The conviction of Robert Xie for the blood-soaked, savage murder of five members of his wife’s family in 2009 – against his alibi and absent a credible motive – took four trials, including the longest trial in NSW legal history for a single defendant, and over $1 million in costs to the taxpayer. In Part 1 we examined the judge’s role. The subsequent appeal, on eight grounds, against the conviction was dismissed. In Part 2 we examine the role of the Appeal Court judges.

The guilty verdict against Robert Xie resulted from a combination of errors, starting with the police investigation (as is common), continuing through the Office of the Director Public Prosecutions and into the trial, where even Her Honour Justice Fullerton was ensnared in erroneous thinking.

It has to be noted that the case of Robert Xie is not of enormous public interest. No media outlets have been howling for justice for him. He is a tainted figure …

His character has been smeared with the allegations (unproven) of sexual abuse of a teenage family member, and the brutality of the massacre that destroyed almost an entire family. The police think he is guilty. The court found him guilty. The appeals court rebuffed his appeal.

He has no public champion, no network of supporters (with the notable exception of his wife Kathy Lin), no resources, no voice – except here.

We submit with respect that the trial judge erred, which is deeply troubling. But when it appears that three judges on the bench of the appeal court have also erred, we regard that as catastrophic failure of the justice system, leaving a man we believe to have been wrongfully convicted jailed for life.

His last words in court after the jury declared him guilty were proclaimed loudly: “I am innocent. I did not murder the Lin family.”

In the wake of the trial where we submit Her Honour erred, the NSW Court of Criminal Appeal seems also to have fallen into error.

The appeal court seems to have no real understanding of, or empathy with, the particular (vulnerable) circumstances of the accused while on remand, being dragged into a stilted conversation with a criminal he had never met. This is the accused who had earlier been subjected by police to “psychological warfare” including subjecting him to a torrid interview characterised by sardonic and sarcastic comments by the police, and a refusal to allow the suspect to have an interpreter, as his defence counsel in Trial 3 told the court. 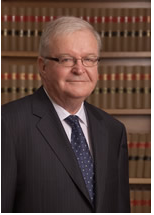 Here is a telling exchange at the appeal between Xie’s counsel Belinda Rigg and the Chief Justice (and the other two justices) on the bench that demonstrates this disconnect, following the scrambled covert tape recording of a conversation between Xie and Witness A, the informant:

RIGG: So there is “yeah (untranscribable)” and the applicant continues to talk about other things. The applicant’s complaint is that Her Honour, in directing the jury about this conversation, described the relevant evidence as the applicant saying “yeah yeah” instead of “yeah (indistinct)”. The respondent, at paragraph 592, has submitted that that was an open interpretation of that conversation, or perhaps even a likely one. However, the extract here that is extracted in the written submissions was the agreed transcript tendered by the Crown at trial and it wasn’t the Crown case at trial that the applicant had said “yeah yeah” in responding to the witness in that respect.
BATHURST CJ: What is the significance of that?
RIGG: The alleged original conversation about sedation was an important but highly contested aspect of the Crown case and the defence case was that this recorded conversation doesn’t contain, in effect, an acceptance by the applicant of what it was that the witness had said to him in circumstances where the translation is indistinct and the applicant went on to speak about something else.”

The point Xie is making (through Rigg) is that he was merely being polite, nodding and letting the conversation flow, mumbling ‘Yeah’ as one does – not so much in agreement but in participation. By turning the scrambled sound on the recording into a second ‘yeah’ when directing the jury, Her Honour added an emphasis that is prejudicial. It is clearly unreasonable and dangerously in error – lacking judgement, let’s say.

Or as Rigg said: “The complaint is that in telling the jury that what the applicant said was “yeah yeah”, the Crown case was put on a much firmer basis than the evidence warranted.”

But Justice Hulme failed to understand the point, as did Justice Beech-Jones and as had the Chief Justice.

HULME J: Isn’t the significance not so much whether he said “yeah” once or “yeah” twice but the fact that he didn’t say, “What? What are you talking about?”?
RIGG: Yes.
HULME J: What does it matter whether her Honour said “yeah” twice rather than “yeah (indistinct)”?
RIGG: Because the case as presented for the applicant at trial was that he was in difficult circumstances in custody, had limited English ability and continued on conversations with Witness A and, in this regard, perhaps one that he didn’t completely understand, comprehend or hear the full effect of what it was that he had said and that the “yeah”–
BEECH-JONES J: I don’t see how that is undermined by “yeah yeah” as opposed to “yeah (indistinct)”.

Yeah, well, with respect, that is precisely the problem, your Honour; that you don’t see.

And a little later, he said this:
BEECH-JONES J: So counsel was, with all of the other criticisms of him, all
over this. This whole part of the transcript I have got to think is all about counsel putting things about the case on Witness A and he is all over the reference to “yeah”. He is at the trial saying – well, he doesn’t seem to say anything at 15, big difference between “yeah yeah” and “yeah (indistinct)”.

As the High Court made clear at the hearing and in its judgment in the Pell case, it isn’t the role of an appeal court to duplicate the function of a jury. Their primary task is to assess the evidence as an appeal court, with an appeal court’s regard for the factors that should condition the assessment of evidence. That means all the evidence – including exculpatory evidence. It also means considering the purpose and proper effect of the directions given by the trial judge under the Jury Directions Act.

What was (inexplicably) omitted from the appeal grounds is that the (indistinct) part of the covert recording lasts about 5 seconds – far too long for it to be just a second ‘yeah’.

Of all the forensic sciences, one that is virtually unknown to the general public – yet which is in daily use or misuse – is forensic transcription. This is predicated on the science of phonetics, and applied most importantly to covert recordings in criminal trials. Injustice can easily result from use of a recording that is hard to decipher without proper expertise.

Proper expertise hardly ever means the police, whose transcriptions are far too prone to cognitive bias, not to mention lacking in scientific probity, says Dr Helen Fraser, who has lectured on phonetics in universities for almost two decades and is now an independent researcher, helping courts to ‘hear the truth’ in covert recordings (forensictranscription.com.au).

The choked, panicked words “I shot the prick!” recorded in an emergency call played at a murder trial would have been significant evidence … unless what the man actually said was “I can’t breathe!” Deciphering recordings like this needs expertise in phonetics, arguably the least known of the forensic sciences – but Australian law gives the task to detectives, calling them ‘ad hoc experts’. This needs reform, say forensic transcription specialists.

In her experience, “creating a reliable transcript of indistinct audio is a specialised task, requiring real, not ‘ad hoc’, expertise. “Listening many times is necessary, but far from sufficient. This is because viewing a transcript while listening to indistinct audio is liable to “prime” listeners to hear in line with the transcript even when it is manifestly inaccurate. Managing “priming” effectively requires expertise in specialised branches of linguistic science.”

One blatant example, Dr Fraser says, was a series of six sections in a muddy, indistinct covert recording. The detectives produced a transcript in which the word ‘heroin’ appears in every one of these sections. On investigation, she says, no such word had been uttered.

Considering that the result of a major multiple-murder trial – such as this one – can be influenced by one disputed word in a covert recording, you would think the legal system could crawl into the 21st century and make proper use of forensic transcription predicated on the science of phonetics that is now readily available.

For more on phonetics, see our report Did he say ‘I shot the prick’ or ‘I can’t breathe’?

There is a troubling similarity with aspects of the Sue Neill-Fraser case (see our section selection menu at right). For example, in both cases the prosecution failed to prove beyond reasonable doubt that the accused was at the crime scene at the relevant time. In such cases, circumstantial evidence means little. Another example: the prosecution at both trials made use of unreliable evidence from criminals seeking some return for their collaboration.

See here for the details of Ground 6 of appeal:

NB Ground 8 of the appeal to the NSW Court of Criminal Appeal contended that a miscarriage of justice was occasioned by a number of acts and omissions of the appellant’s counsel at trial. The High Court does not consider such matters.