The choked, panicked words “I shot the prick!” recorded in an emergency call played at a murder trial would have been significant evidence … unless what the man actually said was “I can’t breathe!”. Deciphering recordings like this needs expertise in phonetics, arguably the least known of the forensic sciences – but Australian law gives the task to detectives, calling them ‘ad hoc experts’. This needs reform, say forensic transcription specialists.

Of all the forensic sciences, one that is virtually unknown to the general public – yet which is in daily use or misuse – is forensic transcription. This is predicated on the science of phonetics and applied most importantly to covert recordings in criminal trials. Injustice can easily result from use of a recording that is hard to decipher without proper expertise.

Proper expertise hardly ever means the police, whose transcriptions are far too prone to cognitive bias, not to mention lacking in scientific probity, says Dr Helen Fraser, who has lectured on phonetics in universities for almost two decades and is now an independent researcher, helping courts to ‘hear the truth’ in covert recordings 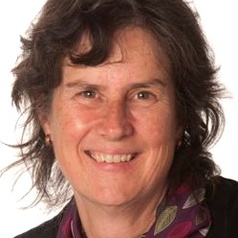 In her experience, “creating a reliable transcript of indistinct audio is a specialised task, requiring real, not ‘ad hoc’, expertise. Listening many times is necessary, but far from sufficient. This is because viewing a transcript while listening to indistinct audio is liable to “prime” listeners to hear in line with the transcript even when it is manifestly inaccurate. Managing priming effectively requires expertise in specialised branches of linguistic science.”

One blatant example, Dr Fraser says, was a series of six sections in a muddy, indistinct covert recording. The detectives produced a transcript in which the word ‘heroin’ appears in every one of these sections. On investigation, she says, no such word had been uttered.

It may seem unlikely that those two phrases as different as ‘I shot the prick’ and ‘I can’t breathe’ could be mistaken – until you hear the recording. You can listen for yourself  in the audio box headed ‘Why we need forensic phonetics’.

The speaker, New Zealander David Bain, was 22 when in 1995 he was convicted of murdering five members of his family with a shotgun, and sentenced to life in prison. Businessman Joe Karam believed Bain was innocent and guided Bain’s legal team in a successful appeal to the Privy Council, which ruled there had been a substantial miscarriage of justice. “The audio was not actually used in the appeal trial because the judge finally accepted the evidence of multiple phonetics experts that the police transcript (‘I shot the prick’), though compelling to listeners’ perception, was inaccurate,” Dr Fraser explains.

“However, it was released into the public domain after the trial, and many who heard it agreed with the (inaccurate) police version – demonstrating the powerful effect it could have had in the trial.”

In the famous Oscar Pistorius murder case, testimony is reported everywhere as including the words ‘She wasn’t breathing’, but close analysis reveals a different interpretation. “I think he is saying ‘She was everything’ and that interpretation is supported by acoustic analysis, using a spectrogram – which would look very different if he had said ‘wasn’t breathing’, explains Dr Fraser.

In the case of six-year-old American beauty queen, JonBenét Ramsey, who was murdered in 1996, investigators suggest noises heard at the end of the phone call in which JonBenét’s mother reported her missing contain words showing the family was involved in her murder. Again, while many are persuaded to ‘hear’ the words suggested by police, phonetic analysis makes clear they are a fanciful interpretation.

after 30 years, time for reform

The problems identified by the linguists relate to four key areas: transcription of indistinct English, translation of material in languages other than English, attribution of utterances to speakers, and enhancing of poor quality audio. According to Dr Fraser, they stem from the High Court judgement in Butera (1987), which set the precedent for allowing police transcripts to be provided to the jury for evaluation.

After 30 years, says Dr Fraser, it is “time to create a process that ensures covert recordings used in evidence in court are interpreted reliably and fairly.” Since covert recordings are made secretly, it is difficult to control the recording conditions – likewise for emergency calls. The result is often very poor quality audio. “It is essential to establish accurately who is speaking and what they are saying.” That, of course, is the very purpose of the recording.

These issues (among others) will be raised at the conference of the International Association of Forensic Linguists, to be held in Melbourne July 1-5, 2019, at RMIT . Dr Fraser, Michael Walsh (University of Sydney), Janny H C Leung (University of Hong Kong) and Chris Heffer (Cardiff University) are keynote speakers. The 2019 International Congress of Phonetic Sciences will also be held in Melbourne, August 5 – 9, 2019.