He had an alibi. Why was he charged, tried and convicted? Robert Xie and his wife Kathy have always maintained he was in their bed beside her at the relevant time on the night of the Lin family murders, for which he was sentenced to life imprisonment without parole in 2017. As the three learned judges retired last week to consider his appeal against the five murder convictions, they will come face to face with the single most crucial aspect of the case: Xie’s alibi – which the Crown has not disproved beyond reasonable doubt. Phillip Chapman’s July 3, 2020 comment on this is published here (with a background briefing) to bring it to greater prominence for our readers.

Background briefing: The prosecution argued that Robert Xie sedated his wife on the night of the murders so he could secretly commit the crime, but was not able to provide any credible evidence for that assertion. Detective Joe Maree even gave evidence to the effect that their physician, Dr Goh, had not prescribed any sedatives for either Robert or Kathy.

The Crown was left relying on the testimony of Witness A, the jail snitch who was trying to entrap Xie.

It was a conversation transcript which is not in the court transcript. The Crown says he is talking about how Robert previously mentioned sedating his wife. Robert’s answer according to the conversation transcript (prepared by the police) is ‘yeah … indistinct’. It was played for the appeal court, and is practically useless; the background noise is overwhelming. Witness A is said to have been unable to later decipher the scratchy recording himself.

We reported on the little known forensic science of forensic transcription for criminal trials in June last year, and the unreliability of such covert recordings (Did he say ‘I shot the prick’ or I can’t breathe’) with the benefit of expert comment from Dr Helen Fraser of forensictranscription.com.au which specialises in such work. As we wrote, “Injustice can easily result from use of a recording that is hard to decipher, without proper expertise.”

‘Proper expertise’ hardly ever means the police, whose transcriptions are far too prone to cognitive bias, not to mention lacking in scientific probity. She points out that “it is unrealistic to expect that all relevant inaccuracies in a police transcript will be detected by defence teams, by juries following the “aide memoire” instruction (of the judge), or even during judicial evaluation of its potential to be more prejudicial than probative. Indeed, cases are known of significant inaccuracy in police transcripts remaining unnoticed throughout a trial.

“This is because viewing a transcript while listening to indistinct audio is liable to “prime” listeners to hear in line with the transcript even when it is manifestly inaccurate. One blatant example, Dr Fraser says, was a series of six sections in a muddy, indistinct covert recording. The detectives produced a transcript in which the word ‘heroin’ appears in every one of these sections. On investigation,” she says, “no such word had been uttered.”

Grounds of Appeal (Ground 6) – extract:
Witness A gave evidence about a conversation he said occurred on 16 June, 2012 in the exercise yard in custody, by reference to his notes to the police dated 18 June, 2012 (MFI 112). This conversation was not recorded. The witness was permitted to read from a number of his notes to the police, as a refreshed memory. Her Honour informed the jury the first time that this occurred that they were not recorded conversations and the question of whether they occurred was still a matter for them, despite him being allowed to give the evidence this way.

The witness stated he said to the Applicant ‘Tell me, if l want to sedate somebody, what is a medication that isn’t too dangerous?’ The Applicant is alleged to have said ‘What do you mean dangerous?’ to which the witness responded ‘Okay, I remember reading in the paper before about somebody sedating someone and the medication was too strong, and the person died accidentally.’ The Applicant is alleged to have said ‘I don’t know about this subject.’ The witness said he then continued ‘No, I understand, but the reason I ask is because when you say before Kathy was sedated during the murders, obviously the medication you used was a safe one because she had no problems. Maybe I can use this method in the future.’ He noted on the paper that there was no verbal response, but [the Applicant] shook his head and waved his hand.

During cross-examination Witness A said he was not aware that one of the weaknesses in the police case was that Kathy Lin had indicated that the Applicant was at home with her the evening of the murders. However he agreed, when referred to evidence at the last trial, the first time he brought up the topic of opportunity to commit the crimes the Applicant said ‘no, not me, I’m at home sleeping.’

The two major complaints regarding the trial judge’s treatment of the evidence regarding alibi are her Honour’s misquotation of the recorded conversation, and repeated suggestion that Witness A had no means to know, so as to be motivated to make up the unrecorded conversation, that it could be of interest to the police. This is submitted to be incorrect as a matter of fact and principle.

… her Honour … misread the crucial line as the Applicant saying ‘Yeah, yeah.’ Instead of ‘Yeah [indistinct].’ This changes dramatically a vague and indistinct assent to a firm acknowledgment. The ‘Yeah [indistinct]’ is important in the flow of the conversation, particularly given the Applicant’s limitations in English at the time, and the prospect that the one particular word ‘sedated’ had not been heard, not understood or misunderstood. 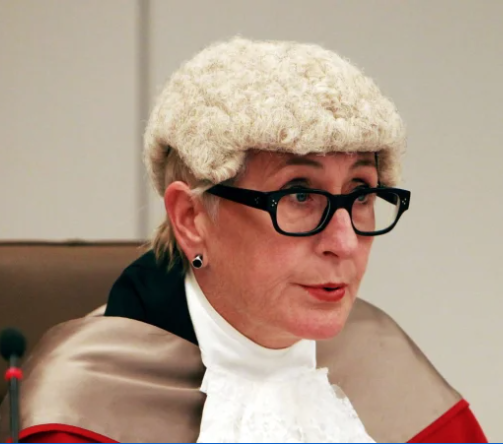 Her Honour said (to the jury):

There is no evidence, ladies and gentlemen, as to how Witness A could have had access to any information about the police investigation before he first spoke with police at the end of 2011. There is no evidence as to how Witness A had any information as to the time of the death of the deceased or that the accused could assert an alibi in defence of the charges.’

But it was plain from his evidence of their discussions and the recorded conversations that Witness A knew Xie had a wife.

Ground 6 contd: This support for Witness A’s evidence regarding the sedation conversation was not one advanced by the Crown, and was repeated by her Honour a number of times.

It is submitted that it was not for the defence to establish that Witness A had means of knowing the police might be interested in his opportunity to commit the crime. If such an argument was to be relied on in advance of the Crown case, it should have been the subject of evidence adduced (and addressed upon) by the Crown.

Phillip Chapman writes:
Since Mr Xie has offered an alibi, the Crown is obliged to disprove it beyond reasonable doubt. It is definitely not up to Kathy Lin to prove the truth of the alibi. The ‘sedation’ scenario is introduced by the Crown to bolster their disproof. The judge gives a direction regarding alibi evidence. There is historical legal argument about this.

“It seems to me that in every case where that situation is met, there are three possibilities, all three of which should be explained to the jury.
“One is that they accept the alibi, in which event they would be obliged to acquit. The second is that they reject the alibi, in which case they would not necessarily convict but must assess the evidence as a whole. The third possibility is that although they do not accept the alibi, they also do not reject it in the sense that they regard it as something that could reasonably be true. In that event also, in such a case, they must acquit.”

Now, it would seem to me, that the very first task of the jury is to decide whether they accept the alibi or consider that it could be true. (Anyone who is unsure whether it is true or not is, in effect, admitting that they think it could be true.) If 12 jurors think it is or could be, then there is nothing else to consider. They must acquit. Return a verdict on day 1.

As we know, a (lack of) verdict in Trial 3 took the jury many days, so there was a juror who found that the alibi had been negated. Think about Trial 4. There must be at least 11 jurors who are sure the alibi has been negated. I find that hard to believe. They must have seen something that was opaque to the public gallery. The ‘sedation’ story was simply rubbish. Kathy Lin may possibly be mistaken that one time or other in the past she had not been aware of Robert having got up and returned to bed later … but that is not proof of error.

I have no reason to imagine that the jurors in Trial 4 were skilled in avoiding the shambles described on these pages in Trial 3.

If any Trial 4 juror sees this article and writes in, I am sure their comments would be welcome. More to the point, any juror who returned a ‘guilty’ verdict yet thought the alibi could be true has erred. Such error needs to be corrected. There are remedies available which incur no penalty to the juror.

I understand that the Alibi Direction given by Justice Fullerton was slightly different and certainly less clear than what is quoted from the Amyouni judgment. This lack of clarity has very likely led to a terrible outcome. I know for a fact that the importance (and time efficiency) of considering the alibi evidence as Topic 1 was certainly not made clear to them. If the jury has failed to assess alibi evidence correctly, it sadly comes as no surprise, for reasons I have just outlined. The subsequent injustice visited upon Mr Xie is unspeakable.

Respectful comments are welcome; please include your full name (and if wishing anonymity, please advise on what basis). See COMMENT RULES

9 Responses to Robert Xie’s alibi – in bed with wife