Something rotten with Australian justice

Recent events in Australia give little cause for optimism that we have either a clean, efficient and effective criminal justice system or an incorruptible and just policing regime, writes DR AUGUSTO ZIMMERMAN in Quadrant (3/1/21), as he deconstructs the appalling travesty of the John Fleming case in South Australia. And sees “something rotten with Australian justice more broadly”.

“The Fleming case shows above all else that Australia’s justice system deficits are by no means confined to Victoria. It reveals that there is something rotten with the state of South Australian justice, and, indeed, with Australian justice more broadly,” he writes. We concur. Just look through our reports…. 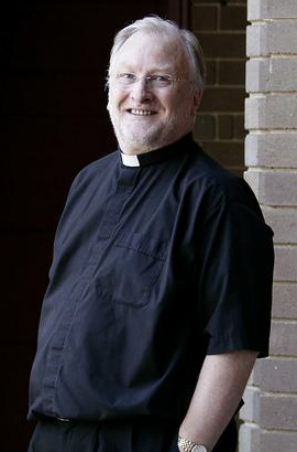 As Zimmerman outlines, “John Fleming is a Catholic priest living in retirement in South Australia. He was initially a married Anglican priest. He has a family. He is a widely published scholar with an international reputation in the field of bioethics. He has been an eminent media commentator in his home state of South Australia. He was the inaugural President of Campion College, Australia’s highly regarded liberal arts institution in Sydney. The appointment to Campion bespoke the esteem in which Father Fleming was held: a respected priest and academic of unblemished character.”

In brief: “His career, reputation, financial security and family life were all but destroyed when, in 2008, the local Adelaide paper (the Sunday Mail, the stablemate of the Advertiser) ran a series of unsubstantiated allegations made by a journalist, Nigel Hunt, against John Fleming of the historic sexual abuse of a minor. These allegations had been previously examined and dismissed by the police in South Australia, casting extreme doubt on their veracity. There were other allegations made, but the claim by witness “Jane” was the most serious, as it alleged the criminal sexual abuse of a minor.”

Zimmerman takes a legal baseball bat to “the manifest legal shortcomings of the judgment of His Honour Malcolm Gray of the South Australian Supreme Court in the initial Fleming case, shortcomings repeated in Fleming’s subsequent appeal to the full South Australian Supreme Court, and finally in the refusal by the High Court to entertain Fleming’s legal arguments in his final appeal. The High Court refused with no explanation, a refusal seemingly based on the assumption that the Fleming application for leave to appeal did not raise any questions of general importance, that is, unsettled matters of law. With the greatest respect to the High Court, this was simply not the case.”

Another baseball bat is wielded by Emeritus Professor of Law David Flint: Arguing the Briginshaw principle, but losing in the lower court, he appealed and lost again in the South Australian Supreme Court in 2016. The Court surprisingly played down Briginshaw, claiming later High Court judgments do not import that presumption into the civil arena and that it was incorrect to raise it to an “onus”, “standard” or “principle”.

Yet in a subsequent case concerning allegations of fraud and not sex abuse, Poniatowska v Channel Seven (2019), the same court applied Briginshaw, restoring it to the status of a “principle”.

As we saw in the Geoffrey Rush case, this principle is crucial for those accused of sexual abuse. But the High Court has twice inexplicably refused to review Fleming and clean up the confusion.

Not to do so leaves the Court open to the criticism that rather than attending to core functions, it is more interested in producing, as they did recently, constitutional interpretations which would have the founders rolling in their graves.

The Melbourne Law Review explains: Briginshaw directs a court to proceed cautiously in a civil case where a serious allegation has been made or the facts are improbable. If the finding is likely to produce grave consequences, the evidence should be of high probative value. The Briginshaw test focuses attention on the standard of the evidence required to prove the case to the ordinary civil standard—it is not a change in the standard of proof. There is no third standard of proof in the common law. More proof means nothing more than better evidence.

Zimmerman is critical that “Judge Malcolm Gray simply preferred the uncorroborated narrative offered by complainant “Jane”, often in the face of evidence that powerfully contradicted Jane’s version of events. Perhaps Gray was simply swept up in the emerging ideology of “always believe the victim”.

“Second, the judge in the Fleming case failed to give due and proper regard to the difficulties associated with defending allegations as to conduct said to have occurred many years ago, particularly when key witnesses are no longer alive. When the plaintiff becomes defendant, has to, in effect, prove a negative, and has lost over time access to potential exculpatory witnesses and associated records and evidence, the task of winning a civil action related to an ancient accusation and in the face of a judge overly sympathetic to the complainant’s “narrative” becomes next to impossible.

“The complainant’s contradictory and uncorroborated testimony was anything but compelling, as the trial transcript demonstrates.”

Among several other issues, Zimmerman is also deeply concerned at errors continuing at the appeal, “The appeal judges stated that any prejudice involved in witnesses unable to testify due to death or infirmity should be visited on the appellant. The reason these witnesses were unavailable to testify is the extraordinarily long delay in the complainants making their complaints. This ruling by Vanstone et al was not made on the basis of any stated authorities and may well now become a precedent for other cases. This is outrageous. Why did the High Court not see that this was a matter of law crying out for clarification?”

* Dr Augusto Zimmermann is Professor and Head of Law at Sheridan Institute of Higher Education in Perth, and Professor of Law (Adjunct) at the University of Notre Dame Australia, Sydney campus

This entry was posted in Case 15 John Fleming. Bookmark the permalink.

5 Responses to Something rotten with Australian justice