When ‘she said’ removes safeguards of the law

It is not the first time that police have recklessly charged and detained an innocent man on child sex abuse related charges, just on the say-so of an accuser. Evidence would be a good start … (Most recently we reported on the case of John Fleming – and Cardinal Pell) This case highlights the urgent need for reforming the current process that effectively denies the accused any safeguards, with terrible consequences for them – and a waste of public resources. (In February 2019 we reported on Daniel Jones, and in September 2020 on the Cook family’s extraordinary ordeal. And let’s not forget ‘Paul’…)

Police should be mindful of the Briginshaw principle that applies (or should) in court. Briginshaw directs a court to proceed cautiously in a civil case where a serious allegation has been made and/or the facts are improbable. If the finding is likely to produce grave consequences for the accused, the evidence should be of high probative value. In other words, police should be reasonably certain that they can provide the court with evidence of ‘high probative value’ – not just ‘she said’. And this especially applies in a criminal matter, which demands an even higher standard of evidence than a civil matter. 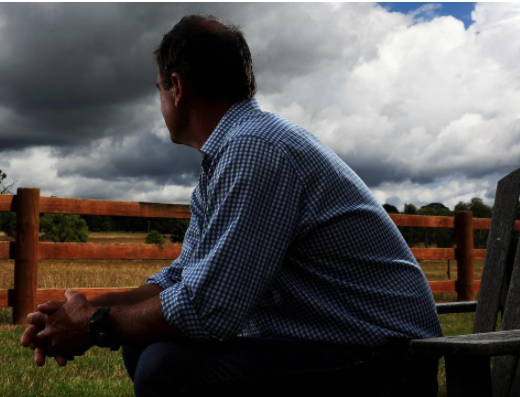 Accused of shocking and improbable sexual violence by a female, a NSW father of two has endured months of trauma after police treated him as if he were guilty of the 88 charges from the moment they arrested him in May 2020. It was not until December 22, 2020, when the matter finally appeared in the Downing Centre Local Court, when the prosecutor told Deputy Chief Magistrate Jane Mottley that all the charges against Thompson were being withdrawn.

Among the red alerts police ignored prior to arresting Thompson:
* The girl claimed Thompson had also murdered six people in the area made infamous by serial killer Ivan Milat;
* The girl claimed he showed her remains of people buried there;
* There were not six unsolved murders that matched her claims;
* The police had no evidence supporting the sex allegations, nor evidence of injuries that would have been inflicted, DNA evidence nor any firearms or ammunition discovered;
* There were also conflicting elements of the girl’s account, like the locations of where certain people lived during the alleged attacks – this also known to police prior to the arrest

Examples of such incompetence are meant to be learning experiences – not templates. Thompson should succeed in having his costs met by the state, and the police Commissioner should urgently and comprehensively attend to police procedures. And perhaps Thompson needs to sue for wrongful arrest and succeed, to establish that there are consequences to such a failure – and perhaps prompt better attention to the rule of law by those administering it.

He had just kissed his wife and children goodbye for the day and was on his way to work on May 20, 2020, when police cars surrounded his vehicle. His punishment had already begun …

(The following is an edited version of the story in the January 10, 2020 Sunday Telegraph by Brenden Hills.)

Stephen Thompson (not his real name*) was ordered to lie face-first on the road while one of many heavily armed police officers pressed him into the bitumen and cable-tied his hands behind his back.

“I then recall being approached by a couple of detectives who asked me my name and then said I was under arrest for child sex offences,” Mr Stephen Thompson said. He was cuffed and taken to the local police station where he learned the full extent of the charges.

And it was as bad as it gets — 88 individual charges and allegations that he had inflicted some of the worst sexual violence imaginable against a young girl over a decade, starting in 2007. The allegations also included the making and distribution of child sex images and firearms offences.

The father of two was placed in a cell while police searched every corner of his home in front of his terrified wife and two young children. 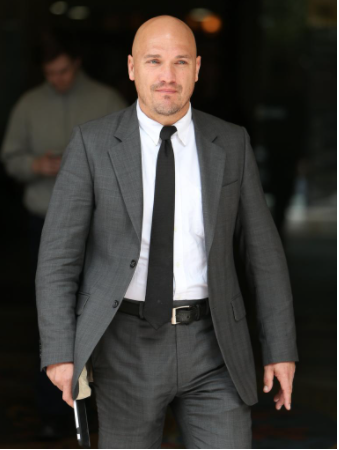 He soon received a call from his lawyer, Simon Joyner (left), who said the charges were so serious that police had refused him bail.

“I just thought: ‘How on earth can this happen to someone?’,” Mr Thompson said.

“I have done nothing wrong but these people have invaded my life and taken my freedom.”

Some hours later, one of the detectives came to Mr Thompson’s cell and gave him a 20-plus page summary of the offences he was accused of committing.

“I felt sick the more I read, it was absolutely disgusting,” he said.

“It was so extreme and crazy … After reading the 88 charges, I just broke down.”

Mr Thompson spent six days behind bars before Mr Joyner ran a bail application and he was released from Parklea Prison.

The following day, FACS turned up at his home and his children had to live at an alternative address because of the nature of the charges.

Meanwhile, word was spreading around town and his business contacts and networks were deserting him.

Mr Joyner wrote to the police in charge of the case and requested all of the charges be withdrawn.

The solicitor submitted that the allegations made by the girl never occurred.

“I say it is a fabrication from a child that has mental health issues of which NSW Police should be aware,” Mr Joyner wrote.

One of the key points was a statement the girl made to police after Mr Thompson’s arrest, claiming Mr Thompson had also murdered six people in the favoured hunting ground of serial killer Ivan Milat.

It is alleged (the girl) witnessed my client shoot someone,” Mr Joyner wrote.

“Further … (the girl alleges) my client showed her the remains of people (maybe three), she says my client ‘killed’ … in Belanglo (State Forest).”

But there were not six unsolved murders that matched up to what the girl described.

Mr Joyner also pointed out there was no evidence supporting the sex allegations, including evidence of injuries that would have been inflicted, DNA evidence or the discovery of any firearms or ammunition.

There were also conflicting elements of the girl’s account, like the locations of where certain people lived during the alleged attacks, Mr Joyner wrote.

The case against Mr Thompson appeared to have been sunk, but the justice system is notorious for moving at a glacial pace.

When the matter finally appeared in the Downing Centre Local Court on December 22, the prosecutor told Deputy Chief Magistrate Jane Mottley that all the charges against Mr Thompson were being withdrawn.

“I cannot understand or grasp how someone could do something so evil but I hope she can get the support she needs to become a respectable individual,” he said.

He also said he understands that police investigating child sex offences often only have the word of the victim to go on and have to act quickly to protect children.

“I appreciate the difficult work and huge challenges the police face in performing their job to protect children,” he said.

“But, surely, the system needs to be changed so there are more checks and balances of allegations and the people making them to reduce the chance of innocent people experiencing what I have been through.”

He is also considering whether to pursue a civil claim for malicious prosecution or wrongful arrest and detention.

*Identity has been changed to comply with a court non-publication order to protect the identity of the complainant.

8 Responses to When ‘she said’ removes safeguards of the law