The evil genius of the feminist enterprise

Police officers across the country all reported last week that they are told never to take action against a woman caught out making false violence or rape allegations, lest punishment of false accusers deters genuine victims from coming forward, reports BETTINA ARNDT, as she recounts a case where police and the DPP ignored clear video evidence revealing a man’s former wife’s rape and assault allegations to be “demonstrably false” said the judge. Yet she suffered no adverse consequences.

Imagine a sexual encounter involving a woman shagging a man, sitting on top of him, bouncing cheerfully. How could she be a rape victim? 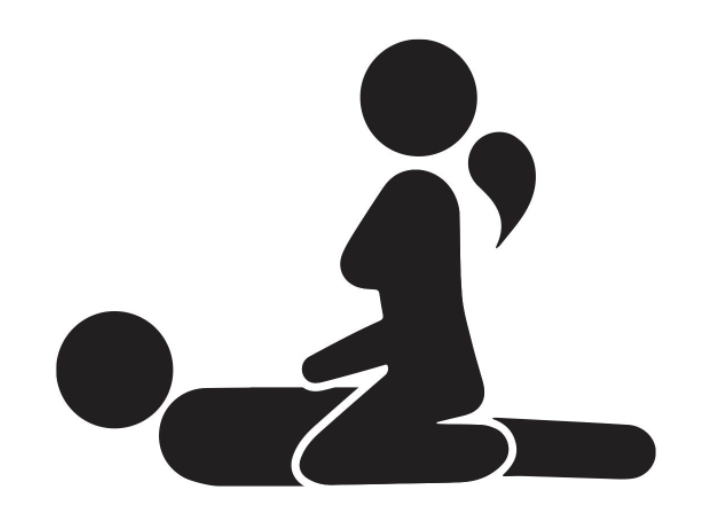 That was a key question at the heart of a case settled two years ago involving a Sydney man who achieved a substantial payout as settlement of a $1m malicious prosecution # case against NSW police and prosecutors. The case exposed the disgraceful behaviour of police and the DPP in ignoring clear video evidence revealing his former wife’s rape and assault allegations to be falsehoods, the authorities’ role in encouraging her to concoct new allegations, and their lies told in court to try to keep him in prison.

The settlement came at the end of a five-year ordeal for the man – I’ll call him “Peter” – after his former wife, a medical specialist, told police he had raped her a few weeks after the couple had split up in 2015. The marriage fell apart when Peter discovered she was having an affair, but the couple then had a brief reconciliation which culminated in consensual sex on the day in question.

Two months later Peter was arrested and charged with sexual assault and violence when he returned from a work trip to Europe. He spent a month in prison and over $350,000 in legal costs before the allegations were thrown out after a 10-day jury trial. The judge described the wife’s evidence as “demonstrably false” and said that the prosecutors had failed to take into account “clear and consistent, objective evidence” backing up Peter’s claim that he was being wrongly accused.

Peter had installed video cameras which recorded the whole sexual encounter, giving a lie to the wife’s allegation that he had jumped her immediately following her arrival at the former marital home. The cameras showed them fully dressed for almost an hour prior to the consensual sex which featured the woman in flagrante delicto, sitting riding him on the couch.

And… wait for it…. During their lively encounter the video evidence showed she actually stopped to ask if he was ok!

The doctor has suffered no adverse consequences for her malicious lies. Peter’s efforts to have her charged with perjury have received persistent knockbacks from police, the DPP, and other relevant complaints bodies.

That’s our justice system. Women accusing men of rape or violence have absolute license to perjure themselves in our courts and concoct elaborate mistruths which, even if proved false, will very rarely bear any adverse consequences.

The official policy of our police and prosecutors is that women can lie with impunity. This week I canvased police officers across the country who all reported they are told never to take action against a woman caught out making false violence or rape allegations, lest punishment of false accusers deters genuine victims from coming forward.

That’s the mantra making a mockery of our rule of law. Undermining our justice system. Encouraging women to play fast and loose with the truth.

Look what happened in our family court system, where false allegations have long been rampant. The Howard Government made a noble effort to impose penalties aimed at reining them in, only to have their reforms rolled back by Labor’s mean girls as soon as they gained power.

A year later, the Howard government was gone and suddenly all the talk was about risks to children from violent dads. A Chisholm Review into violence and family law dutifully concluded that the cost orders provision might deter vulnerable parents from disclosing family violence and by 2011 Julia Gillard’s team had changed the legislation to ensure there were no longer any consequences for perjury.

That’s been the case ever since. At hearings for the recent parliamentary inquiry into the family law system, a Deputy Secretary from the Attorney General’s Department showed that between 2014 and 2019 not a single family law-related perjury matter was investigated by Commonwealth prosecutors.

I wrote last year about research showing family court judges determined that only 12 % of the child sexual abuse allegations involved in contested cases were found to be true. Accusations of abuse that were deliberately misleading were found to be twice as common as true allegations, according to the study by Webb, Moloney, Smyth and Murphy, which reviewed family court cases from 2012 to 2019.

Think about all those wrongly accused fathers, deliberately alienated from their children by such horrendous lies, children forced to suffer through embarrassing, damaging interviews from experts attempting to weed out the truth. Not one of these mothers faced legal consequences for what she did.

The doctor continues on her merry way

The same unwritten rule applies in magistrates’ courts dealing with the weekly flood of false domestic violence allegations and the criminal courts handling sexual assault. Everyone knows that police and prosecutors will accept the most preposterous allegations and even if they ultimately get thrown out in court, the instigator gets off scot-free.

In Peter’s case, his ex-wife is still out there, despite her allegations having cost taxpayers a fortune – well over $200,000 for the trial alone, plus Peter’s settlement, let along the years of police and prosecutors’ time.

The good doctor continues to practice medicine, even though court proceedings revealed she was addicted to Tramadol and other prescription medication for which she had frequently written prescriptions in her husband’s name. Peter reported her to the Health Care Complaints Commission, which decided not to investigate because it was “a private matter”. Go figure… can you imagine they’d ever take that decision if a wife provided similar evidence about her doctor husband?

The argument about perjury charges deterring proper victims is spurious nonsense. Perjury charges would never be applied in cases where the allegations simply failed to be proved in court. Actual victims, or women who mistakenly believe they are victims have nothing to fear.

It’s a high bar proving someone has intentionally lied or falsified evidence, a big job to find them guilty beyond reasonable doubt of such malicious behaviour. But in cases like this, where police and prosecutors are forced to pay out for ignoring irrefutable evidence that the allegations were false, that bar would likely be reached. Surely proper justice demands Peter’s former wife pay some price for what she did.

The constant silencing of public discussion about the proliferation of false allegations prevents examination of the benefits of introducing measures to deter perjury in our courts, including massively reducing demands on our justice system and increasing the resources available to real victims.

Trust in our law depends on an assumption of fair treatment. We need to know that police and prosecutors aren’t there just to act for one side, but to ensure consequences for wrongdoing – wrongdoing that includes maliciously using false allegations to weaponize the legal system against the object of their grievance.

What a blight on our society that so many are discovering that trust in our legal system is misplaced. Our faith in this vital institution is surely being undermined by widespread knowledge that there’s no requirement for women to tell the truth in our courts.

The final twist of the screw is the fact that the low rates of prosecution for false allegations are then used by feminists to claim we should believe all victims – because women so rarely lie. Further proof of the evil genius of the feminist enterprise.

# It was the taxpayer who was penalised, not the lying woman – the malicious prosecution payout comes out of our pockets.

7 Responses to The evil genius of the feminist enterprise