Jurors don’t have the intelligence to provide sound reasons for their collective decisions, according to the legal fraternity’s outdated rules. There is a better way, argues ANDREW L. URBAN.

In a major murder trial that we have taken years to analyse and deconstruct, the jury’s guilty verdict is a head-scratcher. Having only circumstantial evidence, the Crown based its case impermissibly on a circular argument; the guilt of accused is proven by his guilt, to put it briefly. (Yes, the judge failed to notice …) The accused had an alibi, which the Crown attacked with a covert, supposedly incriminating recording by an unreliable jailhouse snitch. At the very least, the jury ought to have entertained a reasonable doubt as to the guilt of the accused. The judge didn’t help matters, with some unclear directions about alibi to the jury. The Crown’s case was always weak, with no evidence as to when the killing took place, while insisting that it occurred within a certain 3-hour window. That window was where the Crown had to negate the alibi – which was supported by the wife of the accused.

The 11-1 guilty verdict followed a trial that had ended with a hung jury. The case screams ‘reasonable doubt’. In our jury system, the accused is prevented from knowing why the jury convicted him. As is the legal system and the public. Enormous efforts and money went into the case, both taxpayer money and his private assets…  Appeals followed. More uncertainty, guesswork as to what the courts will consider appealable error (considering there were many).

This case, extreme as it may be, is not unique. It demonstrates the absurdity of the criminal justice system where a judge’s reasons are mandatory, but a jury’s reasons must remain secret. There is a better way… but first, let’s examine why the system should change and why it should not.

In a newspaper debate between two lawyers in the Sun Herald (March 11, 2008), the pro and con arguments were laid out.

YES TO CHANGE
“Juries in Australia are not required (and not permitted) to give the reasons for their verdict. It is an offence to ask them. This is an out-dated, irrational quirk in our system of justice,” wrote lawyer and writer Mirko Bagaric.

This silence flies in the face of trends in all other areas of law and government where there is a growing need for decision-makers to give reasons for decisions.

If an individual has their rights adversely affected by the operation of the law, they are entitled to know by what power this occurred and how this power applied to their personal situation.

The process of obtaining reasons enables people to understand why they have been treated in a certain manner and gives them a basis for challenging the decision in question.

Logically, the more important the right at stake is, the higher is the imperative to give reasons. But not in our legal system.

The most important decision is guilt or innocence in relation to a serious crime.

Paradoxically it is the only decision that we are not entitled to have explained to us.

The underlying reason for this anomaly relates to distrust of jurors, who are assumed to be lacking in the higher intelligence and knowledge of human behaviour in which lawyers are seemingly over-endowed.

This contention appears to be flawed.

The empirical evidence that has been conducted about jury deliberations in fact shows that jurors have a sound understanding of the law and approach their task in a reasoned manner.

It seems that the rationality gene pool is not exhausted by lawyers. There are of course dangers associated with this.

Jury reasons might show the reasoning of juries is often wrong and hence provide fertile grounds for appeal. It may become apparent that juries often act irrationality and contrary to the law.

They may in fact pay too much weight to their hunches or base their decisions on irrelevant considerations, such as sympathy or dislike of accused people.

Worse still though, is not knowing how they reach their decisions.” 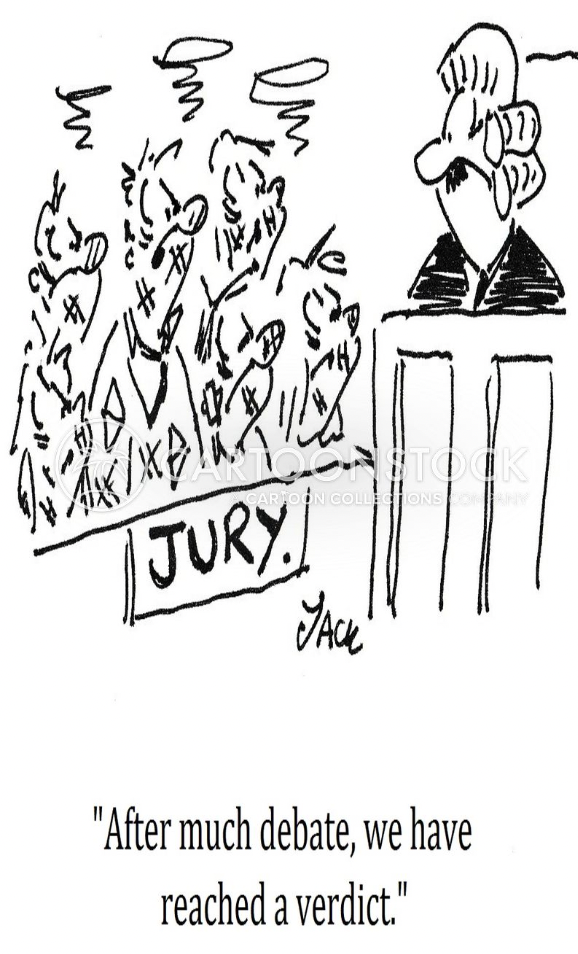 NO TO CHANGE
But defence lawyer Colin Lovitt QC, disagreed.

“Those now baying for important changes are, frankly, reacting emotionally.

There is no better system than the jury system. Juries must have and must expect anonymity after a verdict (unless you want the intrusive media circus of the US).

And what is the basis for calling for a jury to provide the court reasons for its decision?

Apart from turning verdicts into wordfests, why can’t people accept that the jury’s verdict of not guilty meant the Crown did not prove its case beyond reasonable doubt?

It is obvious, if one sits and looks at the evidence, rather than just condemning a verdict because it is unpopular or unexpected, that the jury thought that the evidence fell short of proving this.

Anyone following the trial would be able to discern what led to the result, without requiring the jury to answer a set of interrogatories at the end.

Is it not insulting the intelligence of a jury to infer they must have got it wrong without actually stating your process of logic?

Juries providing reasons would no doubt encourage one side or the other to engage in endless appeals on technicalities.

Some are also calling for the introduction before the jury of evidence of an accused man’s prior convictions.

One of the bastions of the criminal law is that an accused should be judged by the evidence that he or she committed the offence charged, and not that he or she is more likely to be guilty because “they’ve done it before”.

Evidence that merely establishes propensity is not admitted, save in exceptional circumstances.

The last trial of murderer Peter Dupas was a case in point – the evidence of other crimes was relevant to other issues in the case. It has no relevance for Towle.

The media will always highlight the convictions of a person just acquitted by a jury. It is meant to insinuate that if only the jury knew they would have reached a different verdict.

My experience with juries is that they are not so distracted from what is the important evidence and issues in a trial.

Juries are not nearly as easily influenced as journalists. Or academics.”

In the case of Cardinal Pell, for instance, the High Court unanimously upheld Pell’s appeal, stating (inter alia) that on the evidence of the opportunity witnesses, a jury acting rationally ought to have entertained a reasonable doubt. It is arguable that had the jury been required to provide written reasons for its verdict for appraisal by the trial judge prior to its proclamation, that ‘irrationality’ would have alerted the judge to redirect the jury, pointing out the false basis of their verdict. Both the original reasons and the judge’s redirections would form part of the trial transcript for any future reference and/or appeal.

11 Responses to Can the system minimise irrational jury verdicts?