Forensic evidence not always scientific but how would the courts know

The best first thing that could happen in the criminal justice system is the rending apart of the police from the forensic services around the country, and the establishment of a full scale national forensic institute. The courts would benefit from more reliable forensic evidence.

The first thing to note is that flawed forensic evidence often features as a contributing factor in wrongful convictions: 22% according to Australian research (Griffith University). Another major contributing factor is police work, at 39%. Forensic services work very closely with the police – too closely, it is suggested.

The unreliability of much forensic evidence has plagued the courts for years, as we last reported almost exactly two years ago.

Victoria’s Attorney General, Jill Hennesy, called for an immediate national review of forensic evidence over fear flawed police forensics may be putting innocent people in jail.  Daniel Gurvich, QC, chair of the Criminal Bar Association of Victoria, said the Victorian government should now establish an inquiry into the accuracy of forensic science, calling it “a matter of great concern in the administration of justice”.

Two critical American reports, published in 2009 and 2016, led to major changes to the US and British legal systems. Not so in Australia. (It’s one example of how the self-governing justice system is resistant to reform.)

The 2009 report, by the US National Research Council (NRC), advocated for a large, National Independent Forensic Institution (NIFS), to improve the delivery of forensic sciences evidence in criminal trials. Australia already has a body similar in name*, but it can’t do the job envisioned for such a body by the NRC. It is small, with half dozen (very personable looking) staff and it is “neither independent nor transparent”, according to Professor Gary Edmond, Australian Research Council Future Fellow, and Director, Expertise, Evidence & Law Program, School of Law at UNSW.

(* The National Institute of Forensic Science is a directorate in the bosom of the Australia New Zealand Policing Advisory Agency.) 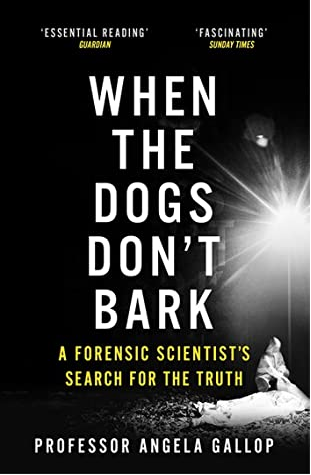 England’s most acclaimed forensic pathologist, Professor Angela Gallop, wrote in her biography, When the Dogs Don’t Bark: “…one really important question that needs to be answered is whether it’s appropriate for the police to be both hunting criminals and, at the same time, deciding what items from the crime scene, victim and suspect are going to be examined and for what; conducting all the necessary tests; then producing what is supposed to be impartial scientific evidence at court. Even if it doesn’t actually matter in a particular case, there’s always the risk, and therefore the perception that it might. And in the minds of many people, ‘perception is reality’.

Forensic services should be independent of the police. As the NRC report put it, it is “vital that any entity that is established to govern the forensic science community cannot be principally beholden to law enforcement, rather it must be equally available to law enforcement officers, prosecutors, and defendants in the criminal justice system.” (That’d turn the heat up …)

“In advocating a national institute the NRC Committee was conscious of the historical proximity of forensic science and medicine to law enforcement. It insists on distance and autonomy because the ‘best science is conducted in a scientific setting as opposed to a law enforcement setting,’” writes Edmond, in his paper What Lawyers Should Know About The Forensic Sciences (Adelaide Law Review). “The title of this essay uses the term ‘forensic sciences’ rather than the singular ‘science’. The distinction is significant. It is important to recognise variation across the forensic sciences. The many problems and issues confronting the forensic sciences and medicine are not evenly distributed. Complicating things considerably, there is no simple correlation between longevity or legal acceptance of techniques and derivative opinions and their validity and reliability.” 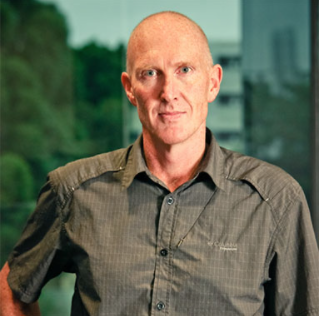 Trials and appeals have not performed well

A standard-setting national institute is intended to go a long way to ensuring that forensic evidence reaches the courts with a stamp of reliability and rigour.

“Trials and appeals have not performed well,” Edmond writes in his blistering critique. “They have not held forensic analysts to account and have not, systematically or otherwise, exposed and addressed pervasive and profound epistemic problems plaguing the contemporary forensic sciences. Trial and appellate judges, and presumably jurors, seem to have accepted that forensic analysts were generally proffering opinions derived from scientifically predicated techniques, where highly qualified analysts had rigorously followed research-based protocols. In many cases, and perhaps most, they were wrong to do so.

“What we should do now, and how we should respond to decades of convictions based on questionable techniques and exaggerated incriminating opinions (mis)portrayed as ‘expert’, ‘scientific’ and/or ‘reliable’, is far from obvious. The question of whether lawyers and judges are capable of domesticating the forensic sciences and what they should do given the inadequacies of historical performances is again, unclear. Bumbling along, as we appear to have done for more than a century, seems not merely misguided but, in the wake of the collective weight of these and other reports, undesirable. Simultaneously, it threatens the legitimacy of traditional criminal justice institutions.”

Taking these informed opinions on board, we recommend the significant scaling up of the NIFS – and carving it away from the police administration – as a first step reform for the Australian justice system, with the clear objective “To improve the scientific bases of forensic science examinations and to maximise independence from or autonomy within the law enforcement community.” And that means “removing all public forensic laboratories and facilities from the administrative control of law enforcement agencies or prosecutors’ offices.”

The first item on the budget for those involved would no doubt be noise cancelling headphones to combat the howls of self-serving outrage from the occupants of those agencies and offices.

On September 17, 2021, we published our respectful request to Tasmanian Police Commissioner Darren Hine, Police Association’s Colin Riley, Sue Neill-Fraser prosecutor Tim Ellis SC and the Director of Forensic Science Service Tasmania, asking them to confirm their trust in the validity of the evidence given by the forensic scientist at trial: the conviction hangs on it. The evidence by the forensic scientist was crucial in the trial, given it was a major part of the circumstantial evidence used to convict Sue Neill-Fraser. But it was totally wrong, as any other forensic scientist will (and would have) told the court, explains Dr Bob Moles in a Letter to The Editor. We will report their response/s if and when we get them.