Curse of the wrongful conviction of loved ones

Partners and other family members are the first people of interest in criminal investigations – and often rightly so. But when the justice system fails and the accused is innocent, the wrongful conviction vastly increases the impact of the punishment. What can be done to avoid – or at least minimise – such MoJs?

Prison is hard at the best of times, how much harder, more traumatic, when the loss of loved ones is followed by being blamed – and jailed – unjustly for it.  It is the exact opposite of crimes where the attacker means to harm their victim. As kids might say, “It’s not fair…” And that’s an understatement. 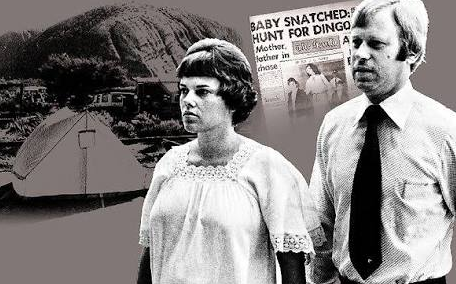 EXAMPLE 1 – didn’t kill his fiancee
They shared a drink and dinner. Planning to marry, happy together. He went to visit his mother, while she had a bath. When he returned, she was dead in the bath. His distraught attempts to revive her failed. He was charged with and convicted of her murder. He spent 20 years in jail before his conviction was overturned. The autopsy contained what the prosecution claimed was the damning evidence against him – and it had been wrong.

He lost the love of his life – and his good name and his freedom (and his money).

EXAMPLE 2 – didn’t kill his lover
He had been the older lawyer’s lover since he was 16. The day before the older man was murdered, they had spent a quiet afternoon together; the older man had taken a nap with his head on the young man’s lap. Next day, the older man was shot in the head and bundled into a freezer. The young man had already driven west for a spell of opal mining (a hobby). He was charged and convicted of his lover’s murder. He spent 14 years in jail before he was ‘kicked out’. After his release (while trying to clear his name), the autopsy that contained what was claimed to be damning evidence against him was re-examined – and it had been wrong.

He lost a lover – and his good name and his freedom (and his money).

EXAMPLE 3 – didn’t kill his wife’s family
The usual Friday night family dinner of grandma’s pork and sticky rice was enjoyed by all, adults and kids alike. Next morning, alerted to his absence by his brother-in-law’s customers, he and his wife went to check and found his brother-in-law’s entire family bludgeoned to death in their home, 300 metres from his. Failing to solve the murders for two years, police charged him in May 2011 with the five murders, building the case around his alibi – on his computer until 2am. The Crown claimed he killed them all after about 2.30am – without supporting evidence. He was arrested, convicted at his fourth trial (2017) and sentenced to life, his alibi (in bed asleep after 2am) confirmed by his wife, notwithstanding. His appeal was dismissed. He is planning a new appeal. He has been in prison (except for 11 months on stints of bail) since May 2011.

He lost his extended family – and his good name and his freedom (and his money).

EXAMPLE 4 – didn’t kill his girlfriend
They were in love. She had a cold and sent him a text, signing as ‘your sick chicky babe’. Days later, her body was found beneath the cliffs at infamous suicide spot, The Gap, but police attention focused on him. It took a while for the Crown to build a case … The main witnesses for the prosecution were a Detective Inspector and an expert witness, who tried to show that the accused could have thrown the victim over the cliff, like a spear. The two had worked closely with each other, and, according to the judge at the appeal, they had presented evidence which was either inadmissible or unreliable. His 2008 conviction (13 years after the 1995 event) was overturned in 2012, after four years in prison.

He lost his fiancée – and his good name and his freedom (and his money).

EXAMPLE 5 – didn’t kill her life partner
They had just bought an expensive yacht together, looking ahead to sailing into their retirement sunsets. He was tinkering below and she went ashore in the dinghy to lunch with his sister, visiting from overseas. Next morning the yacht was abandoned and taking water. He was missing. She was shattered but then it got worse: in 2009 police arrested her for his murder on (what is regarded as unreliable) circumstantial evidence. The trial was plagued by prejudicial behaviour. Her appeal was dismissed. Her second appeal, delayed for three years, was heard at the beginning of March 2021 – and is yet to be decided. She has been incarcerated for 12 years.

She lost her partner – and her good name and her freedom (and her money).

EXAMPLE 6 – didn’t molest his step daughter
He was a sporting, generous and successful businessman, married a second time. He enjoyed his extended family’s love and spoilt them all with gifts and money…. until one day he said no, sorry. By then the girl was a married woman, and she turned against her mother and her husband. She warned she would ruin their happiness, and proceeded to accuse him of historic sexual abuse. The case became a perfect storm of false allegations that defied facts, a police investigation that is self-contradictory and a trial where the judge made false statements – and none of these properly challenged by the defence … The appeal? Dismissed. He spent two years in prison and is still hoping to clear his name of the almost indelible stain of child sexual offence.

He lost his peace of mind and his family’s unity – and his good name and his freedom (and his money).

“The prospect of an innocent person being convicted of a serious crime represents a catastrophic failure of the legal system.” – The Chief Justice of England, Lord Igor Judge (1 October 2008 – 30 September 2013)

Should there be better safeguards to prevent such wrongful convictions? We argue there should – and we propose one (layman’s) reform.

In theory, the Office of the Director of Public Prosecutions is where the filter is applied for police briefs of evidence, sorting out those that have little chance of conviction – usually a paucity of admissible evidence. But there is a natural (if risky) instinct in law enforcement to pursue perceived perpetrators of crimes that may interfere with ‘best judgement’ processes when it comes to circumstantial cases. Tunnel vision, for instance… In the cases of Examples 3 & 5, the filtering failed spectacularly. This is not the place to regurgitate the details, suffice to say both cases lacked evidence. (Example 6 is slightly different, by nature of the accusation and the relationship. In this case, the real victim was the accused…)

Quite apart from the terrible consequences of wrongful convictions of such serious crimes  calling for serious punishment, the financial cost of prosecution and defence can run into millions. And the end result cannot justify that expense for either the taxpayer or the accused.

A ‘safety switch’ is needed, in cases where the police could not find any direct or primary evidence. That ‘safety switch’ should be human: an independent lawyer, perhaps a former judge, or a trio of them, to advise the DPP (in each jurisdiction) whether the circumstantial evidence justifies going to trial. This removes the temptation from gung-ho prosecutors who think they can ‘sell’ the jury on a narrative of their making. I describe how this can be achieved by the use of ‘three imperatives’, in my book, Murder by the Prosecution (Wilkinson Publishing) and also outline it here.

I am not so naive as to think this proposal has a chance of being seriously considered, but perhaps some concerned fair-minded members of the legal fraternity may be inspired to consider a reform with the same objectives, that could attract the support of the  profession.

7 Responses to Curse of the wrongful conviction of loved ones