In a significant development in the afternoon of August 31, 2021, in the Sue Neill-Fraser case, Tasmanian Legislative Council member the Hon. Michael Gaffney MLC (Ind), Member for Mersey, devoted his first adjournment speech in 13 years to her case, “first to bring us together to right a wrong and secondly to have the Attorney-General join us in that quest,” tabling the Etter/Selby documents, giving them Parliamentary privilege.

The Mercury immediately (6.39pm) ran a story on the development by crime reporter Amber Wilson in its digital edition, and made it the lead story on page 3 of the print edition of September 1. The Australian also ran a story by Matthew Denholm on its page 3, reporting that “Former Tasmanian premier Lara Giddings is calling for the reopening of the appeal by convicted murderer Sue Neill-Fraser, alleging “new” information demonstrates a miscarriage of justice.” but due to deadline limitations, made no mention of Gaffney’s speech in the Legislative Council. On the reopening of the appeal, Denholm reported that “Ms Archer rejected the idea, saying: “It is a matter for Ms Neill-Fraser and her lawyers.” Denholm reported that “Neill-Fraser’s legal team has also declined to seek a reopening of the appeal case.” Robert Richter QC says “He didn’t speak to me and I did not decline…” 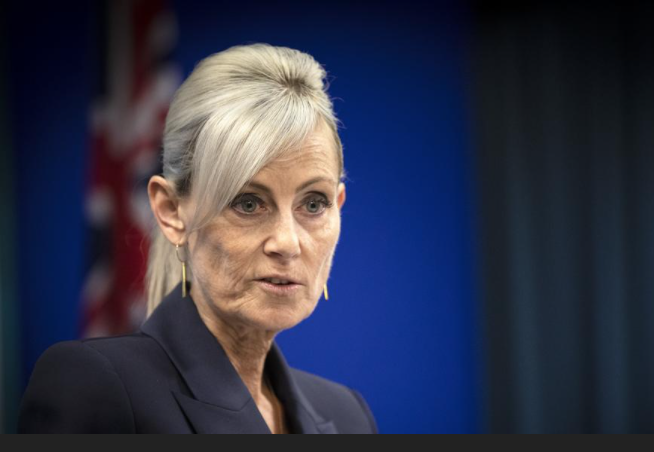 “There is nothing in the Tasmanian DPP Act that extinguishes this right,” Giddings stated, echoing the legal view of barrister Hugh Selby, co-author of the documents that provide the necessary evidence that the appeal court should be able to review as part of its deliberations. “The issues raised in our papers are not currently before the court and therefore there is no issue in discussing these matters in the public arena and that of the Parliament.

“The only matter being considered by the court relates to the DNA evidence of Meaghan Vass and the associated legal considerations, which these papers do not address.”

Etter said that she had forensically studied all the evidence she could access in relation to the Sue Neill-Fraser case over the past 9 years.

The exposure in the Legislative Assembly adds considerably to the pressure on Attorney-General Elise Archer to seek leave to reopen the appeal, with a former Premier & Attorney-General, a mainland barrister and a credentialed lawyer (and former Integrity Commissioner) all contradicting her legal opinion. The weight of new exculpatory evidence is undeniable – and Gaffney summarised it for the 15 Members. Regular readers will have seen our extensive reports on the Etter/Selby papers, published between August 2 and 16. Gaffney also asked the Council to be orally briefed by Giddings and Etter.

“After reading the material received from Lara Giddings, Barbara Etter and Hugh Selby – all of whom I respect – I felt, (perhaps intuitively), that something wasn’t right,” comments Gaffney. “All MLCs were asked to do whatever they could to keep SNF (and her supporters’) dreams alive. One of the things I could do was to present an adjournment speech to assist in keeping the SNF case alive.”

View speech – open link then select ‘Video’ and then ‘Adjournment’

None of us can ignore these papers establish a miscarriage of justice, now that we are aware of the following issues:

1.  An inadequate investigation and tunnel vision by police, which led to obvious lines of inquiry being ignored or barely followed up.

2. Police failure to provide to the Office of the Director of Public Prosecutions (ODPP) the full disclosure of all relevant information.

3.  Failures within the ODPP to ensure that their Director and the Defence received all the material supplied by the police.

4.  False evidence being put before the jury.

5. A ‘conflict of interest’ within the ODPP so that personal interests have interfered with the proper conduct of the case.

6. An acquiescence in delay that entailed that Ms Neill-Fraser’s application for leave to appeal took over three years.

7.  Further delays so that the prisoner then waited almost another two years to have her appeal heard.

8.  Despite several sound appeal grounds being available, the March appeal was run on one issue only, for which the only witness – a young woman – was not adequately prepared, managed or supported. During cross-examination her evidence was ‘abandoned’ by those who had intended to rely upon it.

9.  The Appeal court being misled in final submissions by an incorrect answer from the DPP about the significance of the sighting of another dinghy, a grey dinghy, alongside the yacht at a critical time.

Mr President, central to the case are the sworn admissions in 2019 of that young woman that she was on the yacht that Australia Day with named males and that Bob Chappell was assaulted. She also stated that Ms Neill-Fraser was not there.

Supporting her admission that she vomited while on the deck of the yacht was a large DNA sample on the deck which was matched to her in March 2010, 7 months after Ms Neill-Fraser’s arrest. At trial this DNA was said by the prosecution to be “secondary transfer” and a “red herring” and not left there by the young woman. However, it’s clear that she left it. It’s also clear that in 2010 one of our local forensic scientists thought so too.

Tragically and inexplicably, the young woman was never offered immunity from prosecution – that is quite extraordinary as it must have hampered any proper inquiries about those males she named.

So far attempts to get the Attorney-General, The Hon Elise Archer to involve herself in this case have been rebuffed with the reasons that this is before the courts and that such involvement would offend ‘separation of powers’.

Issues that were not presented at this year’s Appeal in early March include:

1. Neither the Prosecutor nor the Defence knew that “key” evidence allegedly showing the yacht’s dinghy, a white with blue trim Zodiac (and hence Sue Neill-Fraser), to be at the yacht at 5 pm was false. However, a police officer and a DPP officer, both at the trial, knew otherwise. The supposed presence of that dinghy supported the prosecution case; its absence supported the Defence.

2.  Once that false evidence is removed, the evidence of other witnesses who saw another dinghy at the yacht corroborates the young woman’s sworn admission to having been on the yacht with named males.

3.  A Forensic officer misled the court as to the presence of blood in the Four Winds dinghy (and countenanced a highly misleading photograph) when that officer knew that there was no evidence of blood at all.  The Prosecutor admitted in 2017 that he was ignorant of these falsities and that he did not understand the basic scientific principles. The Defence had the necessary laboratory reports but failed to understand them. “Blood in the dinghy” supported the prosecution theory that Neill-Fraser disposed of the body in the river using that dinghy. No blood, no support for the body disposal theory.

4.  The prosecution alleged that the accused had used the winches and ropes on the yacht to get the body from below so that she could place it into the dinghy. But an expert report explains how the relevant winch could not function as required to substantiate this theory.

5.  A red jacket was found on shore. The police failed to “bag and tag” it and then lost it for several days, finding it in a police car park. The jury wasn’t told about those problems. Ms Neill-Fraser’s DNA and that of several other unidentified persons was found on the jacket. At the time of testing in early 2009 the young woman’s DNA was not in the database.  There are no public ‘results’ for those unidentified persons’ DNA being tested with advanced DNA technology or checked subsequently against the young woman or those whom she has named. Repeated requests this year that it be checked or any results provided have been refused;

6.  A prosecution lawyer who it seems had an active role regarding both the ‘blood in the dinghy’ and in the ‘lack of disclosure’ at trial to the Prosecutor and Defence about the false sighting of the Four Winds dinghy, then played an active role both in resisting Ms Neill-Fraser’s quest to be allowed a fresh appeal and in the prosecution case presented at the recent appeal. This is a clear conflict of interest between their duty as a prosecutor and a personal interest to prevent their seeming shortcomings at trial being revealed; and,

7. There is now evidence that police chose not to properly investigate the incidence of break-ins to yachts, that they failed to check critical mobile phone records, and that they failed to follow up reports about the young woman and her known associates.

All those with responsibility have failed to act.

They first received written advice about some of these shortcomings in August 2019. They resolutely ignored it. Likewise they have shut their eyes to the latest information.

It would be a striking departure from accepted legal practice and a failure of the rule of law to ignore such a volume of factors that stand against the conviction. A reopened appeal would give the justice system a chance to correct what is evidently an egregious miscarriage of justice.