Accepting injustice as ‘price’ for justice?

If silence is complicity – in the face of wrong doing – accepting injustice in the course of seeking justice is worse, argues ANDREW L. URBAN, in response to Theo Theophanous, commentator and former Victorian government minister, who says it is ‘regrettable but necessary’.

Innocent people losing their livelihoods, their reputations, their families and their freedoms are just collateral damage in society’s pursuit of justice, it seems, according to Theo Theophanous as expressed in his commentary in The Australian, March 16, 2021.

“As a society I think we all acknowledge that some people will be wrongly accused while others will receive just punishment. We accept that the price paid by those who are falsely accused is a regrettable but necessary feature of our imperfect system. 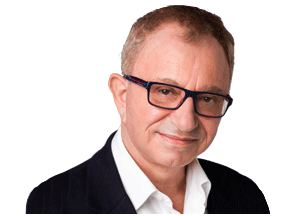 “This piece has been difficult for me to write. I do so because in reflecting on my own journey I came to the view that justice for thousands of women, men, boys and girls means some accused may have to pay a price for wrongful accusations. This is the bigger “whole of society” justice picture.”

No Mr Theophanous, the ‘whole of society justice picture’ is made up of individual justice pictures. It is a failure of morality, logic and human decency to sacrifice the rule of law – in the process of implementing the rule of law. The presumption of innocence cannot co-exist with such a view. Nor can the ancient legal formulation that it is better for ten guilty to escape than one innocent suffer. No Mr Theophanous, why is it ‘regrettable but necessary’? It is not necessary; there is a proper process for investigating allegations.

The fact that his comments were made in the context of the controversial rape allegation against Christian Porter might suggest he wants to separate one type of crime from all others as to how allegations and accusations are treated. No, again, Mr Theophanous.

That is how an immature, emotionally turbocharged and thoughtless (not to mention heartless) teenager, such as Emily Lindin, thinks. “I’m actually not at all concerned about innocent men losing their jobs over false sexual assault allegations…” Nov. 28, 2017, Emily Lindin, Teen Vogue columnist, on twitter. Unless one of her male loved ones is a target of false sexual assault allegations, presumably.

A false allegation of sexual abuse or misconduct creates the worst possible stigma, the hardest to disprove and the most destructive. The rule of law is required to be rigorously applied – not less so – for the prosecution of the guilty and the protection of the innocent.

But Mr Theophanous does make a point with which we can all broadly agree:

“…for those who are, or were, in positions of political power or media power, or who control vast business empires, there is, I think, a need — no, an obligation — to accept that with power and privilege comes additional risk.

“This is part of the power contract with society in a democracy. It cannot be the case that from a position of power you demand anonymity or special protection as if you had not implicitly accepted what I call “the contract of privilege”. That contract dictates that you must account for the accusations made against you within a public discourse and — whether guilty or innocent, whether just or unjust — accept that this will impact upon your reputation and career.

If you don’t accept these preconditions don’t run for public office or seek to gain power.

“Because power, especially political power, should never be seen as a bulwark that protects you against accusations, false or otherwise. If you see power in this way you do not deserve to hold it.

“Justice, as applied to the powerful, involves a higher moral bar. This is what maintains public trust.”

4 Responses to Accepting injustice as ‘price’ for justice?