“In Australia, two of the states and both mainland territories have not yet even decided to permit a second criminal appeal by leave on compelling evidence. And no jurisdiction has yet resolved to establish a Review Commission. What is it about our country that always sees us limping behind [UK, NZ and Canada] where justice is at stake, whereas we can move with astonishing speed to diminish civil liberties, increase official powers and raise levels of incarceration, with no parliamentarian raising a murmur,” writes The Hon Michael Kirby AC CMG* in Criminal Law Journal, discussing right of appeal provisions.

In his guest editorial (read it in full here), former High Court Justice Kirby asks if the new right of appeal as a response to wrongful convictions is enough. Clearly, he does not think so. Here are a few extracts from his editorial (emphasis where it occurs added): 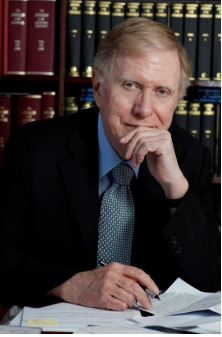 “The point with which this editorial is concerned is not the grounds of appeal but the right to appeal itself. In the United Kingdom, as in Australia, the prevailing view was that the common form legislation afforded a convicted prisoner a right to only one appeal. In a number of cases judges held that, appeal being a creature of statute, there were no rights of appeal beyond those expressly granted by the statute.

Moreover, they held that a proper examination of the common form statutory provision resulted in a conclusion that it gave rise to one right only to make an appeal. Once that privilege was exercised, the power and jurisdiction of the court were exhausted. Occasionally, judges, including myself, expressed doubt that this was a correct construction of the statute.

The usual reason given for favouring a limitation to one appeal, which is not expressly spelt out in the statute, was that an appellate court “should not attempt to enlarge its jurisdiction beyond what Parliament has chosen to give”.

The problem with this interpretation of the legislation was that it was not essential to the language used by Parliament. This was facilitative and beneficial not restrictive. The Act simply stated that a person “may appeal”. It then specified the grounds upon which such an appeal might be brought. The restriction on the number of appeals that might be initiated appeared to have had its origin in the judicial distaste for the expansion of the appellate rights for convicted prisoners. So much had been evident from the start, before and after the enactment of the Criminal Appeal Act 1907 (GB). This judicial hostility continued despite the increasing evidence of the utility of the appeal right both in the United Kingdom and in its colonies.

Upon the basis of this restrictive interpretation of the availability of the right of appeal, the High Court of Australia held that it was unable to entertain a second application by a person claiming to have been wrongly convicted. In this respect, the High Court affirmed the approach adopted by intermediate courts to the effect that they did not enjoy a right to re-open an appeal or to hear a further appeal or application for that purpose.

Additionally, for constitutional reasons the High Court took the view that it could not admit fresh evidence in an “appeal”, even though such evidence might tend to demonstrate that the applicant had been wrongly convicted. This was an additional narrow view about the facility for re-opening criminal appeals with which I disagreed. I pointed out that, as a consequence, “Justice in such cases is truly blind. The only relief available was therefore from the Executive Government or the media – not from the Australian judiciary”. Such a position was clearly unsatisfactory. The High Court of Australia does enjoy a statutory power to remit a matter before it to another court to consider admitting fresh evidence and then to refer the matter back to the High Court for final determination. That power still exists. However, it has seldom been exercised. It gives rise to its own complications.

The result of the foregoing is that the courts in Australia have taken the view that, if there is an exceptional case where a possible wrongful conviction may require the intervention of the courts, that possibility can be initiated only by the procedure of a petition to the Government. This was a further initiative adopted in the Criminal Appeal Act 1907 (GB) for England and Wales. It allowed an applicant to apply to the Attorney-General for the reference of the question of a possible miscarriage to the appeal court, to be heard as an appeal. However, this exceptional procedure depended upon the affirmative action of the relevant Executive Government. Given that a manifestation of that government was usually the agency responsible for prosecuting, incarcerating and resisting the complaints of the accused, the defects of this procedure were clear, including to the prisoner.

Defects of the Petition procedure
The result of the foregoing is that the courts in Australia have taken the view that, if there is an exceptional case where a possible wrongful conviction may require the intervention of the courts, that possibility can be initiated only by the procedure of a petition to the Government. This was a further initiative adopted in the Criminal Appeal Act 1907 (GB) for England and Wales. It allowed an applicant to apply to the Attorney-General for the reference of the question of a possible miscarriage to the appeal court, to be heard as an appeal. However, this exceptional procedure depended upon the affirmative action of the relevant Executive Government.

One such defect was the possible existence of a conflict of interest and duty and the common professional hostility to the complaints of the prisoner.

In Von Einem v Griffin, the South Australian Full Court stated that the power of statutory referral following a petition provided “no legal rights” to the applicant. It also stated that the Attorney-General had a “complete discretion” in the matter. In fact, it emphasised that the power did not have to be exercised at all. It held that the decision process of the Attorney-General was not subject to judicial review. Some of these dicta were written before recent authority clarified the ambit of judicial review in such matters. The notion that an official, exercising powers derived under legislation enjoys an unfettered, subjective discretion may be inconsistent with the requirements of the rule of law, which Dixon J described in Australian Communist Party v Commonwealth as a basic principle of Australian constitutionalism. However, the net effect of the foregoing decisions has been that a person, claiming to be wrongly convicted, may end up in a blind alley. The prisoner is obliged to seek redress from the Attorney-General. Yet this may be the very office-holder who has ultimate responsibility for the agencies (such as forensic sciences, police, prosecutions and the courts) that the prisoner alleges to have been wanting if a miscarriage of justice is to be found and corrected.”

Andrew L. Urban comments:
The case of Henry Keogh is one that illustrates the ‘blind alley’ to which Kirby refers, having applied five times for a petition, all without success. We reported on a more recent case. A man, without a single other legal blemish, convicted of historical sexual abuse of a little girl in his family, 22 years before, believes he could prove his conviction is wrongful if the NSW Attorney General advised the Governor to act on his petition and referred his case for a judicial review – as it was recently done for Kathleen Folbigg, convicted of murdering her children. But he has been refused and given no reason.

Kirby argues strongly for the establishment of a Criminal Cases Review Commission:

“The experience of [the CCRC] has more than justified its establishment. It resulted in the setting aside of large numbers of convictions in serious criminal cases. Now, in New Zealand, the British experience has resulted in the decision to establish a similar commission in that country.

The provision of redress is urgent

Considering these moves, it is clear that, at the least, there is an urgent need for the enactment of a facility of a second or further appeal in those States and Territories of Australia that have not so far taken this step. This would be the minimum reform to bring Australia’s response to miscarriages of justice into line with its obligations under international human rights law binding on it.

To do nothing and to persist with the flawed facility of seeking Executive consideration of a complaint behind closed doors constitutes a breach of Australia’s obligations under the ICCPR. Ironically, the creation of a national or multi-jurisdictional CCRC could be a more cost-effective response than the continued investment in royal commissions and special inquiries that have marked the Australian scene so frequently in recent years.

Doing nothing to improve our institutional arrangements is a stain on Australia’s reputation as a country of equal justice. It is a blight that is too often demonstrated by fresh evidence and argument. It is an intolerable burden on thoughtful judges, prosecutors and other lawyers who regard participation in a demonstrable miscarriage of justice as a nightmare. The provision of redress is urgent.” 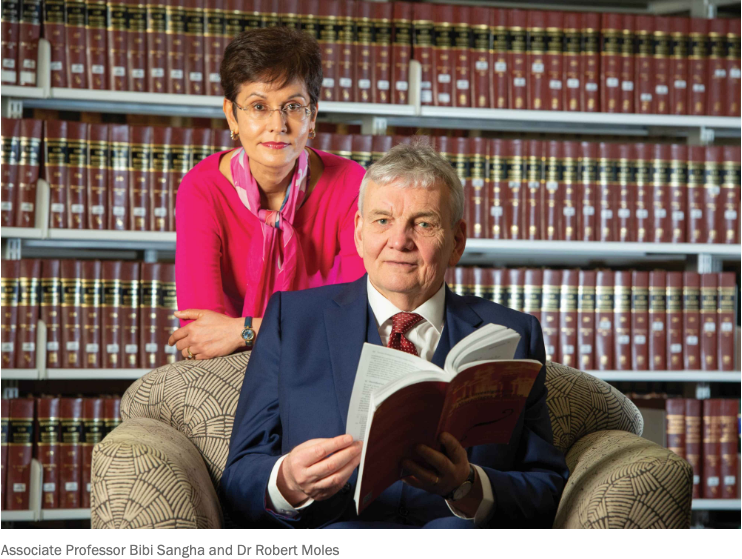 * Kirby “acknowledges with appreciation the suggestions of Associate Professor Bibi Sangha and Dr Robert Moles of Flinders University of South Australia. He thanks them for their contributions to reform.”