Blueprint for a fairer system

Before Walkley Award winning journalist and legal historian Evan Whitton died (5 March 1928 – 16 July 2018), I had the good fortune to exchange a few notes with him about miscarriages of justice. He had written the acerbic book, Our Corrupt Legal System, whose title reflects his views about it. So we ask, How would we design a better, fairer legal system?

Would we have the system we have, if we designed it today? From scratch? Could a fairer system avoid or at least greatly minimise the incidence of wrongful convictions? Laws and the legal system are not intended to incarcerate innocent people. Ever. And when it is believed to have happened, the legal system is expected to move quickly to make the necessary correction so the innocent in jail is released. But it doesn’t. Prisoners hardly have the resources and the freedoms to pursue justice for themselves.

Potentially far reaching reforms of our existing system were discussed at the Symposium on Miscarriages of Justice, Flinders University, Adelaide, South Australia, Nov. 7 & 8, 2014. (They are included in my book, Murder by the Prosecution [Wilkinson Publishing] and the symposium is reported here).

But reforms will not likely happen, since the profession itself does not stand to benefit. Evan Whitton’s view coincides with that of Professor Fred Rodell, of Yale Law School: “The legal trade, in short, is nothing but a high-class racket.” (from Woe Unto You, Lawyers! (1939). 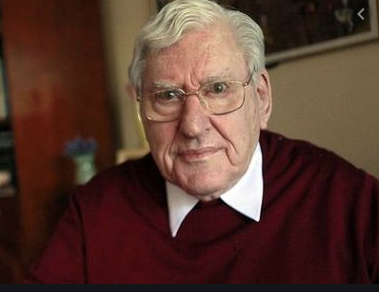 To design a fair and effective system which investigates crimes, identifies and fairly prosecutes criminals and puts timely appeals within reach of the wrongly convicted, we have to ignore Rodell and Whitton, and start with the assumption that a better system than we have will remove or at least greatly minimise, miscarriages of justice that put innocent people in jail for years, even decades.

Whitton makes reference to the distinction between our adversarial system – which seeks convictions, and the European investigative system, which seeks the truth and is conducted by trained judges.

This proposed new system applies to the criminal law involving serious crimes and is predicated on the basis that Australia will not abandon its heritage of British law. It will, if adopted, improve the creaking, cobwebbed practices within the existing framework. The objective is to approximate the benefits of the investigative system within our adversarial system … ambitious, I know.

Here are some of the standards that we propose (naive as they may seem to some) for further discussion and refinement, that should apply in building the new, Australian criminal justice system across all jurisdictions, intended to deliver a fairer system without abandoning or dismantling the foundations laid down by the historical British practices.

POLICE INVESTIGATIONS:
It all starts here. In a paper on miscarriages, legal authors Juliette Langdon and Paul Wilson write: Over-zealous police conduct is recognised as a major contributing factor leading to miscarriages of justice (Anderson 1993; Newbold 2000; Prenzler 2002; Ransley 2002; Wood 2000, 2003), akin to a ‘systemic dynamic’ (Huff et al. 1996:64). As in Wilson’s (1989) paper, over-zealous police investigation was found responsible or partly responsible in 50 per cent of cases. Examples of such conduct include police deliberately distorting a witness’s statement, coercing a confession from a vulnerable suspect, and ignoring exculpating evidence. The issues relating to over-zealous police investigations are similar to those that Wood (2000) described as ‘process corruption’.

Police often appear to engage in such conduct because they strongly believe the suspect is guilty and consequently fail to follow other lines of inquiry. That’s one definition of tunnel vision…

Their analysis of 32 Australian and New Zealand cases reveals that over-zealous police continues to be a significant factor leading to miscarriages of justice. This factor encompasses a wide range of corruption-related behaviours which may explain why so many cases fall into this category.

NEW STANDARDS
The objective of these standards is to underscore the importance of thorough, professional, unbiased police investigative services that are consistent and reliable.

1) All police officers undergo compulsory training with regular updates and capability assessments: to avoid ‘tunnel vision’, to adhere strictly to investigation procedures, notably accurate record keeping, witness statements, evidence collection; to adhere to a management culture that emphasises serving the court not the prosecution;
2) briefs of evidence to be assessed by a judge prior to passing to the Office of the DPP; (this is a filter to minimise poor briefs crowding the system, reducing the chances of miscarriage as well as potentially saving taxpayers millions of dollars in unnecessary trial costs)
Accountability: as well as the existing perjury provisions, various penalties apply for any breaches of the above requirements, eg failure to adhere to investigation procedures. As the text book Criminal Laws (Federation Press) points out, the effects of many police decisions and practices in the pre-trial process will not be apparent to the defence or the court. It will only be revealed through a royal commission or other official inquiry.

FORENSIC SCIENTISTS, LABORATORIES, PROFESSIONAL BODIES:
NEW STANDARDS
The objective of these standards is to minimise the uncertainties and complexities of expert witness evidence; and to better serve the needs of both judge and jury.

A
Forensic services no longer work in tandem with (and close co-operation with) police; they operate under the supervision and control of the Forensic Commission, a statutory body tasked with maintaining high scientific standards, constantly updated with advances in forensic sciences; they also conduct training and professional development.

B
1) All participants in these professions are subject to a system of quality standards, with documented policies and procedures; developed by the respective bodies and relevant advisors/experts;
2) Training is devised to explain evidence in court so that it is understood by juries and judges alike;
3) Strict requirements for validation of evidence are applied and explained in court;
4) Regular training (via Forensic Commission) to avoid contextual bias;
* As Gary Edmond of University of NSW explains, lawyers and courts have not recognised how contextual bias and cognitive processes may distort and undermine the probative value of expert evidence. Courts should attend to the possibility of contextual bias and cross-contamination when admitting and evaluating incriminating expert evidence.
All training emphasis is on serving the court not the police or the prosecution
Accountability: heavy penalties apply for providing misleading evidence to the court whenever this is discovered (& proven) in the post-trial processes

PROSECUTORS:
NEW STANDARDS
The objective of these standards is to provide prosecutors with barriers to prevent them straying into error.

1) Prosecutors must pass written and oral tests prior to first court appearance (and subsequent refreshers) to ensure adherence to rule of law (e.g. not presenting speculation as fact) and knowledge of prosecutorial ethics & duties;
The tests require prosecutors to demonstrate they can explain forensic evidence rationally and fairly and demonstrate that seeking convictions is subservient to seeking the truth;
2) Prosecutors must undertake a short course on how to work with defendants’ legal representatives post conviction, in cases where a wrongful conviction is a high probability, as determined by an Adjudication panel consisting of one prosecutor, one defence barrister and one judge – see APPEALS G
Accountability: heavy penalties apply for misconduct; professional immunity* is subject to independent adjudication (eg withholding exculpatory evidence, misleading the jury, prejudicial conduct incur heavy penalties, loss of licence)

(It has been suggested by some that prosecutors found guilty of malpractice in securing convictions should be sentenced to serve jail terms that equal those that have been served by the victims of their misconduct.)

* Retired US Federal District Court judge Frederic Block writes how he loses sleep over wrongful convictions – and cites some egregious examples to argue that “Professional prosecutors, charged with the awesome responsibility of faithfully applying the law to guard against innocent people being convicted of crimes they did not commit, should be held accountable,” not protected by professional immunity. He also refers to one case in particular where he “held that the City could be held liable for its misdeeds but I had to dismiss the case against the prosecutor and district attorney on the grounds of prosecutorial immunity. In my decision, I quoted the binding circuit court precedent I was duty-bound to follow.”

DEFENCE
NEW STANDARDS
The objective of these standards is to provide incentives for excellence in defending clients.

Defence barristers must pass oral and written tests prior to representing any client in court, demonstrating an ability to collate, summarise and present argument in a clear and complete manner to the courts. This process encourages thorough preparation and focuses on performance in court – as distinct from the legal qualifications obtained on theory of the law.
Accountability: Penalties apply when defence lawyers fail to present exculpatory evidence, fail to call key witnesses who have exculpatory testimony, or demonstrate negligence in defending their client.

JUDGES:
NEW STANDARDS
The objective of these standards is to provide a framework for judges to add new skills to their understanding of the law, to help them manage their courts smoothly, ethically and decisively.

NB Civil Liberties Australia, in its Better Justice campaign, also advocates for reforms, notably the introduction of extra qualifications for magistrates, judges and DPPs; the CLA notes that barristers become judges with no further training. The Better Justice proposals include a review of the 100 year old basic laws, such as the Crimes Act, for improved consistency in bail provisions, sentencing and parole guidelines.

APPEALS:
NEW STANDARDS
This is the area of the most profound change to the existing (old?) system: no longer bound by the (unstated) restriction in British law that a convicted person only has one appeal, except under newly introduced laws that allow a further appeal … and abandoning the brutal notion of finality, the new STANDARD of appeal is as follows:

A person convicted of a serious crime (murder, manslaughter, rape, sexual assault, child sexual assault, armed robbery, etc) may lodge an appeal and subsequent appeals against the conviction and/or sentence – at any time – if it can be reasonably argued that –

A – there is available new evidence, or evidence that was improperly or misleadingly presented at trial

B – the defence at trial was grossly inadequate, eg failed to present exculpatory evidence, made errors of fact, omitted key facts, etc

C – the prosecution’s conduct at trial was prejudicial; speculation was not supported by evidence; misled the jury

Underlying and supporting these humane grounds of appeal is a critically important process that provides appeal applicants with sufficient resources and access to legal assistance. Recommendations for these would be invited from the relevant bodies in the legal system.

THEN THERE IS THE CCRC …
In an ideal world and one in which this blueprint has been adopted, an Australian version of the UK’s Criminal Cases Review Commission (CCRC) would not be needed (multiple appeals being allowed under this blueprint). But we do not live in such a world … The argument for our own CCRC has been comprehensively made by legal academic Dr Bob Moles of Flinders University. Also the mechanism for it: “A national CCRC can be established by setting up a single CCRC and then each state and territory can legislate to nominate that CCRC as the appropriate agency to review cases on its behalf and exercise powers given to the CCRC by that state to refer matters to the appeal court of that state. This would not involve any constitutional change of any sort.”

In the UK, the CCRC started work in April 1997. In the 22 years between then and April 2019 it referred 664 cases back to the appeal courts; 439 appeals have been successful including around 100 convictions for murder and four in which the poor person had been hanged.

*
This ‘blueprint’ has been drawn up with the benefit of six years observing, researching and writing about wrongful convictions; it is not grounded in formal legal study. We’d love to hear your views on it – please use the reply/comments thread below.

10 Responses to Blueprint for a fairer system