Calling for disclosure – why mobiles matter

The role of mobile phones in sexual assault cases is crucial, often providing exculpatory evidence – which is why some police investigations prefer not to answer the call for disclosure, as gender issues commentator BETTINA ARNDT explains with a couple of examples, including the recent case of a young man defended by Sydney barrister Margaret Cunneen SC.

“Why are the police withholding evidence?” The young man’s cry of bewilderment is understandable. The PhD student came to Australia from a country where citizens have good reason to be nervous about facing its justice system. But he expected more from his chosen place of study, a liberal democracy boasting adherence to the rule of law.

That’s the claim. The reality is different, at least when it comes to sexual assault. He’s been accused of rape by an ex-girlfriend who was angry when he refused to get back together with her after their initial breakup. He has phone recordings of her telling him she’ll drop the charges if he falls into line, plus her social media messages pleading for sex long after the alleged assault.

But the police aren’t interested. They refused to properly examine the accuser’s mobile phone, claim they’ve been unable to view her chat messages apart from a few carefully selected messages, and refused to examine copies of the full conversations from the student’s phone.

“My chat messages were enough to prove perjury, yet the police still decided to go ahead and charge me. It seems like everything I have worked for in my life is on the way to destruction,” wrote the despairing student. 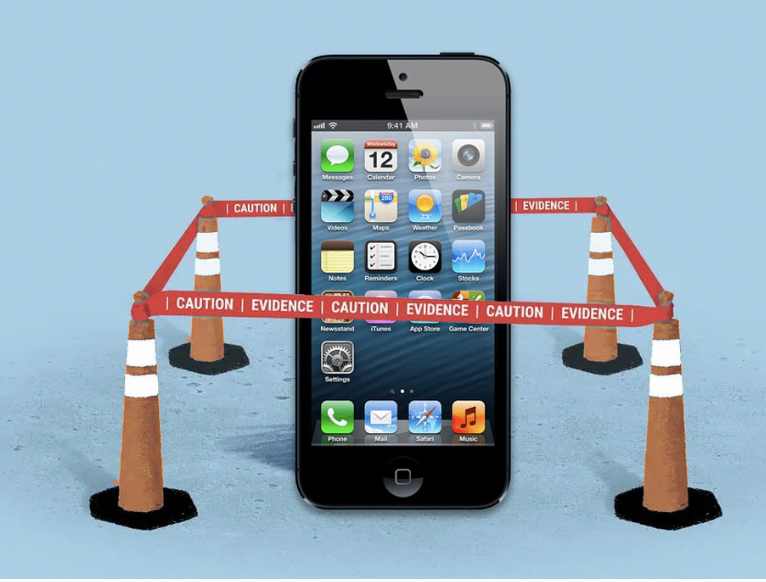 The role of phone evidence in proving guilt or innocence in sexual assault cases is a hot button issue. Police and prosecutors are now routinely withholding or deleting phone evidence that could be used to exonerate accused men. The feminist demand for privacy for victims trumps the search for truth regarding the alleged crime. And the public push for more rape convictions means impediments like contradictory evidence are conveniently overlooked or swept aside.

In Australia, this issue usually emerges only in the stories of individual men seeking justice in our courts but in the UK, the controversy is playing out in a very public arena.

Five years ago I wrote about a huge scandal when a series of high-profile British rape cases fell apart because it was discovered the police and prosecutors had withheld social media evidence that could have disproved complainants’ claims. The best known was Liam Allan, where the disclosure of 40,000 text messages revealed his accuser had pestered him for sex. Allan avoided a likely ten-year prison sentence only because the prosecution barrister, after the trial had actually commenced, insisted the police hand over the phone evidence to the defence lawyers.

This was only one of many cases that collapsed due to very late disclosure of mobile phone evidence which challenged the complainant’s claims. With one man, Danny Kay, the evidence which exonerated him came to light only after he had served four years of his sentence.

One amusing sideline to the whole kerfuffle was the Metropolitan Police announcing that they were ditching their previous practice of “believing all victims.”

As Dr Rick Bradford explains in his excellent blog The Empathy Gap, the press interest in these disclosure failures pushed the Crown Prosecution Service into conducting an investigation but the resulting report was “a disgraceful exercise in obfuscation”.

In stepped the Justice Select Committee which is required to oversee such matters. Their report included all manner of revealing statements, including the fact that prosecutors underestimate the number of cases which fell apart due to disclosure errors “by around 90%.”

The Select Committee had very clear advice for the prosecution services, namely:

“Prosecutors must always act in the interests of justice and not solely for the purpose of obtaining a conviction.”

“It is fundamentally important that all police officers recognise both that they are searching for the truth and that they have core disclosure duties which are central to the criminal justice process.”

The key issue in the battle over disclosure is privacy, with the feminists arguing that it violates a complainant’s privacy to demand her phone correspondence. Whilst acknowledging this is important the Select Committee stated that this factor was trumped by other considerations: “The law is clear in that the right to a fair trial is an absolute right which cannot be violated to protect the right to privacy,” they said, putting the onus on the prosecutors to actively address disclosure issues.

Along came a new DPP, Max Hill, who made it clear whose side he was on in his first public speech. “Rape complainants must have their personal privacy, including mobile phone records, protected,” he said. He showed the feminists that he was their man, and the sound work of the Select Committee went down the gurgler.

According to Bradford, the disclosure issue then dropped from the public agenda and feminists were soon on the march demanding rape prosecution decisions be taken out of the hands of the Crown Prosecution Service. Boris Johnson responded by promising targets on the police to refer more “high quality” rape cases.

Here’s Bradford: “And how, exactly, are the police supposed to improve the ‘quality’ of rape cases? Well, that’s simple. They try hard to build a prosecution case, but they put no effort into finding exculpatory evidence. In other words, they revert to the negligent practices which led to the debacles of the recent past – disclosure failures.”

The ultimate irony is DDP Hill has now launched Operation Soteria – in Greek mythology, Soteria was the goddess of safety and deliverance from harm. But Hill’s deliverance works only one way. He’s requiring police to work with the DPP to “build the best possible cases more quickly…to drive up the number of successful prosecutions.”

Last year I quoted the prominent Sydney silk, Margaret Cunneen, a former Crown Prosecutor, speaking at The Presumption of Guilt Conference run by the Rule of Law Education Centre. She revealed that Australian police are now required to refer to complainants as “victims” and treat them accordingly, pushing all cases through to trial. “There’s not much more investigation that goes on. There’s a zeal to get to the end and convict the charged person.”

NSW Police Commissioner Mick Fuller reinforced this point when he said, “As police, our primary role is to support victims who courageously come forward to police to report sexual assault.” Nothing about the right to a fair trial. No mention of the search for the truth.

In our courts, the consequences are clear. Just before Xmas, a jury acquitted a young man in a retrial of a sexual assault case which had cost a Sydney family six years of their lives and over $650,000 in legal fees. The family is now suing the NSW police for gross negligence over withholding phone evidence that ultimately contributed to their son’s acquittal.

It all started in 2016 when their son – I’ll call him “Michael” – was at a boozy party on NSW’s Central Coast. Most of the young people present were totally wasted after a long night of drinking and drugs. Suddenly a girl jumped up from the couch where she had been spooning with Michael, and claimed she had woken up to find his fingers in her vagina. She later made a further accusation about him doing a similar thing three years earlier at another party, yet they’d remained good friends in the interim.

Three years later the case was decided. Michael was found guilty of sexual assault. A sympathetic judge sentenced him to 450 hours community service, taking into account his history of depression. But this young bloke had become a convicted felon, listed on the sex offender register and marked for life.

Michael’s father, Colin, decided to appeal and that’s when things really got interesting. They employed an ex-cop with the skills to investigate Michael’s mobile phone. The police claimed it had been sealed away in the period leading up to the trial but in fact, it had been tampered with and critical conversations erased or not provided to the defence. Plus, it was revealed they had cloned his phone so they could monitor Michael’s emails and phone messages and track his movements.

The scene was set for Margaret Cunneen to make mincemeat of the accuser’s story in the retrial, as she forensically exposed holes in the stories of the accused and her friends.

Remember Brittany Higgins claiming to have a bruise on her leg from being raped on the Minister’s couch – which turned out to be on the wrong leg? Here Michael’s accuser repeatedly claimed he had assaulted her with his left hand, until it was revealed that hand was incapacitated due to surgery. Then she conveniently switched her claim to the right.

Then there was the size of the couch, which Cunneen proved was unlikely to have fitted the hulking young man and his victim if he assaulted her from behind, as alleged, unless he was somehow holding her in place.

Hundreds of social media messages were now available to prove the accuser had pursued Michael, even after the first alleged assault.

How about the fact when she woke up and allegedly found his fingers in her vagina she just asked him, “What’s the time?”  No sign of distress or alarm, only growing discomfort when she later realized everyone had seen her making out with Michael, who was a friend’s ex-boyfriend.

The jury made the decision to toss the case out in less than 2 hours. Once they were presented with the truth at retrial, the decision was easy.

Michael had a family who had the resources and faith to see justice was done. Pity the other falsely accused when our police and prosecutors believe only victims and do their darndest to make sure that is the only story heard.

Full disclosure: the editor of this blog, Andrew L. Urban, is the co-author with Margaret Cunneen SC of her career chronicle, The Boxing Butterfly (Wilkinson Publishing).

1 Response to Calling for disclosure – why mobiles matter