“Within the span of two minutes, these NBC personalities (Scarborough and former two-term Democrat Senator from Missouri, Claire McCaskill) told four blatant lies about the Assange case,” Greenwald says. “I do not mean that they asserted dubious opinions or questionable narratives or even misleading claims. I mean that they outright lied about four separate matters that are crucial to understanding the Biden administration’s attempted extradition and prosecution of Assange.

“These lies were not just misleading but pernicious, as they were designed not merely to mislead the public but to provoke them to believe that one of the gravest attacks on press freedom in years — the imprisonment of a journalist for the crime of reporting true and accurate information about the crimes of power centers — is something viewers should applaud rather than denounce.” 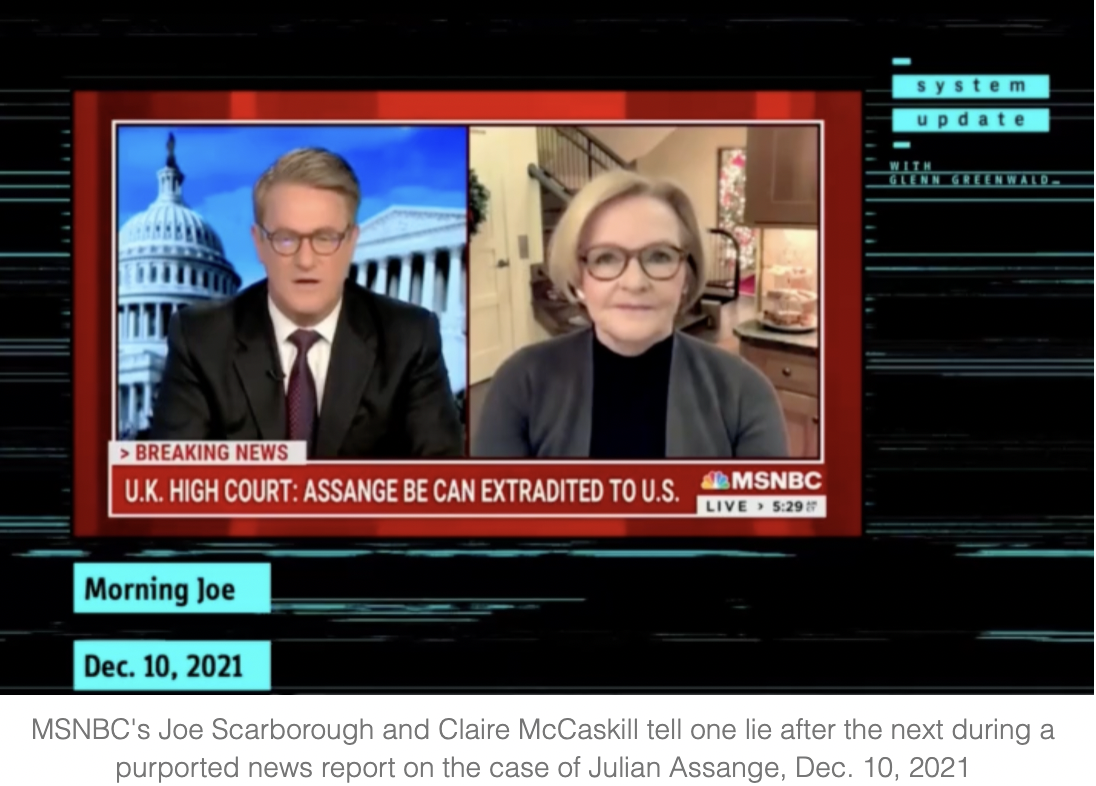 On his System Update YouTube program, Greenwald has produced a video dissecting one specific two-minute segment that NBC aired “in order to demonstrate how casually, aggressively and constantly NBC’s highest-paid personalities lie to the public. As I note in this new video, I use the term “lie” here not the way it has been used by the liberal CNN/NBC/Atlantic/NYT corporate media axis over the last five years: 1. anything Donald Trump or his supporters say; 2. anything that contravenes liberal orthodoxies. In this video report, I use the term “lie” in its most literal, restrictive and classic sense: namely, the assertion of demonstrably false factual claims with either the knowledge that it is false or complete indifference to its truth or falsity.

“We did this video report in order to illustrate how easily and reflexively these corporate outlets lie; to demonstrate that the public’s view that these outlets are completely untrustworthy and contemptible is valid and correct; and to set the record straight about the Assange case.” 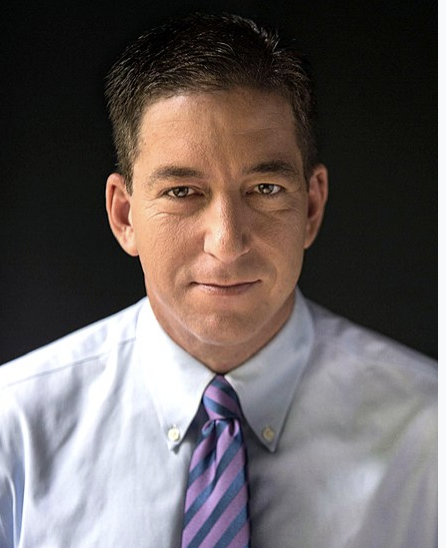 Glenn Greenwald is a Pulitzer prize winning journalist, former constitutional lawyer, co-founder of Freedom of the Press Foundation and author of four New York Times bestselling books on politics and law. His most recent book, “No Place to Hide,” is about the U.S. surveillance state and his experiences reporting on the Snowden documents around the world.