Could a prosecutor convince a jury of murder without proof?

It’s a circumstantial case: a murder has been committed but police can find no primary evidence to identify and charge a suspect. It’s not a ‘Whodunnit?’ game, but the reality in not one but two unique murder cases, bizarrely enough in the same year, 2009, but states apart.

Just to put this essay in context, here is what the High Court said (in part) when overturning the conviction of Cardinal George Pell in April 2020: “The Court held that, on the assumption that the jury had assessed the complainant’s evidence as thoroughly credible and reliable, the evidence of the opportunity witnesses nonetheless required the jury, acting rationally, to have entertained a reasonable doubt as to the applicant’s guilt.” (emphasis added)

The equivalent observation in our two examples might read as follows: “The Court held that, on the assumption that the jury had assessed the prosecution’s evidence as thoroughly credible and reliable, the defence case nonetheless required the jury, acting rationally, to have entertained a reasonable doubt as to the accused’s guilt.”

In this ‘snapshot study’, the parallels found in the cases of Sue Neill-Fraser and Robert Xie, are extraordinary. They are accused (and convicted) of murders which have nothing in common – but the two crime profiles reveal striking parallels:

Surely such a crime profile would suggest an insurmountable hurdle to a conviction BEYOND REASONABLE DOUBT… should such cases have proceeded to trial? Probably not.

But a prosecutor might feel they can present their case so that it will entice the jury to convict – acting rationally or otherwise. Well, it has been done …. and it can be done. Why? Convictions are a key measure of prosecutorial career success, for one thing. (You might imagine other motivations…)

In my book Murder by the Prosecution (Wilkinson Publishing) I outline a template whereby prosecutors can overcome such high hurdles in circumstantial cases. Those same elements of the ‘template’ can be (and were) applied here in both the Sue Neill-Fraser and Robert Xie cases.

Hobart, Tasmania: Her partner Bob Chappell was missing from their yacht, Four Winds, on the morning after Australia Day 2009. His body has never been found. She was charged and convicted of his murder. (Decision on her second appeal, heard March 1 – 3, 2021, is pending.)

Three imperatives to secure a conviction when there is no direct evidence of murder against the accused:

Establish and/or embellish conflict between accused and victim and/or potential motive, however slight.

The prosecutor, Tim Ellis SC, put it to the jury that Neill-Fraser and her partner of 18 years, Bob Chappell, were in serious conflict and ready to break up, just a few weeks after jointly buying the $230,000 Four Winds yacht. He cited statements by strangers to the couple, the crew who helped them sail the Four Winds from its Queensland berth to its new home in Hobart. The notion of them being in conflict was disputed by witnesses who knew the couple over several years, including family friend of many years, Bob Martyn.

He also cited evidence about what may have been a quayside quarrel between them on the day of Chappell’s disappearance, which turned out to be false – but the jury wasn’t aware of that. The quarrel was in fact a disagreement between Chappell and his sister, who was visiting Hobart – and took place the day before.

ROBERT XIE case
April 5, 2012 – Justice Derek Price denies bail, but acknowledges a jury may find there is not enough evidence to convict Xie.
December 20, 2012 -Xie is granted bail by local court magistrate John Andrews, who says the Crown case is not strong. Andrews had noted that the prosecution had described the murder of Xie’s brother-in-law, Min ”Norman” Lin and four members of his family, bludgeoned and strangled in their beds, as a crime of extreme violence and personal hatred but was unable to establish a clear motive for the crimes. ”It was effectively conceded by the prosecutor that there was no evidence of motive.”

The prosecution had a challenge; motive is not a prerequisite for a conviction, but it helps. So the Crown case produced two motives: one was jealousy, that Robert’s brother in law was more successful than Robert (not true). The other was the preposterous notion that Robert butchered five members of his wife’s family so he could sexually molest his teenage niece. The girl’s presence in the case served more as something with which to smear Robert and destroy his character.

Invent a scenario (speculate) describing the murder in detail, even if implausible. ‘Sell’ the story to the jury.

SUE NEILL-FRASER case
The prosecutor put it to the jury that Sue Neill-Fraser murdered Bob Chappell on board their new yacht possibly by hitting him on the head from behind with a wrench. NOTE: He did not present any evidence to support this speculation. Chappell was missing and his body was never found. In his closing address to the jury, he says: “She’s walking backwards and forwards and delivers blow – a blow or blows, or maybe stabs him with a screwdriver, I don’t know, he doesn’t look round, and so the body doesn’t have any marks of what you’d expect if someone had come down there, a stranger, intent on doing him harm, the body I suggest would have marks consistent only with being delivered by someone who he knew to be there, who he knew and expected to be behind him.” Ellis further speculated that she must have winched his body up to the top deck, heaved him over the side into their dinghy, rowed it away and dumped his body somewhere in the Derwent. NOTE: He did not present any evidence to support this speculation. (The jury was not too demanding of the Crown case…) 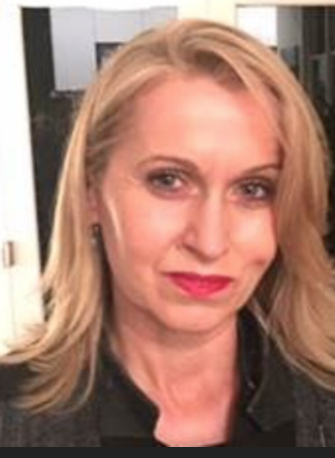 This was a huge challenge for the prosecution case. It was uncontested that Robert and his wife Kathy were at their computers on the night, until around 2am. Prosecutor Tanya Smith opened the Crown case saying: “The Crown does not know exactly what time it was that the murders occurred, but our case is that it must have occurred after 2 o’clock in the morning, because you will hear that it is accepted that the accused had been at home with his wife using the internet until around this time. So it is at some point after 2 o’clock and before 5.30am.” (Circular reasoning…case is built around Xie’s computer alibi; no evidence to show deaths occurred after 2 o’clock, but the prosecution didn’t make a fuss about that.)

The hurdle for the Crown case was that he was in his bed asleep after he shut his computer, and his wife agreed.

Ah, Xie must have sedated her, the police surmised. As a way to negate the alibi they enlisted an inmate to entrap Xie with covert recordings of hopefully incriminating conversations while Xie was on remand. The scratchy audio was played in court; it wasn’t very convincing (the judge wasn’t convinced) but it planted poison in the jury’s mind.

Read All About It!

Present any forensic and/or expert witness evidence angled to implicate the accused, playing on judge and jury ignorance about forensic and other technical or scientific matters.

SUE NEILL-FRASER case
The prosecutor distributed a photo to the jury which showed the Four Winds dinghy photographed with the extensive blue stain of luminol, a preliminary test for blood and many other substances. (The luminol test on the family car in the Lindy Chamberlain trial turned out to reveal sound deadener not blood.) There was no confirming test ever carried out on the dinghy. The projected slide was therefore meaningless, except it planted a prejudicial image in the minds of the jury.

At trial on October 13, 2010 during submissions prior to summing up, in the absence of the jury, counsel and the judge conferred. The prosecutor explained to defence and the judge (jury absent) that he never believed there was blood in the dinghy … obviously not, since it was his own hypothesis. The judge didn’t pass this on to the jury – they were left with the false impression that there was, indeed, Bob Chappell’s blood in the dinghy.

Read All About It!

ROBERT XIE case
The Crown made much of what was designated Stain 91, a slight (2cm x 6mm) reddish-brown smear found on the garage floor at the Xie family home. The stain was found late in the investigation. An O-tol presumptive screening test gave a positive result indicating the possible presence of potato, paint, blood, rust or strawberry. A confirmatory test needed to be carried out back at the laboratory. A Luminol test across the entire garage floor the next day failed to detect the presence of blood. Back at the lab, the sample was found to be insufficient. There was only just enough material left to try for a DNA profile. A mixed profile was obtained, containing the DNA of at least four of the victims. Because the victims all came from the same family, it was not possible to rule out other members of the extended family from having also contributed.

Despite the undisputed fact that Xie had taken his son home, through the garage, after discovering the bodies, the Crown contended that the stain had been transferred from the (undiscovered) murder weapon to the garage floor the previous night. They further contended that Xie disposed of the weapon when he went to pick up the grandparents from Merrylands on the Saturday morning. To bolster their case, the Crown needed to show that Stain 91 was blood. This exercise consumed many weeks of the trial with American expert, Dr Perlin, guiding the jury through the science of Probabilistic Genotyping and the applications of his TrueAllele computer program. Wow, eh? Must be really important … um….”What is DNA?” the jury asked in a note to the judge.

The inescapable conclusion is that in these two cases the Crown secured a conviction – but not necessarily the truth. And we contend that the murderers in both cases are still at large.

FOOTNOTE:
This essay is not a comprehensive exploration of the two cases. For more details about both, please see our extensive menu of articles on the right hand side of the page.

12 Responses to Could a prosecutor convince a jury of murder without proof?