In Pell, the Victorian Court of Appeal’s Judgement “falls apart under your eyes,” writes jurist John Finnis AC QC in the new book Current Issues in the Law of Evidence (Connor Court). The Appeal judges, it seems, acted as irrationally as did the jury at trial. Finnis explains how Cardinal George Pell’s innocence is proven.

For the two judges of Victoria’s Court of Appeal who upheld the Cardinal George Pell’s conviction, a chapter by eminent jurist John Finnis AC QC in the new book Current Issues in the Law of Evidence might make embarrassing reading … as it will for the jury who, ‘acting rationally should have entertained reasonable doubt,‘ as the High Court eventually said, in its 7-0 decision acquitting Pell of the sexual abuse of two boys.

It is not an outspoken Pell supporter such as TV host and columnist Andrew Bolt, or even acclaimed historian Keith Windshuttle (who wrote a book about it), but the unassailably well credentialed jurist John Finnis AC QC, who shows conclusively how the evidence against Cardinal George Pell simply falls apart on inspection. And in the process, casts doubt on the judgement of the judges who didn’t see it. Like the jury, the two Appeal judges who voted to uphold the conviction also failed to act rationally, by implication. 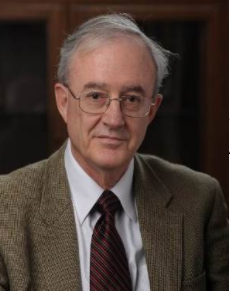 John Finnis AC QC is professor emeritus at Oxford University, having been Professor of Law and Legal Philosophy from 1989 to 2010.  He is a Fellow of the British Academy (Law and Philosophy sections). A barrister of Gray’s Inn, he practised from 1979 to 1995 and was appointed Queen’s Counsel [QC] (honoris causa) in 2017.  Originally from South Australia, he was made a Companion in the Order of Australia in 2019 ‘for eminent service to the law, and to education, to legal theory and philosophical enquiry, and as a leading jurist, academic and author’.

In his chapter “Where the Pell Judgement Went Fatally Wrong”, Finnis wastes no time in slicing open the Victorian Court of Appeal’s Judgement; it “falls apart under your eyes. Its sequencing (falsity, improbability, impossibility) reverses the rational order of treatment.

“Its handling of Archbishop Pell’s alibi defence concludes abruptly in para. 143 by placing the onus of proof exactly where the law quoted in para. 142 says it cannot be: on the defence.” Ouch. Ouch because it should be obvious to anyone, especially a judge, never mind two judges. (The two judges were Ferguson CJ and Maxwell P; the dissenting judge was Weinberg JA.)

Perhaps it’s that kind of blindness that took the majority of the appeal bench to an up-ended conclusion, as Finnis explains.

“In satisfying themselves that there was a five- or six-minute window of opportunity – an unlocked and traffic-free door – the majority deployed a reference in the sacristan’s evidence to “five or six minutes”. They not only ignored other evidence from him and other witnesses that ferrying of stuff from sanctuary to sacristy would begin immediately the procession left the sanctuary – but also failed to see that any window of opportunity was eliminated by what they themselves were without demur recording as the sacristan’s actual proposition: that during the whole “five or six minutes” the sacristy door remained locked.”

The importance of this analysis is that it is not some arcane matter of law but evidence of physical reality: logic. Finnis elsewhere canvasses the various aspects of law that are also up-ended or compromised, but it is this stark negation of the complaint that denies Pell haters the option to insist that Pell is not really innocent.

NOTE: The editor of the book, A. Keith Thompson, points out in his introduction (worth reading in full in its own right) that the Finnis chapter is a reprint of an article first published in Quadrant Online (September 2019) – “We have republished the article both because it deserves a wider audience and because the good professor does not mince his words. Though he did not know the outcome of the High Court appeal when he wrote, readers would be justified in considering there is more than a little of the seer in his analysis.”

Pell’s case also motivates the fourth and final chapter, Should the jury be abolished in light of the High Court decision in the Pell case? by Mark Bonnano. He writes:

Some supporters of the Cardinal have seen the jury’s failure in the Pell decision as evidence that it is now time to do away with the institution of the jury. Without subjecting the matter to any legal analysis, the idea of abandoning the jury in consequence of the result in the high court in Pell is illogical.

Getting 12 disparate and unrelated people to unanimously agree on anything, let alone guilt, is notoriously difficult. Presumably, those circling the institution of the jury with pitchforks and torches want to commend the accused to the tender mercies of judges alone. Yet here the argument becomes more illogical as set out above, two of the three eminent judges in the Victorian Appeal Court were convinced of his guilt, having put themselves in as close a position to the jury as they could. The Queensland Court of Appeal made up of judges in Coughlan also got it wrong, as the Judge Wass in the District Court of New South Wales in SY. Having the pronouncements of guilt or innocence made by a person wearing a wig and gown is no guarantee that the decision in such cases will be correct.

The point is justly made that the verdict appealed in Pell is the second chance a jury had “to get it right.” The first trial ended in a hung jury. Should prosecutors be allowed to try and try again until they reach the answer they are seeking? As a supporter of juries, the author suggests that the legislation could be amended so that a hung jury might be polled by the trial judge. Without nominating which jurors made which decision, the foreman of the jury would advise the court that the jury were divided six all or seven-five or ten-two. If unanimity was a close run thing with only one or two jurors disagreeing with the guilty verdict, an assumption might be made that the dissent interview was perverse. If that were the case, the prosecutor would be allowed to press for a second trial.

If the division were more widespread, the assumption could be made that the evidence was not compelling and the reasonable doubt would be presumed and no further trial permitted. Perhaps the suggestion from those opposed to juries is that the judge alone could be assisted by another judge or judges. The same problem arises. Are three people in wigs and gowns more likely to come to a better conclusion on the facts?

Ferguson CJ and Maxwell P “honestly set out their reasoning in the Victorian Appeal Court decision, and (inadvertently) the basis of their error,” writes Bonnano. “Indeed we have approached our task by trying to put ourselves in the closest possible position to that of the Jury.”  This is not the Court’s role. Far from exercising oversight, the Court was now trying to usurp the jury’s function.”

But in the case of the judges, they were required to publish their reasons – which could be examined by the High Court. And the error found.

Notes Bonnano: “Instead of merely reading the transcript, the appeal court looked at the original video evidence of A. Armed with the demeanour of A, the appeal court has additional data to make a conclusion that any logical contradiction is overcome.” You see the problem? “The true test, based on objective fact and the transcript alone, has been thwarted.”

(Demeanour, eh? A credible performance? In the hit rom-com When Harry Met Sally (Rob Reiner, 1989), Sally (Meg Ryan) ‘performs’ an orgasm in a restaurant sitting at a table opposite Harry (Billy Crystal) to make the point that women can credibly ‘fake it’. The restaurant patrons ‘buy’ the performance, not knowing any of the context. It certainly appears credible to the audience, too. I am not suggesting that A was acting; merely that demeanour is not a reliable guide to truth.)

I like the suggestion of polling juries. Even better, perhaps, we could consider another or a different change to legislation. One of the main attractions of a judge alone trial (primarily in criminal trials) is that judges are compelled to give reasons, whereas juries are forbidden to.

This difference does seems irrational, although I recognise the difficulties in getting juries to write their reasons … herding cats? Still, it does raise the issue that in cases such as Pell, the jury “if acting rationally” should have entertained reasonable doubt. Published reasons may well provide the legal system a way to avoid lengthy and costly appeals…Discuss

Bonanno concludes his thoroughly engaging chapter (which goes well beyond Pell), by saying “It would be tragic if dissatisfaction with the verdict in the one case, combined with the temporary emergency posed by COVID-19, were to rob society of an institution which has served us well for a millennium.”

CURRENT ISSUES IN THE LAW OF EVIDENCE
Edited by A. Keith Thompson
Shepherd Street Press is an imprint of Connor Court Publishing and The School of Law, The University of Notre Dame Australia, Broadway.

1 Client Legal Privilege and the Need for a Rationale
— Anthony Westenberg
2 Where the Pell Judgment Went Fatally Wrong
— John Finnis
3 The jury in its historical perspective
— A. Keith Thompson
4 Should the jury be abolished in light of the High Court decision in the Pell case?
— Mark Bonanno