Undercurrent, the 6-part docoseries digging into the investigation leading to the murder conviction of Tasmanian grandmother Sue Neill-Fraser broadcast on the Seven Network in March 2019, except in Tasmania, is now available to watch free, around the world, on TUBI.

It is also accessible at 7+ 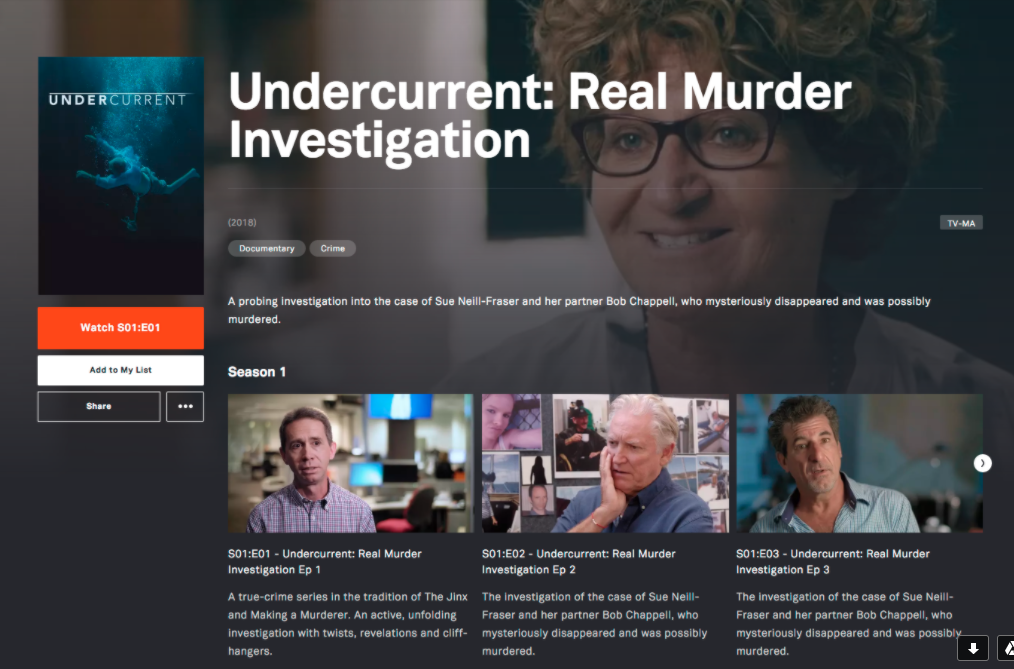