Eve Ash, the Melbourne filmmaker whose documentary, Shadow of Doubt, opened a Pandora’s Box on the Sue Neill-Fraser (many say wrongful) murder conviction, has produced a 4-part eLearning course, Giving Expert Evidence, which has now (July 23, 2020) been released on OPENSESAME.com an acclaimed online learning library based in USA. It begins by urging expert witnesses not to advocate but inform. Oh, and beware of ego …

It would be wrong to imagine that Giving Expert Evidence is only suitable for the ‘beginner expert witness’ in any field of science. Legal history shows us that expert witnesses with years of experience still fail some of the essential requirements of presenting their specialist expertise in court. Lesson 1 begins with the reminder that an expert witness is – or should be – impartial, objective and independent. An expert witness is not an advocate – even though (and especially) in most cases where an expert witness is called by the prosecution. 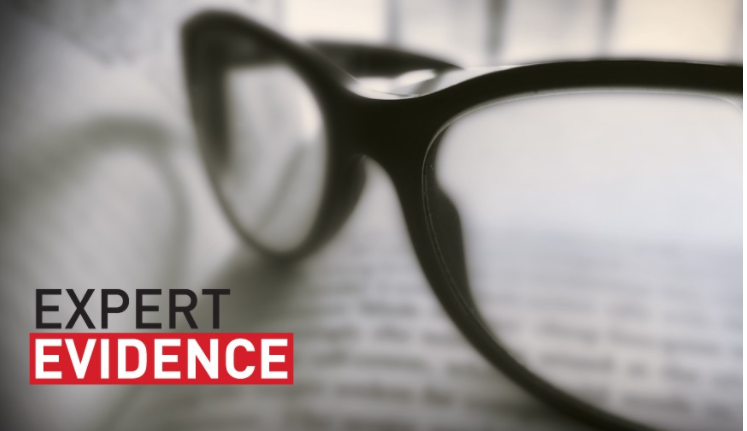 An example of an expert witness advocating is given with the case of Gordon Wood, convicted of murder by throwing his fiancee off the cliff at The Gap in Sydney. The Associate Professor called by the Crown to give evidence was found in Wood’s successful appeal not to have been qualified to give expert evidence in the field of science on which he gave testimony and was rebuked for having become an advocate for the police investigation and prosecution arguments, made clear in correspondence.

Some forensic experts have spectacularly failed to deliver the expertise a criminal trial requires for justice to be served. In Australia, the first example that springs to mind is the Lindy Chamberlain case. (The prosecution relied on expert forensic testimony that identified as blood spatter the material found splashed under the family car’s dashboard. Lindy had cut her baby’s throat with a pair of scissors, claimed the prosecution … It was six years after the baby’s death that more thorough forensic tests were undertaken. The material turned out to be sound deadener.)

This expertly produced course (by Ash’s 7 Dimensions in association with the University of Victoria) delivers a mix of clearly written text and several video interviews with suitably qualified professionals* from various areas of the law, academia and forensics.

Ash first produced 22 videos for Victoria University, then this year, closed down by the pandemic, developed those videos into the 4 powerful courses, while legal academic Dr Bob Moles of Flinders University added icing to the cake after reviewing them – adding extra information.

All of it is pertinent and relevant, such as the primer on the ‘basis rule’ – admissibility of evidence:

And: Any opinion based upon intuitions, subjective beliefs, speculation or unspecified ‘experience’ is inadmissible.

In Part 3, the course tackles mistakes and miscarriages of justice in relation to expert evidence:

One case cited is that of a shaken baby, in which the expert witness testimony was simply not understood properly by anyone involved in the case. The resulting murder conviction was later overturned on appeal, after the testimony was carefully re-assessed.

As one interviewee says, total reliance on forensic evidence is dangerous; it is just one tool that can provide some part or parts of the total evidence pool.

* Interviewees (with their titles at the time of the interview):

NOTE: Ash also co-produced and presented Undercurrent, a 6-part investigation into the Sue Neill-Fraser case, screened on the 7 Network in 2019.

7 Dimensions
7 Dimensions is a world leader in the production of creative learning resources that engage and educate. Led by Melbourne based psychologist and documentarian Eve Ash, the company has produced over 700 videos in USA and Australia, on business topics, management and communication skills along with a range of personal development and English language programs. 7D has won over 160 awards for creativity and excellence.