Victoria’s Court of Appeal – too many judgements overturned, bring on a CCRC

Over the past 14 years under Justice Chris Maxwell’s reign as its president, 18 of the judgements of Victoria’s Court of Appeal have been overturned by the High Court, while in the previous decade, 10 of its judgements were reaffirmed and reversed only twice by the High Court. The analysis is in a report released today, by Victoria’s former chief crown prosecutor Gavin Silbert QC.

Given how difficult and expensive it is to get in front of the High Court with a criminal appeal, it can be assumed that there are other appeals that have endured a similar fate in Victoria’s Appeals Court, throwing into sharp relief the need for a Criminal Cases Review Commission that would open an avenue for further appeals before attempting to engage the High Court. (Here’s why & how it can be done)

“The first 10 years of the court (under Justice Winneke) are notable on two counts; first, the relatively few grants of special leave by the High Court and, second, the fact that only two decisions of the Court of Appeal were reversed,” Mr Silbert finds. 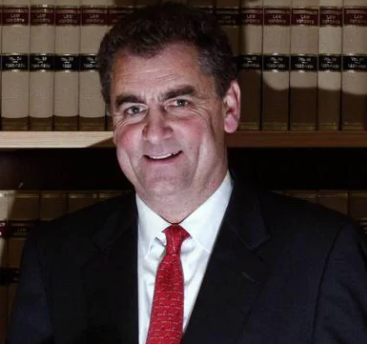 “The next 14 years (under Justice Maxwell) are notable for an increase in the applications for special leave to appeal and the number of judgments reversed on appeal.”

The cases analysed in the study are all criminal matters covering a range of sex crimes, murder, theft, drug-trafficking and dangerous driving offences.

His report continues: “The Maxwell court embarked on a series of decisions which had wide-ranging effects, particularly in the field of sentencing. The court was overruled by the High Court on an increased number of occasions,” he writes.

Mr Silbert notes that the Maxwell court approved a practice whereby the crown prosecutor was obliged to provide a judge with a range within which it was submitted that a sentence should be imposed.

“The expressed rationale was to promote consistency of sentencing and reduce the risk of appealable error,” he writes, going on to blast this as a “fallacy”.

“For the following six years, sentencing in Victoria proceeded as an auction, with the crown offering a range, the defence offering a lesser range and the sentencing judge splitting the difference between the two, effectively sandbagging the sentence from appeal by either party.

“Mr Silbert notes that this practice was subsequently overruled by the High Court.

“In the case of Cardinal Pell, the Court of Appeal suffered a major blow to its legal reputation.

“The High Court was critical of the manner in which the VCA, including Justice Maxwell, ruled in its majority verdict, arguing that there was doubt around the convictions but that only judge Mark Weinberg had dissented.”

But some legal commentators are reportedly saying that 18 reversals over 14 years is not extraordinary.

7 Responses to Victoria’s Court of Appeal – too many judgements overturned, bring on a CCRC