Australians concerned that Sue Neill-Fraser is destined to spend her tenth year in prison despite it being now known for sure by the legal system* that she is innocent of the murder conviction that put her there, would agree that reform across the legal system is badly needed. Former High Court judge, Michael Kirby would also agree.

This is what The Hon. Michael Kirby AC CMG# said on the subject at the Australian National University National Law Reform Conference Canberra, 15 April 2016:

“The fact that this conference has occurred is, I believe, the product of two developments. First, a recognition that every professional lawyer is necessarily involved to some degree in consideration of the defects, injustices and gaps in the law. And secondly, a recognition that the institutional machinery for addressing law reform (whether in Parliament, the courts or permanent institutions of law reform) are insufficient and ineffective to do the job, and increasingly so.” # Justice of the High Court of Australia (1996-2009); President of the New South Wales Court of Appeal (1984- 96); Judge of the Federal Court of Australia (1983-4); Chairman of the Australian Law Reform Commission (1975-84).

That was almost exactly three years ago. To date, no reforms of any kind have been identified by any institution of the law, never mind addressed.

A summary of proposed reforms – from the investigation through to the trial stage – was drawn up even earlier, at the November 2014 Symposium on Miscarriages of Justice (Flinders University, Adelaide) which we reported here

Seek the culprits not convictions

and which was included in my book, Murder by the Prosecution (Wilkinson Publishing) published in September 2018. No Attorney General has seen fit to request the Australian Law Reform Commission to enquire into any of these matters.

That summary refers to reforms needed in the areas of police investigations, forensic scientists, prosecutors and judges. The Sue Neill-Fraser case offers examples of mistakes in every category identified.

In the Neill-Fraser case:
* A sample of DNA found on the deck of Four Winds could not be matched immediately and was disregarded in the investigation; it was later matched to Meaghan Vass, months before the trial, but the brief of evidence was not changed and Neill-Fraser went to trial.
* Neill-Fraser was the only suspect (tunnel vision).
* Sue’s first husband was never interviewed by police.
* Stephen Gleeson and another man (both about 50 at the time) should have been persons of interest during the investigation. Gleeson was living in his yellow Ford near the water’s edge in Sandy Bay at Rowing Shed point. The second man’s yacht was moored nearest the Four Winds. Both men had a history of violence. These two men were not formally interviewed until 2012, three years after the murder. The interviews were unsatisfactory, as Colin McLaren details in his book, Southern Justice (Hachette).
* Notes and records should have been kept of key briefing meetings and critical decisions made. An RTI response from Tasmania Police dated 18 September 2012 advised that “All investigation team briefings were verbal and tasks allocated on whiteboard (no permanent record exists).”

Forensic scientists, laboratories, professional bodies:
develop a system of quality standards, with documented policies and procedures
training to explain evidence in court so that it is understood
requirements for validation of evidence
training to avoid contextual bias
emphasis on serving the court not the police or prosecution

In the Neill-Fraser case:
* The forensic pathologist was asked to provide an expert opinion to the jury as to whether an older person, perhaps a bit frail, could be killed by a blow to the head with a wrench. This evidence was inadmissible.
* The testimony of the forensic scientist was inadmissible: the witness said that it was possible for her to distinguish between a positive response (to human blood) and a false positive response (to other substances) by the quality of the glow or sparkle, and the duration of the glow. At other times she said that she could make such discriminations on the basis of her “experience”. These were the type of explanations which have been rejected in numerous previous cases. They do not accord with basic principles of scientific method.

Prosecution:
Adherence to rules of law (eg not presenting speculation as fact)
Explain forensic evidence rationally
Presentation of evidence fairly
seeking conviction must be subservient to seeking of truth
accountability: penalties to apply for misconduct

In the Neill-Fraser case:
* The jury was told by the Director of Public Prosecutions (DPP) Tim Ellis SC, that Bob Chappell was most likely killed by a blow to the head – in total absence of any evidence, since Chappell’s body has not been found.
* The jury was given the strongest impression by the DPP and the judge that a wrench was the weapon – with no supporting evidence.
* The jury was told by the DPP that the DNA of Meaghan Vass on board the yacht – the scene of the crime – was a red herring.
* The jury was told by the DPP that Sue tried to clean up after the crime with latex gloves – but it was Tim Chappell’s DNA (Bob’s son’s) on the inside of a latex glove found and analysed, not Sue’s.
* The jury was told Sue Neill-Fraser used red herrings to divert police like suggesting there may have been drugs hidden on board the yacht when they bought it at Scarborough Marina and sailed it down only a month prior to Bob’s disappearance. Yet the very day the jury went out to consider their verdict, one of the biggest cocaine busts was made by AFP at Scarborough Marina on a yacht.
* It was proposed that Sue tied a fire extinguisher to Bob’s body to weigh it down but there is evidence the fire extinguisher was not even on board the yacht, nor would it be of sufficient weight.
* A blurry image of a car from an ATM machine was used to suggest Sue was in her car driving in Sandy Bay Rd – but at the same time as she was supposedly out on the river dumping the body – and there was insufficient fuel used by Sue’s dinghy.

* A witness (Mrs Zochling) was said to have seen and heard 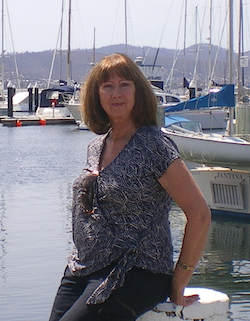 Bob and Sue arguing on the morning of Australia Day 2009 but on seeing Sue in court and Bob Chappell’s sister Anne Sanchez in court she realised that she had seen Bob not with Sue, but with Bob’s sister on the morning before. But this was not clarified for the jury – wrong woman, wrong day. (The prosecution was trying to show conflict between Bob and Sue.)
* It was suggested Sue searched on her computer to look at Galapagos Islands – as something she wanted to do without Bob, supposedly after killing him. There was absolutely no basis for any such presumption. Sue in fact searched together with Bob as this was a place on the way by boat to his sister who lived in Ecuador.
* The prosecution address to the jury was in breach of prosecution guidelines, and seriously prejudicial. This included the suggestion that Sue was somehow involved with the disappearance of a young man, which she had nothing to do with. (The defence should have been vigorously demanding intervention by the judge.)

These examples from the Sue Neill-Fraser case are not exhaustive; but they are sufficient to demonstrate that this case provides a comprehensive dossier of the errors that – each on their own – lead to wrongful convictions. Together, they are a damning catalogue of misjudgements and errors that are unacceptable in contemporary law enforcement.

Other important reforms suggested by this case include a more responsive appeals system to minimise delays. Serious criminal offences such as murder and rape, are heavily punished. The risk to those wrongfully convicted is therefore enormous. The system must be more demonstrative of its concerns to correcting errors. It is entirely in the hands of the legal profession to devise suitable reforms.

* NOTES:
On March 21, 2019, Justice Brett of the Tasmanian Supreme Court granted Neill-Fraser leave to appeal her murder conviction. It is estimated that the appeal will not get to court until later in 2019, and that the decision on the appeal may not be handed down until early 2020. And she will still be in prison …. Neill-Fraser was arrested on August 20, 2009; her trial was held in September/October 2010. Meaghan Vass had – first on 60 Minutes (March 10, 2019) and then in a sworn statement to the court, admitted she witnessed the murder on Four Winds and Neill-Fraser was not the killer.