When her guilty verdict was no longer tenable, Lindy Chamberlain was released before her appeal was heard. Could Sue Neill-Fraser ask for the same? Legal academic, Dr Bob Moles*, an authority on wrongful convictions, sets out the scenario, in view of Meaghan Vass admitting on 60 Minutes (March 10, 2019) that she was a witness to the 2009 murder and Neill-Fraser – who was convicted of the murder – was not there.

The prerogative power vested in the Governor allows for the remission of a sentence ‘in the exercise of Her Majesty’s mercy’ where deemed appropriate to do so. It is a matter of constitutional convention that the Governor acts only upon the advice of the Government ministers, in this case the Attorney-General who accepts the advice of the Executive Counsel on such matters.

As it may take some time for the appeal process to run its course, it is possible for the prerogative power to be exercised whilst an appeal is foreshadowed or pending. This is in fact what occurred in the case of Lindy Chamberlain who was released before her appeal was heard. 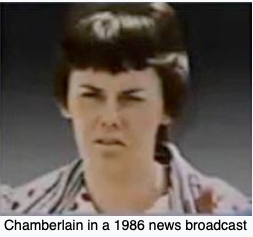 [The Administrator, the equivalent of the State Governor, accepted the advice of the Executive Council that the balance of the sentence be remitted, 7 February 1986.
In 1987 Lindy and Michael Chamberlain were pardoned. The convictions were overturned by the Court of Criminal Appeal in September 1988.
See Wikipedia – https://en.wikipedia.org/wiki/Lindy_Chamberlain-Creighton
and the NetK Chamberlain Homepage: http://netk.net.au/NTHome.asp]

It is possible of course that some may take the view that in the context of the history of this case, it is unlikely that the Attorney will recommend such a course of action, and may say let the appeal take its course.

My view is that it is better to submit the petition and get a refusal, otherwise the Attorney can say the further delay was not his fault, because he was never asked to exercise the petition power, and he could not exercise it of his own volition.

Of course the Attorney may consult with the DPP and the DPP may well say the statement by Vass should not be acted upon because she is an unreliable witness. However, if the DPP were to take that view, then that would amount to an ‘own goal’ by the DPP.

Such a view by the DPP would contradict the view of Vass which the DPP put to the jury.

At trial in 2010, the DPP presented Vass as a reliable witness and when she said she was not on the boat that night, the court accepted that as a truthful statement. (And a defence request to recall her for further examination was refused after objection from the DPP.)

If the DPP were now to say that she is an unreliable witness, then that change of opinion by the DPP would amount to a fresh evidence issue, and surely one sufficient to allow for the appeal to succeed.

In effect, the jury were misinformed by the DPP on this issue.

The change of status of such a key witness (from reliable to unreliable) on such a key issue must surely be a sufficient ground for a successful appeal.

The test is whether the mistake at trial (misinforming the jury as to the credibility or reliability of a key witness) was ‘reasonably likely’ to have influenced the jury in arriving at their verdict. If so, then the appeal ‘must’ be allowed.

Or alternatively if the jury had known about the change of status of the witness, would a conviction, nevertheless have been ‘inevitable’?

Of course, in the absence of a petition application, it may be possible during the course of the appeal to make an application for release on bail. However, when we asked counsel in the Bromley appeal to do just that on his behalf, they refused to do so on the basis that it might look as though they were attempting to pre-empt the outcome of the appeal.

I must emphasize, of course, that I have no idea how the legal advisers in the Neill-Fraser appeal might respond to these recent events as their considerations of the complex issues of this case must be a matter for them alone.

Like everyone else, we will only know what they decide to do when they do it, because it would be wrong for them to be involved in public discussion of such sensitive issues, prior to implementing them during the court process.

We can only watch with interest.

* Dr Moles is Adjunct Principal Researcher, College of Humanities, Arts and Social Sciences, Flinders University of South Australia, and has published several books on miscarriages of justice in Australia.

9 Responses to Sue Neill-Fraser – In steps of Lindy Chamberlain?