Guilty – without evidence and without accountability

With the example of three current cases on foot across Australia, the legal system is shown to be dangerously flawed. In each of the three examples, the accused was convicted by a jury – without durable evidence. This is astonishing in law and catastrophic for democracy. And it raises the ever-present question of accountability for the legal profession.

In Tasmania, in Victoria and in NSW, evidence-free convictions are being appealed: Sue Neill-Fraser, Cardinal Pell and Robert Xie were all convicted by juries who did so without probative evidence against the accused. That is not an opinion. It is fact.

Sue Neill-Fraser – Tasmania
Bob Chappell, a 65 year old radiation physicist at Hobart hospital, disappears from his new yacht overnight (Australia Day 2009), never to be found. Police charged his 55 year old female partner with murder. At the subsequent trial, the prosecutor, contrary to the rules but unchallenged by the judge, speculated freely on how she might have murdered him on board (with a wrench) and dumped his body in the river, but offered no evidence to support any of his theory. Forensic scientists had found a deposit with DNA matching a then homeless 15 year old Meaghan Vass on the yacht, but the prosecutor dismissed that as ‘a red herring’. The accused was convicted and jailed for 26 years in 2010 (reduced to 23 on appeal). A new appeal is being sought at time of writing. 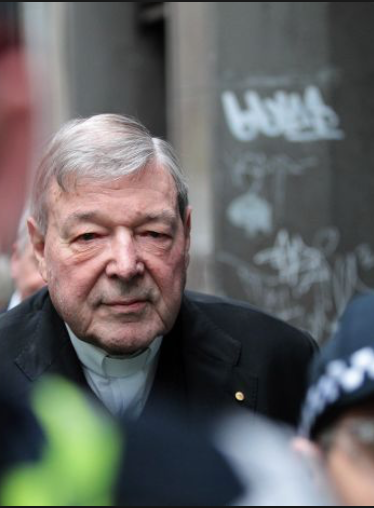 The jury in 2018 convicted Pell of the 1996 sexual abuse of two 13 year old boys in the (publicly accessible) sacristy of St Patrick’s Cathedral in East Melbourne, solely on the uncorroborated allegation by one of the two, now an adult, after the death of the other, who had denied the alleged abuse. No evidence was produced and several witnesses denied the testimony’s plausibility. An appeal is being prepared.

NOTE: By ‘durable evidence’ I mean capable of withstanding scrutiny.

The ‘first hand account’ in this case is an allegation, without eye witness corroboration, and which fails to withstand scrutiny on several grounds:
1 the other choirboy alleged to have been abused did not corroborate it before he died many years after the ‘event’
2 the particulars of the allegation cannot be supported by a) reference to where it allegedly took place, a publicly accessible room, often accessed after mass
3 b) reference to the closed, full length robes (3 layers) worn by Pell which do not part in the middle nor at the side
4 c) lack of evidence to show that Pell was not accompanied by the MC, a requirement always followed post-mass
5 d) no corroborative evidence that the choirboys had been missing from their group

Robert Xie – NSW
On July 17/18, 2009, five members of his wife’s family were viciously bludgeoned to death in their home. Police were unable to solve the murders; after two years of searching, they arrested Robert Xie, husband of Kathy Lin.

They were neighbours as well as family. Magistrate John Andrews in the committal hearing in 2012, said: ”It was effectively conceded by the prosecutor that there was no evidence of motive:the Crown prosecutor, Mark Tedeschi, conceded that the prosecution case may not be an overwhelming one”. Yet it was put, doubts notwithstanding. There was no murder weapon or forensic evidence to link Xie to the murders. Yet Robert Xie went to trial (four times between 2011 and 2017) and was finally convicted on all five counts of murder and sentenced to life imprisonment in February 2017. An appeal is being prepared. 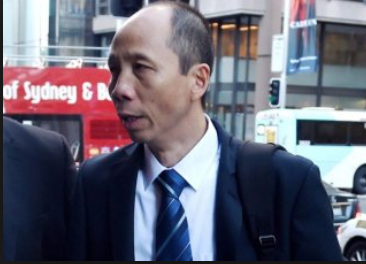 This case is covered in detail – including unexplored exculpatory evidence, a likely motive and who had that motive – in my upcoming book, No Crime, Much Punishment (Wilkinson Publishing).

These three cases are not the only ones that are eroding confidence in the legal system, and in some of its practitioners. Humans are fallible and lawyers, judges and barristers are human. The fallibility of the legal system is recognised by the appellate system, which is meant to provide an avenue for righting errors made. It is far too slow and far too expensive to do the job effectively, nor does it contemplate accountability. The judge who erroneously tells a jury in summing up that the accused “made admissions” is not held to account (another case of wrongful conviction in my files) but the inevitable conviction is recorded and the accused’s life is ruined.

The obstacles (and costs) facing an innocent person wrongfully convicted are immense. As outlined in a paper by Rachel Dioso-Vila (et al) of the Innocence Project at Griffith University: “The appeal must typically be launched within one month of the conviction and relies on arguments relevant to the evidence presented at trial. New or fresh evidence of innocence is rarely available so soon after trial and a wrongfully convicted person in Australia spends an average of 4.5 years in prison before release, making this a near impossibility of exoneration within one month of conviction. If leave is granted, the High Court of Australia may offer a further appeal for a small percentage of criminal cases. However, the current interpretation of the High Court’s ambit is that it is constitutionally restricted from hearing fresh evidence, so that even if fresh and compelling new evidence of innocence became available, it would be unable to take that into account in its decision-making.” (Sue Neill-Fraser was arrested in August 2009 and has been incarcerated ever since.)

Andrew Mallard was convicted of the murder of Perth jeweller Pamela Lawrence in 1994 after eight unrecorded hours of police interrogation and a brief recorded ‘confession’ that followed. In 2005, the High Court of Australia was advised that the prosecution and/or police had withheld evidence which showed his innocence, and overturned his conviction. Mallard was released from prison. A cold case review of the murder conducted after Mallard’s release implicated Simon Rochford as the offender and Mallard was exonerated.

On 26 July 2012 Paige Taylor in The Australian reported: “Mallard case prosecutor fined”.
Ken Bates, the senior prosecutor in the wrongful conviction of Andrew Mallard for murder, has conceded he failed to comply with his duty to disclose that the victim’s injuries did not match a wrench (another wrench!) alleged to have been used in the crime.

Mr Bates has been fined $10,000 in the State Administrative Tribunal following an allegation brought by the Legal Profession Complaints Committee that he engaged in unsatisfactory professional conduct as a prosecutor on behalf of the crown during the 1995 trial of Mr Mallard. The fine was imposed as part of consent orders, submitted by both sides after mediation.

Mr Bates received a $270,000 payout and avoided any public service disciplinary action. The Corruption and Crime Commission (CCC) report into Mr Mallard’s case criticised Mr Bates’ handling of the case and a year later he was asked to step down from the DPP.

This is one of the rare (unique?) cases of accountability being applied, weak as it was. But does the punishment fit the crime? What should have been the punishment? How can the legal system claim to be self-policing and answerable only to its own institutions if there is no evidence that it is able to do so to the full satisfaction of the community?

But back to the evidence-free convictions: these (and others) show what in the case of Gordon Wood, Justice Fullerton called “impermissibly straining for a conviction”. That can apply to police and the Crown prosecutor, and sometimes to their joint efforts. The cosy relationship between those two elements, coupled with the equally cosy relationship with the forensic services, makes it highly desirable for greater vigilance against miscarriages of justice – and greater accountability. Mr Bates can readily recoup the $10,000 fine but Mr Mallard can never recoup his 12 years of freedom lost.

11 Responses to Guilty – without evidence and without accountability