Three floors above the court room where 14 months earlier NSW Supreme Court Justice Elizabeth Fullerton demolished Mark Tedeschi QC’s prosecution of Gordon Wood for being “disingenuous” and “impermissibly straining for a conviction” (for murder) yet dismissed the claim for malicious prosecution, Wood is appealing that decision.

Justice Fabian Gleeson, Justice Anthony Payne and Acting Justice Carolyn Simpson, sitting as the Court of Appeal, are being asked to consider the merits of Wood’s argument which boils down to the proposition that the totality of Justice Fullerton’s 500 page reasons and comments (eg “Mr Tedeschi continues to have no insight into his impropriety as a prosecutor in material respects”), conflicts with her decision to reject the malicious prosecution claim.

Gordon Wood’s high profile 2008 conviction for the 1995 murder of then girlfriend Caroline Byrne was overturned on appeal in 2012; he took his civil claim of malicious prosecution to the court in 2017/18. The new appeal hearing contesting that decision began on Monday, November 18, 2019. 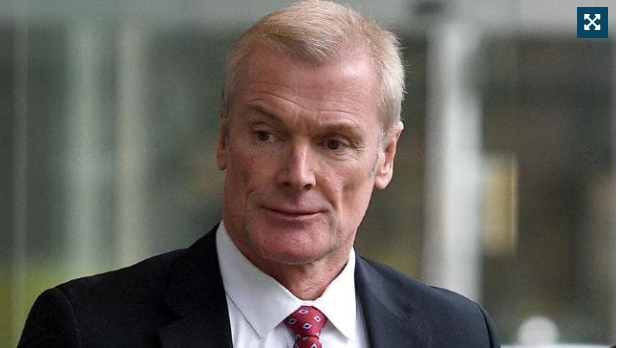 Gordon Wood, 24 years after the tragic and dramatic death of his girlfriend Caroline Byrne at The Gap in Sydney, sat in his dark blue suit (behind his solicitor Bill Kalantzis) as stoically as he had at the earlier civil trial where his claim of malicious prosecution failed. He showed none of the emotion he may have felt as he pursues what he firmly believes is a gross injustice against him. He was, after all, convicted of Caroline’s murder 11 years ago. But time doesn’t heal all wounds.

Court 12A in the Queen’s Square court complex was hushed as the three judges made their formal entrance and asked Gordon Wood’s barrister Tom Molomby SC to begin his submissions.

Seeking to show a pattern of prosecutorial excesses by Mark Tedeschi QC, Molomby was highly critical the prosecutor’s comments to the jury in the original trial, that the driver and the stockbroker were privy to a dodgy deal that involved arson, an insurance claim and insider trading.

“There is no doubt that (Mr Tedeschi) is saying to the jury Mr Rivkin and Mr Wood were involved in criminal behaviour. That is the most extraordinary trumpet blast of prejudice at the start of a criminal trial,” Molomby said.

He described the comments as a “build up of sinister implications” that relied on Rivkin’s conviction for insider trading to “import extra prejudice” and “plausibility”.

The jury were “hammered”, as Molomby put it, by claims that Rivkin was “paranoid” about what Byrne knew about his powerful friends and it was asserted she could be a threat to Wood’s boss. But Molomby pointed out that Rivkin had been interviewed by police and in his statement Rivkin had said he hardly knew Byrne and had no idea, nor concerns, about what she may know of his business affairs. And to the point, Tedeschi knew that; the transcript of the police interview was not tendered in evidence at the trial.

Molomby also cited the prosecutor’s knowledge of the “difficulties” with the evidence of the key expert witness, Professor Rod Cross, as evidence of an absence of “reasonable and probable cause” to initiate and carry the prosecution, which is an underlying condition of ‘malice’. Prof Cross had submitted that Wood was capable of throwing Byrne, like a spear, off the Gap. His evidence was criticised at both the appeal and the previous claim for malicious prosecution. (The appeal court was not asked to consider that this, the center of the prosecution’s case, had contained no evidence that Wood actually committed the acts Prof Cross postulated; it is simply a hypothesis, which is not permissible in prosecution.)

Justice Fullerton, Wood’s team claims, erred in allowing the prosecution’s “impermissible straining for a conviction” to avoid being labelled malicious.

Peter Neil SC was again acting for the Crown (as he did in the previous hearing) and rebutted Molomby’s critiques of the prosecution. He said it was clear why Tedeschi’s conduct was so harshly scrutinised by both the Court of Criminal Appeal – which overturned Wood’s conviction – and Justice Fullerton.

Neil said there can be “no error, whatever” identified that would make the highest court in NSW overturn Justice Fullerton’s decision.

But Molomby had stressed the cumulative impact of Tedeschi’s various prosecutorial actions should be considered as a whole, to establish the case for malicious prosecution.

The judges have reserved their decisions.

* More on the history of this case here and here

This entry was posted in Case 04 Gordon Wood. Bookmark the permalink.