Sue Neill-Fraser out on parole

Sue Neill-Fraser was released on parole this morning and driven to the parole office in Hobart by her two daughters, Sarah Bowles and Emma Fraser-Meeker, reported the ABC.

Sarah Bowles said although they were excited to have her out of prison, “it wasn’t the outcome we’d hoped for. This has renewed our energy, having mum out to clear her name, overturn the miscarriage of justice, and seek justice for Bob’s memory as well,” she said. 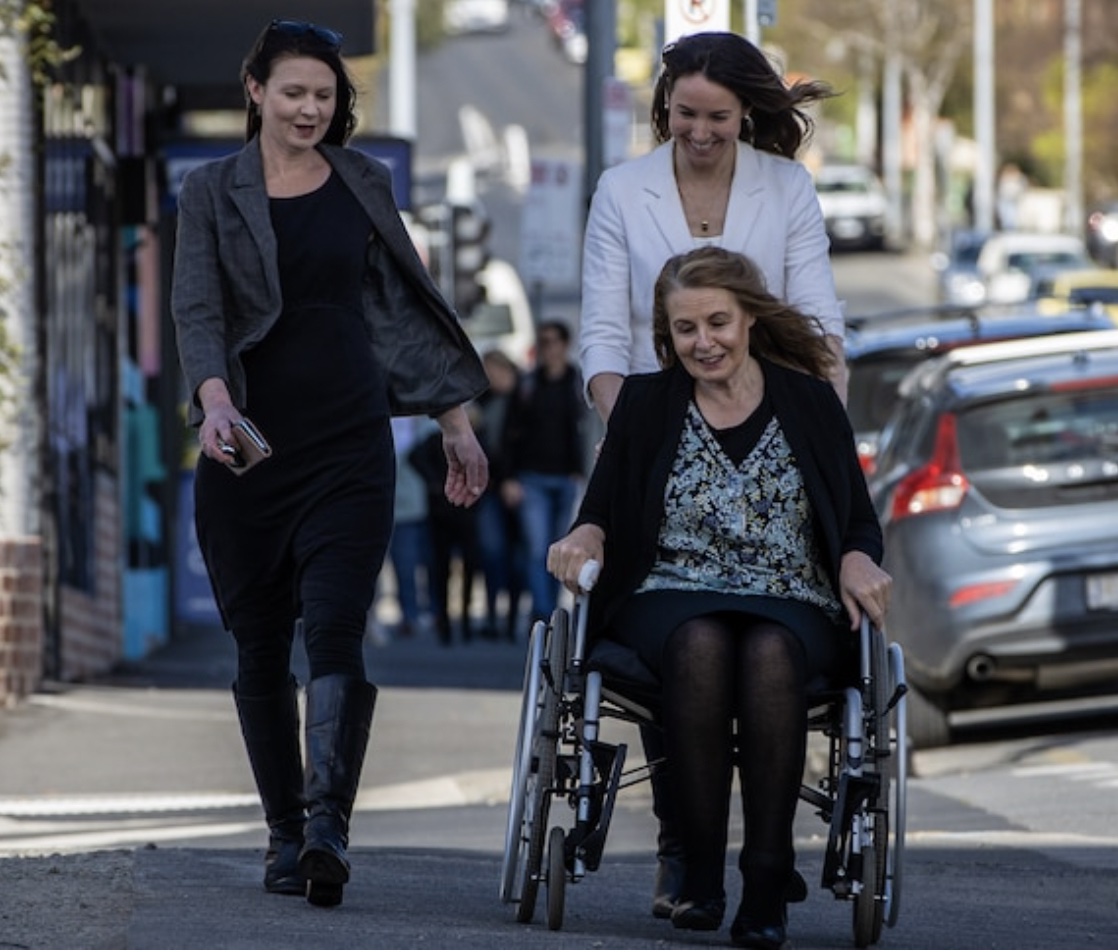 Sue Neill Fraser was accompanied by her daughters as she reported to her parole officer this morning.(ABC News: Luke Bowden)

“I think one of my main goals will be to see what can be done to improve her health now that we’re outside of the prison system.”

Rosie Crumpton Crooke, president of the Neill-Fraser Support Group, said it took a lot of persuading for her to relent and apply for parole.

“Sue always said she would not accept parole, that she wanted to come out of prison exonerated and as a free woman,” she said. “She took a lot of persuading to take parole. We have given her our solemn, sincere undertaking that we won’t give up.

At wrongfulconvictionsreport, we too, will continue to shine the spotlight on this egregious miscarriage of justice, brought about by a criminal justice system that has defied the rule of law in pursuing her.

67 Responses to Sue Neill-Fraser out on parole