QUIZ – test your knowledge of the Sue Neill-Fraser case

This week 11 years ago, Sue Neill-Fraser entered the witness box to give evidence at her trial for murdering Bob Chappell. This week also marks seven months since her latest appeal hearings before the judges (Wood, Escourt, Pearce) who are yet to deliver their decision.

Evidence … the presumption of innocence … the rule of law … prosecutorial integrity; this quiz puts those crucial concepts under the microscope. 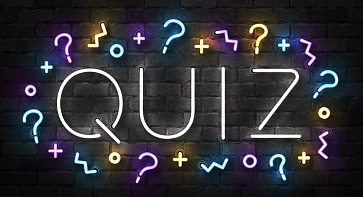 (Answers below in red)

1 What evidence was there that Sue Neill-Fraser hit Bob Chappell that day?

1 None; the prosecutor speculated

2 What did the prosecutor show the jury as evidence of blood in the Four Winds dinghy to support his speculation that Sue Neill-Fraser removed his body in the dinghy?

2 Forensic image of dinghy stained with luminol – a preliminary test

3 Despite the absence of his body, did the prosecutor speculate as to what injuries there may have been found on Bob Chappell’s body?

3 Injuries consistent with his speculation

4 The prosecution told the jury Bob Chappell was seen arguing with Sue Neill-Fraser in public on the waterfront, as sign of motive to murder; but the witness realised at trial that it was a different woman. Who was it? (The jury was left with the wrong information.)

6 Did police interview possible persons of interest around the foreshore?

7 What is the name of the witness with a criminal record and an ulterior motive who made unsubstantiated claims to the police and the court that Sue Neill-Fraser had a decade earlier sought his help in killing Bob Chappell?

8 Was there any DNA evidence found that linked a third party to the crime scene – and who was that third party?

9 What did the prosecutor tell the jury about that DNA?

9 He called it a ‘red herring’

10 A latex glove found on Four Winds was claimed by the prosecutor to have been used by Sue Neill-Fraser to ‘clean up’ after the murder, as DNA suggested; but it wasn’t her DNA and the jury didn’t find out. Whose was it?

11 Did the third party whose DNA was found admit on 60 Minutes that she was eyewitness to the bloody fight on board and Sue Neill-Fraser wasn’t there?

12 Who was seen by her on the Four Winds having a bloody fight with Bob Chappell?

13 Whose honest testimony about a dinghy alongside Four Winds at the relevant time was discovered well after the trial to have been mistaken about which yacht and dinghy he referred to?

14 Have any lawyers, barristers, etc called publicly for an inquiry into the case?

15 Have any lawyers, barristers, etc publicly defended the conviction (other than the ODPP)?

*  Peter Lorraine’s crucial evidence about sighting the Four Winds‘ dinghy on the Australia Day afternoon was incorrect. He didn’t see any of the Four Winds, its dinghy, or Bob Chappell. He saw another yacht, another dinghy, another person. The notes of his first contact with police make that quite clear. But those notes (made by Detective Sinnitt) were not disclosed to the Defence. (Etter/Selby papers, August 11, 2021)

We hope this QUIZ has helped readers understand the need for an inquiry into the case. There are other valid questions that trouble us:

Why did the judge fail to disallow the prosecution’s bloody, unsubstantiated and strictly forbidden speculation about the accused?

Why did the judge refuse to allow the recall of Meaghan Vass whose DNA was found at the crime scene?

PETITION FOR AN INQUIRY

The petition calling for an inquiry has so far attracted over 26,000 signatures.