Road to Damnation follows the science to a wrongful conviction

In his important new book, Road to Damnation, Chris Brook takes the reader on a gripping journey to the darkest reaches of human experience – the drowning of three children – when it intersects with the law. Brook places the case of Robert Farquharson – their father – at the interface between law, science, society and psychology. We invite our readers to ‘hit the road’ in a series of extracts, starting next week. First, we preview the book, which is destined to be controversial.

It is pitch black. Jai is shaking him. ‘Daddy, daddy.’ He is dazed, at the wheel. He starts to feel around. We are off the road, he thinks, must be in a ditch. But then Jai starts to open the passenger door and water starts rushing in. So begins Chapter 1 – Damned, grabbing our imagination as Chris Brook begins to tell the story that started in country Victoria on that dark Father’s Day night in 2005, and after several turns and twists over the years, continues still, in a prison cell where Robert Farquharson is destined to spend his days and nights for 33 years. And Brook shows how wrong and how avoidable that outcome has been.

It’s the third book on the case, but the only one whose author spoke extensively to Farquharson.

With degrees in law and science from the University of Melbourne and astrophysics from Swinburne, Brook (now an astrophysicist at a world leading institute in Spain) has the perfect amalgam of disciplines to deconstruct this case, which continues to be misrepresented and misunderstood. The emotional branding mark of infanticide is impossible to erase, it seems. But Brooks gives it a good go.

In 2007, Farquharson was convicted and sentenced to life imprisonment with no minimum term. However, he maintained his innocence and appealed his sentence. On 17 December 2009, he won the right to a retrial, due in part to the key witness for the prosecution, Greg King, facing potential criminal charges himself at the time of the original trial. He was released on bail on 21 December, but was again convicted of murder on 22 July 2010. He claims he blacked out after a coughing fit and lost control of the car, which veered off the road into a dam and sank. He escaped but could not save his sons. The prosecution claimed he drowned his sons deliberately.

“The book analyses the evidence in the case from a scientific perspective, making comparisons with the way the evidence was analysed in the criminal justice system. Scientific knowledge such as memory research, and the profound implications for our legal system, is explained and explored, as are cognitive biases, and how barristers exploit them to manipulate juries.” That’s how he pitches the book and it is perhaps the most remarkable aspect of Road to Damnation – that it combines investigative and scientific methods and presents the material in an accessible and highly engaging manner. We are with him on the road, following the evidence and his analysis. 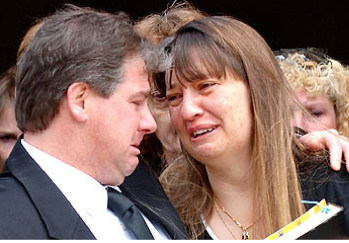 “When Farquharson told me the story of what happened the night his children died I believed him. Not because he sounded earnest, and not because he looked me in the eyes, as though that matters. I believed him because I had spent the past two years looking closely at the evidence used to convict him, and had concluded that the evidence indicates that he is innocent.”

It isn’t a heavy book, either to read or to carry, at some 85,000 words and comes in 25 chapters (plus 4 Appendices), logically and relentlessly leading the reader to the damnation of the conviction. Brook’s search for the truth reveals the errors and preconceptions that turn the investigators and the prosecution blind – a cruel twist on the notion that it is lady justice who is supposed to be blind.

In Chapters 1 & 2, he lays out the background of the facts of the case. Farquharson is a divorced father of three driving his three children home from father’s day dinner. The car veers off the road into a dam. Farquharson claims he blacked out following a coughing fit.

Then in Chapter 3, he reviews evidence of how Farquharson’s survival, and his inability to save his children, is portrayed (negatively) in the trial and in public opinion. 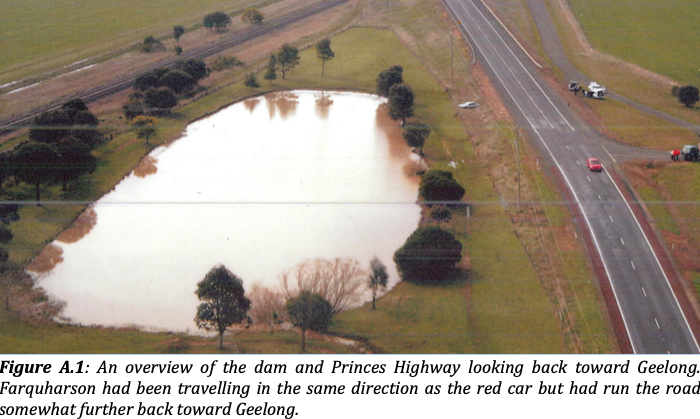 By Chapter 8, we are deep in traumatic territory. Brook explains the pressures the forensic analyst in the case came under, due to being part of the police force rather than an independent scientist. These pressures not only affected the results of his analysis, but also affected his mental health.

Chapter 11 looks at the medical diagnosis and how it was made. Brook explains science’s focus on ‘likelihoods’ rather than ‘absolutes’, placing the evidence in this context.

Chapter 18 looks at the psychology of ‘paying attention’ and how barristers exploit natural inabilities to absorb details to which we are not paying attention to discredit witnesses and in particular the accused.

Along the way – or the road – Brook explains why miscarriages of justice occur, and how they can be prevented. That’s another reason why his book is so important; if only the entire legal profession and all its apparatus would read it and embrace the need for reforms, perhaps starting with a Criminal Cases Review Commission to serve the whole country.

A CCRC is something that has the support of former High Court judge Michael Kirby and leading forensic pathologist Professor Stephen Cordner, among many others. Legal academic, Dr Bob Moles has recently articulated how such a body might be established in Australia, in a letter to Attorney General Christian Porter:

A national CCRC can be established by setting up a single CCRC and then each state and territory can legislate to nominate that CCRC as the appropriate agency to review cases on its behalf and exercise powers given to the CCRC by that state to refer matters to the appeal court of that state. This would not involve any constitutional change of any sort.

In essence, instead of duplicating the overheads of a CCRC eight times by having one in each state, we save resources by having a single body exercising the appropriate powers for each state and territory.

For those wrongfully convicted and having lost their appeals like Robert Farquharson, a CCRC could offer a road to salvation.

NEXT: Excerpt 1 from Road to Damnation – ‘I blacked out’