Italian media have reported that Cardinal Giovanni Angelo Becciu, 72, is suspected of wiring 700,000 euros to recipients in Australia who helped to ensure hostile testimony in the trial of Cardinal George Pell, who was accused of molesting choir boys in Melbourne in the 1990s. Becciu, days after being sacked by the Pope, denies the truth of the reports.

Before he returned to Australia in 2017 where he was tried, jailed and acquitted on appeal, Cardinal Pell, 79, served as finance minister at the Vatican, where his attempts to clean up opaque accounting were opposed by Cardinal Becciu. 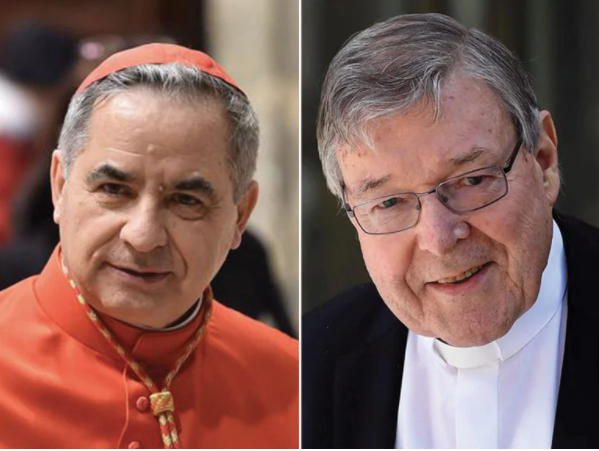 Cardinal Becciu held an influential role in distributing and investing millions of euros of Catholic donations as the deputy secretary of state between 2011 and 2018 before Francis put him in charge of running the Holy See’s department responsible for making saints.

He was sacked from that job and stripped of the right to elect popes by Pope Francis last month, as Vatican investigators sifted through his spending record at the secretariat of state.

Their suspicions are focused on a multimillion investment he oversaw in a luxury property in Chelsea, London, which allegedly lost the Vatican money while making millions for consultants.

He is also allegedly suspected of funnelling Vatican cash to charities and businesses run by his three brothers. He has denied all wrongdoing. Cardinal Becciu’s clash with Cardinal Pell came to a head in 2016 when the Australian ordered an audit of Vatican finances by an external accountancy firm. Soon after it was launched Cardinal Becciu overruled Cardinal Pell and blocked the audit.