Integrity goes to character. Does Kamala Harris pass the test? This is a key question now she is the Vice Presidential candidate on Joe Biden’s Presidential ticket, but in her previous life, she was San Francisco’s District Attorney (2004-2011), and then California’s Attorney General (2011-2017). Was she always a friend of justice? Is her integrity beyond reproach?

Stories attacking her track record in the legal system have done the rounds for years, but readers can make their own assessments about Kamala Harris’ prosecutorial legacy by reference to the following selection of media reports.

The New York Times, January 17, 2019
By Lara Bazelon law professor and the former director of the Loyola Law School Project for the Innocent in Los Angeles. Time after time, when progressives urged her to embrace criminal justice reforms as a district attorney and then the state’s attorney general, Ms. Harris opposed them or stayed silent. Most troubling, Ms. Harris fought tooth and nail to uphold wrongful convictions that had been secured through official misconduct that included evidence tampering, false testimony and the suppression of crucial information by prosecutors. 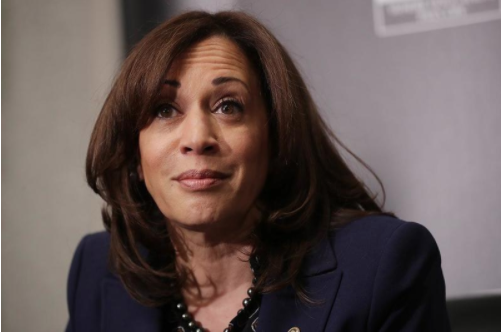 The American Prospect, July 30, 2020
Sen. Kamala Harris (D-CA), a leading candidate to be Joe Biden’s running mate, repeatedly and openly defied U.S. Supreme Court orders to reduce overcrowding in California prisons while serving as the state’s attorney general, according to legal documents reviewed by the Prospect. Working in tandem with Gov. Jerry Brown, Harris and her legal team filed motions that were condemned by judges and legal experts as obstructionist, bad-faith, and nonsensical, at one point even suggesting that the Supreme Court lacked the jurisdiction to order a reduction in California’s prison population.

The intransigence of this legal work resulted in the presiding judges in the case giving serious consideration to holding the state in contempt of court. Observers worried that the behavior of Harris’s office had undermined the very ability of federal judges to enforce their legal orders at the state level, pushing the federal court system to the brink of a constitutional crisis. This extreme resistance to a Supreme Court ruling was done to prevent the release of fewer than 5,000 nonviolent offenders, whom multiple courts had cleared as presenting next to no risk of recidivism or threat to public safety.

Federal courts seldom look to prisoner release; it’s a remedy of last resort. But California was a unique case, with its uniquely awful prison system. At its height, it was stuffed to some 200 percent of its designed capacity. There were not enough beds or medical personnel but an extreme excess of bodies. In one prison, 54 prisoners shared a single toilet. Preventable deaths due to substandard and overstretched medical care occurred every five to six days. Suicidal inmates were locked in telephone-booth sized cages for 24 hours at a time.

The Washington Examiner, February 11, 2019
Lawyers under the oversight of then-Attorney General of California Kamala Harris argued in 2014 against the release of nonviolent criminals because they wanted to keep them for cheap labor. … In 2014, Harris’s presidential campaign reiterated her claims this week to the Daily Beast: “As she said at the time, Sen. Harris was shocked and troubled by the use of this argument. She looked into it and directed the department’s attorneys not to make that argument again.”

The Washington Post, March 7, 2019
SAN FRANCISCO — Kamala D. Harris was this city’s top prosecutor, running to become California’s elected attorney general, when a scandal stunned her office and threatened to upend her campaign.

One of Harris’s top deputies had emailed a colleague that a crime lab technician had become “increasingly UNDEPENDABLE for testimony.” Weeks later, the technician allegedly took home cocaine from the lab, possibly tainting evidence and raising concerns about hundreds of cases.

Neither Harris nor the prosecutors working for her had informed defense attorneys of the problems — despite rules requiring such disclosure. Harris “failed to disclose information that clearly should have been disclosed,” Superior Court Judge Anne-Christine Massullo wrote in a scathing decision in May 2010.

At first, Harris fought back. She blamed the police for failing to inform defense lawyers. She estimated that only about 20 cases initially would be affected. And her office accused the judge of bias because Massullo’s husband was a defense lawyer.

But the turmoil increased. With the local criminal-justice system at risk of devolving into chaos, Harris took the extraordinary step of dismissing about 1,000 drug-related cases, including many in which convictions had been obtained and sentences were being served.

A review of the case, based on court records and interviews with key players, presents a portrait of Harris scrambling to manage a crisis that her staff saw coming but for which she was unprepared. It also shows how Harris, after six years as district attorney, had failed to put in place written guidelines for ensuring that defendants were informed about potentially tainted evidence and testimony that could lead to unfair convictions.

Harris was elected district attorney in 2003 and reelected in 2007.

The Washington Examiner, September 8, 2019
While district attorney for San Francisco, Kamala Harris withheld evidence that could have exonerated defendants on multiple occasions, in violation of a key due process ruling by the Supreme Court.

Legal scholars told the Washington Examiner that Harris’ office appeared to have violated the Supreme Court’s 1963 Brady v. Maryland decision. The ruling held that prosecutors must turn over potentially exculpatory evidence to the defense.

There is a “clear causal link between Brady violations and wrongful conviction” said Craig Trainor, a New York attorney who specializes in due process cases.

The Appeal, July 2, 2019
After a jury convicted Jamal Trulove, then 25, of first degree murder in February 2010, then-San Francisco District Attorney Kamala Harris praised the “brave witness who stepped forward from the crowd.” Harris was then running for attorney general of California and in her campaign bragged about her high conviction rates as the San Francisco DA. Harris echoed what her deputy prosecutor Linda Allen said repeatedly to the jury: Priscilla Lualemaga, the only eyewitness to testify at trial about the July 2007 homicide of Seu Kuka, did so at great risk of retaliation.

Lualemaga’s identification of Trulove as the shooter who killed Kuka on a sidewalk in San Francisco’s Sunnydale housing project was the critical evidence against him. For prosecutors to win, the jury had to believe Lualemaga’s claim that just before 11 p.m. on July 23, 2007 she saw the shooting from a second-floor window when the street below was shrouded in darkness.

The jury also had to believe Lualemaga saw the shooter despite a poor vantage point of the crime scene; her failure to pick Trulove from a photo wall she had viewed with police for hours; her evolving memory of the shooting over time; and the benefits the prosecution provided to Lualemaga and her family that would eventually total over $60,000 in living expenses. Yet the prosecution argued that Lualemaga’s testimony was credible because it came at profound personal risk.

There was also no physical or forensic evidence that inculpated Trulove, and no other witnesses said he was the shooter. Trulove insisted from the beginning that he was innocent.

The case’s glaring flaws didn’t matter: in October 2010, Trulove, then a young father, aspiring actor, and hip-hop performer who had appeared on the VH1 reality television show “I Love New York 2,” was sentenced to 50 years to life.

Four years later, in 2014, a California Court of Appeal overturned his conviction based on the prosecutor’s repeated attempts to exaggerate Lualemaga’s credibility. The state’s claim that Lualemaga risked retaliation for testifying in the Trulove case was, the court said, a “yarn … made out of whole cloth.” The prosecution “did not present a scintilla of evidence at trial that defendant’s friends and family would try to kill Lualemaga if she testified against him,” the court said, and that misconduct, combined with Trulove’s trial counsel’s failure to object, gave him the right to a new trial.

The Atlantic, August 25, 2019
When Senator Kamala Harris is criticized for actions she took as San Francisco’s district attorney or as California’s attorney general, the Democratic presidential hopeful responds in two ways. She cites the most progressive aspects of her record, arguing that she’ll advocate in the White House for more reforms to the criminal-justice system. And she asserts that it is laudable to work for change from within broken institutions, “at the table where the decisions are made.”

She says very little, and nothing convincing, about some of the most serious charges against her, like that she fought hard to keep innocents in prison and failed to fight hard against corrupt cops.

Daniel Larsen (was convicted and sentenced to 28 years to life convicted of felony possession of a deadly weapon in 1998) but continued to proclaim his innocence, but got nowhere for years, until he became one of the few inmates chosen by the Innocence Project to benefit from its limited resources.

On June 14, 2010, Larsen was still in prison, but the state was ordered to either retry him within 90 days or to release him. Harris, who was elected attorney general that year, could have chosen to free the man who had already served more than a decade in prison for possessing a knife that almost certainly wasn’t his.

Under her leadership, the attorney general’s office instead filed an appeal attempting to block his release because he hadn’t filed his claim for relief in a timely manner.

SFGATE, June 3, 2010
San Francisco’s public defender accused District Attorney Kamala Harris on Wednesday of refusing to turn over to defense lawyers the names of police officers with arrest records or misconduct histories whose trial testimony has helped to convict defendants.

Public Defender Jeff Adachi said Harris is arguing that her prosecutors first must review the names on a list being drawn up by the Police Department. Only after going to court for permission, Harris has said, would her office ultimately alert defense attorneys to the officers’ problems.

However, Adachi said, that process would require defense attorneys to put their faith in the district attorney to inform them of officers whose histories could result in convictions being overturned.

The Chronicle reported last month that scores of San Francisco officers have arrest records, convictions or misconduct histories that would have to be disclosed to defense attorneys. Adachi attacked Harris at the time as “unethical” for not having a policy to disclose those histories regularly, and said her failure had left hundreds of convictions at risk.

Jacobin, August 10, 2017
Harris deserves credit for refusing to execute a man while under tremendous pressure to do so. But despite her vaunted personal opposition, she never challenged the death penalty during her time as attorney general — and in fact did the very opposite, actively working to keep it in existence.

When a federal judge ruled California’s enforcement of the death penalty unconstitutional, Harris appealed what she called a “flawed” decision. She would continue to defend the death penalty as the case wound through the federal courts.

The Washington Free Beacon, August 2, 2019
A redesign of the California Department of Corrections and Rehabilitation website will make it harder for voters to inspect Sen. Kamala Harris’s controversial record as the state’s top cop.

The department removed public access to a number of reports on incarceration in the state, including when presidential candidate Kamala Harris (D.) was California’s attorney general.

The changes matter in part because the reports contain information about Harris’s entire time as state A.G., 2011 to 2017.

The data have been used in other Free Beacon reporting on Harris, specifically the finding that more than 120,000 black and Latino Californians were sent to prison while she was in the State A.G.’s office.

While the change is beneficial for Harris, a CDCR representative said the changes were unrelated to her campaign, and were prompted by AB 434, a California law setting standards for web accessibility.

3 Responses to Kamala Harris ex-prosecutor – a friend of justice?