August 2009 was unusually wet, windy and warm for Tasmania – and wrongful conviction was in the air. Sue Neill-Fraser’s arrest on Thursday, August 20, 2009 – exactly 11 years ago today – for the murder of her partner Bob Chappell earlier that year, set off a chain reaction towards a miscarriage of justice that is often compared to the infamous, egregious wrongful conviction of Lindy Chamberlain in October 1982 (quashed in 1988) of murdering her baby, Azaria, in August 1980. # 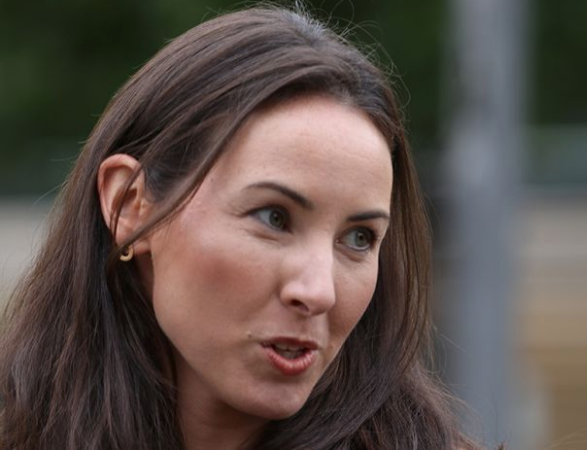 “On this eleventh anniversary, I am once again struck by the injustices that not only befell my mother but also of the memory of Bob,” Sarah Bowles tells wrongfulconvictionsreport
“As her daughter, I am focused on the appalling miscarriage of justice that mum has been a victim of, but I can’t forget that this nightmare started with the murder of Bob. I continue to miss him dearly and each year that passes is another year that Bob’s killer enjoys the freedom that was stolen from Bob. The fixation of the Tasmanian Police on my mother has meant that her freedom too, has been unjustly stolen.

“However, my mother was born with a stoicism which she has instilled in me, and as such, I am determined to focus on the good in humanity. The support we have received from the community over the years has been incredible, and the endless commitment from our legal team is inspiring. We will continue to fight this, for my mother, for Bob and for all the other victims of miscarriages of justice, whose voices have not been heard.”

On that August day, some seven months after Bob Chappell’s disappearance, detectives Rowe and Sinnitt had gone to Bob and Sue’s West Hobart home. Sue was not at home. As Garry Stannus notes, “Detective Shane Sinnitt had a long association with the case. The two of them waited until Sue arrived shortly after. So too did Detective Inspector Peter Powell, along with other detectives. Peter Powell advised Sue that she was under arrest for the murder of Robert Chappell. He cautioned her. Sue then accompanied detectives Sinnitt, Rowe and Puurand to Sinnitt’s police vehicle. She was taken to the Hobart police station.” (Stannus is an active member of the Sue Neill-Fraser Support Group and a keen observer of the case.)

Peter Powell that same day told the media that “The arrest comes as a result of a long and thorough investigation into the circumstances of Mr Chappell’s disappearance.”

Stannus says, “My records show that police then began to collect witness statements, beyond those they’d already gathered.”

Stannus continues: “Why, after those seven months, had police finally decided to arrest Sue? The most recent piece of information that I have relevant to this question is that on 30 July, 2009, Sue, concerned that police weren’t finding out what had happened to Bob, made a written complaint. Sue had asked for an independent police officer to review the evidence so that they could perhaps get a different perspective on it.

“An assessment and review of the case was conducted. A document was created which related to the issues raised in Sue’s written complaint. This document recommended that the Acting Commissioner of Police note the contents of an earlier briefing and an attached investigation report (which had previously been forwarded to the DPP, to the Commissioner of Police and to Internal Affairs.

“Her complaint was dismissed and a week later she was arrested.

“Once, before her arrest, Sue asked where else they’d looked and according to Stannus, Detective Conroy replied to the effect ‘Well nowhere, we have really only been looking at you all along, you’ve been our only – our main suspect.'”

It is unarguable that Sue Neill-Fraser was arrested without reasonable and probable cause. TasPol had no direct evidence against her (despite their secret surveillance) – but they did have credible evidence pointing away from her. Clearly, that was a bad day for a criminal justice system which then failed Neill-Fraser at every step of the way to her conviction in 2010 and subsequent failed first appeal. It remains a dark stain on Tasmania’s legal conscience, as Neill-Fraser awaits her new appeal currently scheduled to begin on November 2, 2020 – subject to corona virus restrictions.

TasPol’s actions then and their obstructive behaviour since go a long way to undermine the public’s confidence in them collectively. Some are even saying they no longer feel safe with the police as guardians of the law.

The first factor that should have helped police avoid their tunnel vision-impaired investigation was in the hands of Detective Sergeant Simon Conroy at lunchtime on January 28, 2009, the day immediately after Bob Chappell was found missing from their jointly owned yacht, Four Winds. But they missed it … or refused to see it. The ‘pointer’ took the form of Sue Neill-Fraser’s stat dec, a detailed recounting of her examination of Four Winds in the wake of Bob’s disappearance from the yacht, and her own movements. No reasonable person – policeman or not – would regard it as cause for suspicion or self incriminating; quite the contrary.

“Had Sue in any way been involved in the death of her partner she would not have provided so much detail,” comments Charlie Bezzina, a former detective of 38 years experience (17 of them in homicide). Bezzina, who worked alongside Colin McLaren researching the case for the book Southern Justice (Hachette).

“Without that detail the police would have been none the wiser. Was it a ploy on her behalf, I think not. What she was doing was giving every possible assistance to help police solve the disappearance of her partner.”

The second factor that could have prevented Neill-Fraser’s arrest was evidence that in any other crime investigation – especially murder – would have been regarded as of the utmost value and importance: DNA. But not hers.

Sizeable material containing DNA was found on the deck of Four Winds during forensic examination of what became the crime scene. At first, the DNA database produced no matches. Even so, it was evidence of an unknown party having been on board … at the crime scene, in fact. 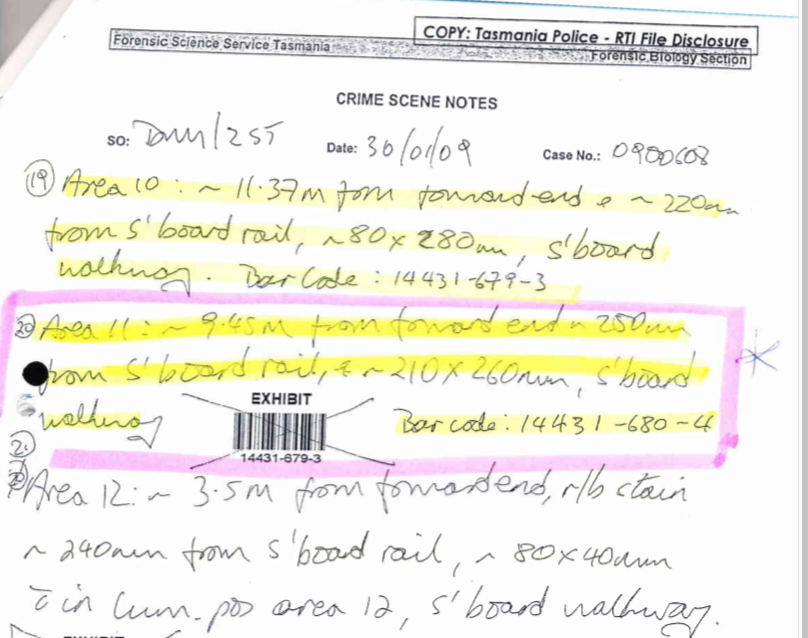 But in March 2010, well before the September start of the trial, a match appeared, linking the DNA to then homeless 15 year old Hobart girl, Meaghan Vass. Her DNA had been recorded in connection with an unrelated matter. Police duly questioned Vass, but she lied about her whereabouts and denied having been on Four Winds.

With the DNA issue unresolved (along with some missing evidence), the DPP should not have proceeded to trial, Bezzina says. “It would surely raise an element of doubt in the jury’s mind,” … unless, of course the prosecutor were to dismiss to the DNA; he told the jury: “the whole thing is such a red herring because when you realize that the DNA could have been transferred from someone onto Four Winds … if someone had necessarily acquired some trace of her DNA, some strong sign of her DNA on their footwear before getting on the yacht.”

That red herring has since acquired sharp teeth with which it has bitten the prosecutor on the rebuttal. It would all be laughable if it were not so serious.

Almost exactly a decade after the DNA was matched to Vass, she made the tearful admission on 60 Minutes that it was hers – her vomit – while on deck, witnessing a nasty altercation between an alarmed and surprised Bob Chappell and her two male accomplices in an attempted robbery. The red herring was in reality a red flag. 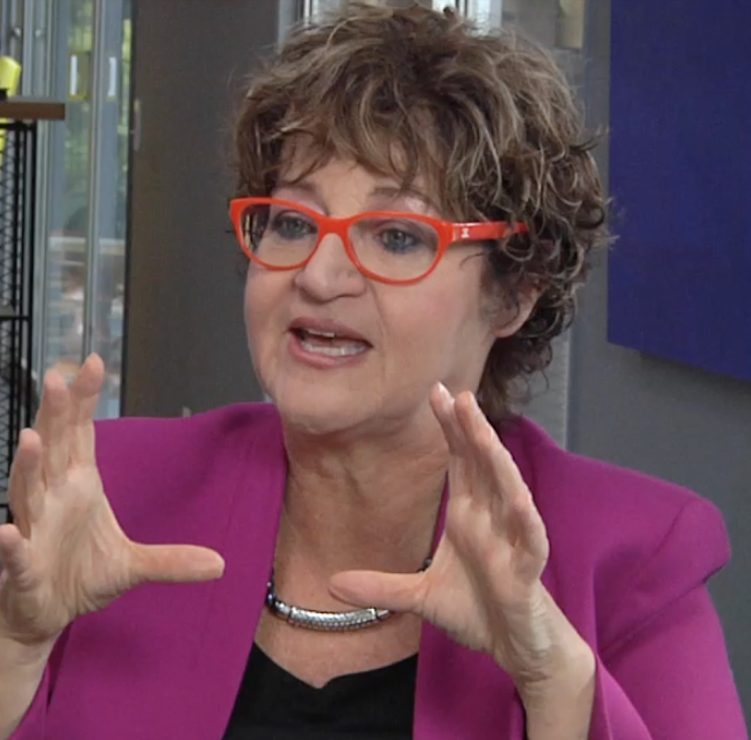 Eve Ash, who made the probing 2013 documentary into Neill-Fraser’s case, Shadow of Doubt, and co-produced the 2019 documentary series, Undercurrent (Channel 7), is scathing in her criticism of Tasmania’s legal and political establishment for its unprincipled behaviour. She has made the following statement:

Sue Neill-Fraser is now the age Bob was when he was brutally murdered. Imagine if TASPOL had done a thorough investigation at the start, or at least once Meaghan Vass’ DNA was identified at the crime scene a year later. Imagine… the real perpetrators charged and tried, Sue would have mourned Bob, she would have gone through the trial(s) stoically, and she would have picked up the pieces of her life and gone on to enjoy her four young grandchildren, living in her home. So why, since we all know Sue didn’t commit this crime, does she continue to have her life stolen away by an inadequate, outdated justice system?

Now 11 years since her arrest I think of three words, sorely lacking in Tasmania’s leaders over the last years in relation to Sue’s case.  Integrity, Conscience and Values. Is every single politician too scared to speak up and say, “This is very wrong, how can we fix it?” Is it going to damage their career? Is the late Vanessa Goodwin the only hero for bringing in the new Right to Appeal in 2015? Is there so much peer pressure and herd righteousness that no-one will actually stand up and call out this travesty?

You have alternate DNA and new suspects identified in 2017, one admitting she was there, all reported to Tasmania’s leaders. Why didn’t that trigger an investigation into the truth of who really killed Bob Chappell? Instead it triggered a massive investigation into me, Colin McLaren, Jeff Thompson, Charlie Bezzina and my film crew, apart from a smear campaign against Sue’s lawyer at the time, Barbara Etter. Then in 2019 the 60 Minutes confession of the witness who saw what happened, who said Sue was not there, continued to be ignored and pressure continued on our team.

Did our phones have to be tapped, our bank accounts seized and scrutinised, thousands of our phone calls transcribed, my documentary film footage seized, listening devices installed, our lives made into hell? Why, because we sought the truth? This intense campaign to shut us down has cost the Tasmanian public millions of dollars – and not one politician is questioning that. WHY NOT?

Putting aside the personal attack on citizens questioning justice, what about the abhorrent behaviour of politicians, the DPP and police against the freedoms of the press. As investigative journalists and filmmakers, our only sin was to turn over the rocks of justice in Hobart and expose wrongdoing.
Tasmania now has one of the most shocking miscarriages of justice on their hands and they are letting it play out while Sue is slowly losing her golden years locked away, isolated from the world and her loved ones. This is tragic. In the future this case will provide a semester of study for every legal and justice course in the country. You would think it is a case study from 1820 not 2020.

# Recommended: The Lindy Tapes, Channel 7 and 7Plus; first aired on Sunday August 16, 2020. On the 40th anniversary of baby Azaria’s disappearance, a major investigation from the 7NEWS Spotlight team unearths the secret police tape recordings never broadcast.