Justice at the hands of ‘The System’ is sometimes no justice at all, it seems, as the new 9-part series The Innocence Files (Netflix) reveals how police break the rules, forensic experts use junk science, prosecutors withhold exculpatory evidence and judges fail the wisdom test. But some witnesses also contribute to wrongful convictions – which can take decades to correct, if ever.

Protected by professional immunity, some in the legal fraternity and police set out to get convictions and the truth be damned. We know that. But to see it up close through eight detailed cases of the individuals wrongly convicted of serious crimes that incur severe penalties is shocking. The most galling aspect is that it is not merely mistakes or errors but wilful malpractice and dishonesty that is causing many miscarriages of justice. Although this series comes from the files of America’s Innocence Project (founded in 1992) and the Innocence Network, we here at wrongfulconvictionsreport know (after seven years of covering this subject) that America doesn’t have a monopoly on such behaviours. Indeed, many of the flaws and wrongdoing explored in The Innocence Files are replicated in Australia. Our bad. 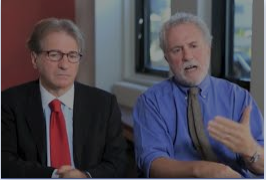 The co-founders of the now famous and acclaimed Innocence Project, Peter Neufeld and Barry C. Scheck, take us through this sample of crimes committed by The System against accused who are unprepared for The System’s onslaught. (The System – capitalised to stress it is a label.) To date, 367 people in the United States have been exonerated by DNA testing via The Innocence Project, including 21 who served time on death row.

The series informs us that in the past dozen or so years, some 16,000 prosecutorial misdeeds have been uncovered – such as withholding exculpatory evidence. Only 2% of the prosecutors faced disciplinary action. This is but the tip of the injustice iceberg; it is impossible to estimate how many forensic experts are giving false and misleading evidence (and even stubbornly defending it) or how many times miscreant cops coerce witnesses into false statements and accused youngsters into false confessions.

Speaking of false forensic evidence, the series begins with the outrageous case of a so-called dental expert, or Forensic Odontologist as he was presented to the jury, Michael West*, who made a living parading junk science about bite marks as evidence. He is thoroughly discredited … yet stubbornly refuses to accept his mistakes or to feel ashamed that he is no better than a snake oil salesman. He is ‘the star’ in the first of three episodes dealing with The Evidence. 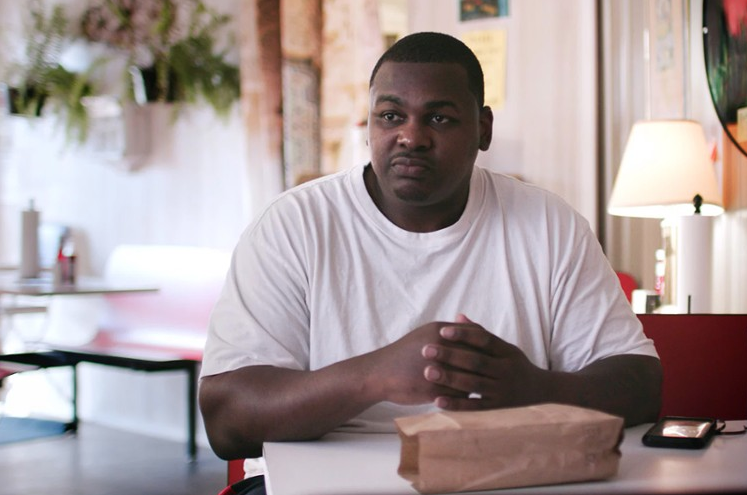 The next three episodes deal with The Witness, followed by three focusing on The Prosecution. Witnesses can cause havoc with false testimony; one such case is a heartbreaking story of a young mother who gives false evidence against her boyfriend when threatened she would be separated from her two daughters …a perfect example of The System behaving like a criminal gang. 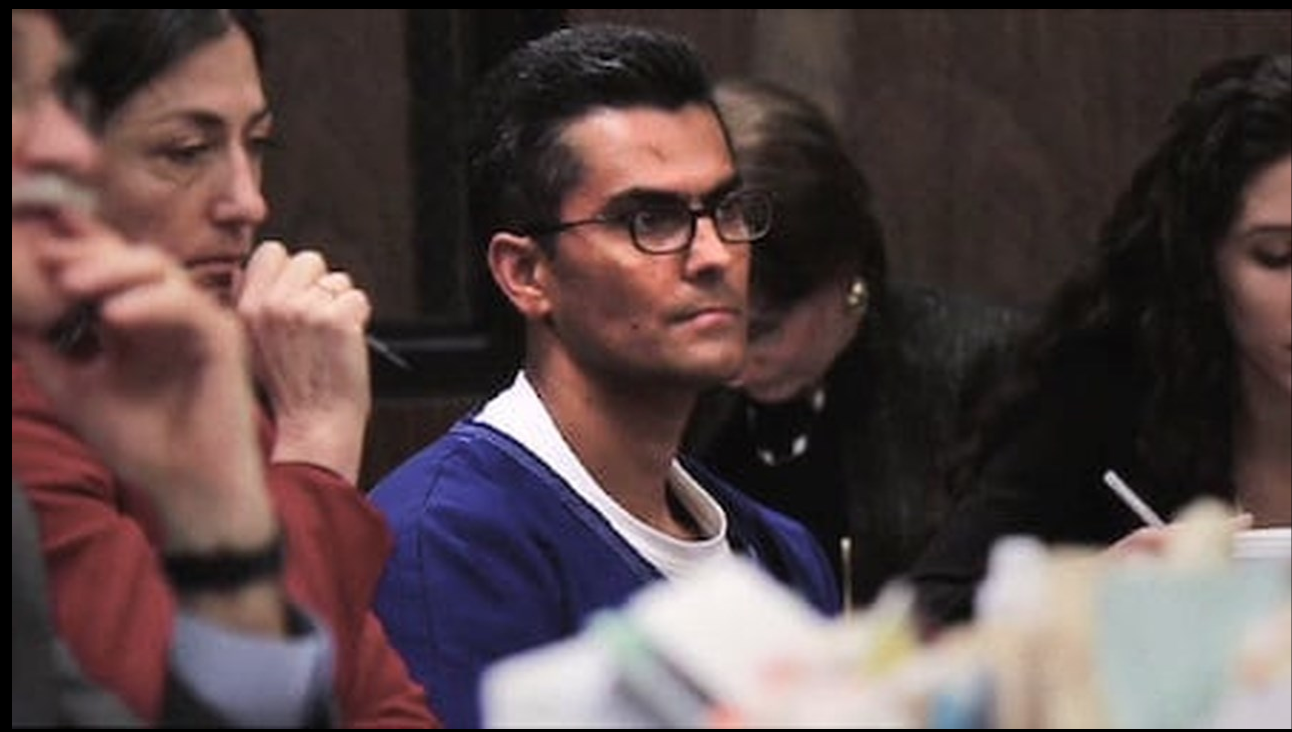 In The Prosecution, we meet the worst kind of zealot – officers of the law who see fit to bend (and break) the law they swore to uphold for the satisfaction of a conviction. This sort of misuse of power is exactly what reforms should address as a priority – both in America and here. The prospect of jail time equal to that inflicted on their innocent victims might help keep them work within the rules, I would think. (Some who might fall foul of such reforms have appeared in this blog from time to time …) 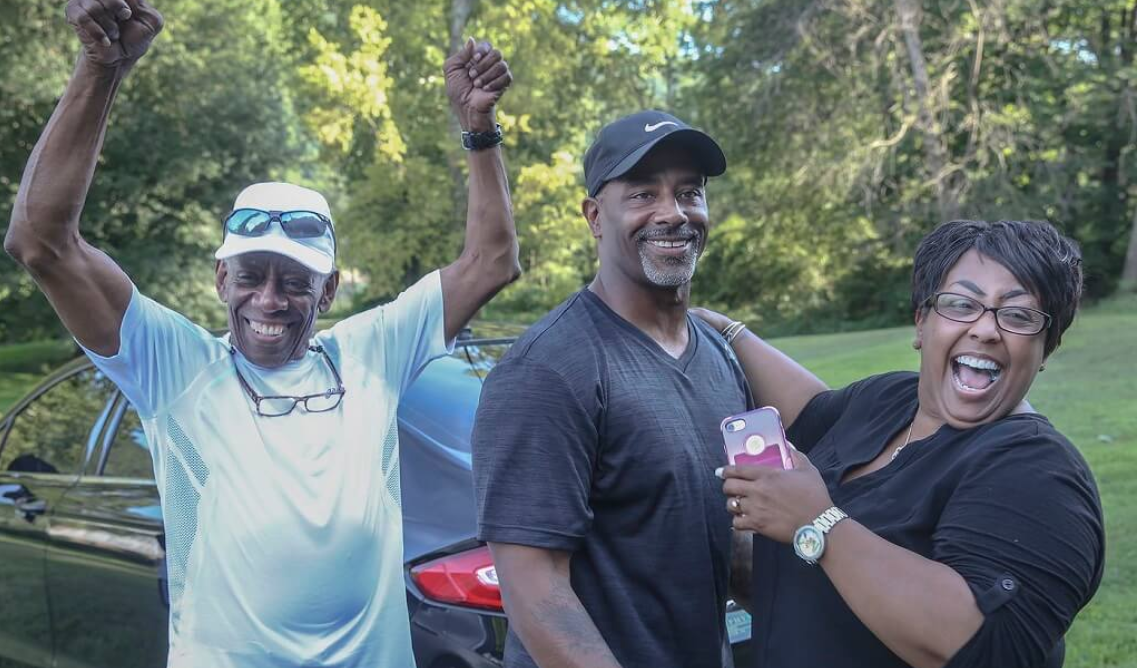 Chester Hollman III with his father and sister Deanna after serving 25 years he shouldn’t have. Photo Steven M. Falk/philly.com

Commenting on the series, Eve Ash, herself a documentarian, says she is “devastated and delighted every time I see a wrongful conviction overturned. But the real pain of this brilliant series is realising how much so called scientific evidence was unfounded, mistaken and totally wrong. Experts we are led to believe are specially trained using valid science and experience, continually overseen and checked by their peers and their industry community. So what they put forward is usually accepted without question by a judge and jury. The more we unravel these wrongful convictions the more we see that experts can and do get it wrong. We see the continual problem of witness misidentification and worse still, prosecutorial misconduct. And the result is a free life is taken away from an innocent person for years and in many cases decades, and for some, a death sentence.”

Only last week, we reported on the four part eLearning series Ash produced, Giving Expert Evidence, which was released on OPENSESAME.com an acclaimed online learning library based in USA.

“Another aspect that comes through with the Innocence Files,” says Ash, is there are very few people in justice leadership positions, judges and prosecutors, and leading police investigators, who want to admit their errors or to publicly apologise. Why is that? Wouldn’t we all learn more and move the justice system forward more quickly into the 2020 era if people started to accept responsibility for mistakes? We have now free, wrongfully convicted, still suffering the human injustice of no acknowledgement, no accountability or apology for the trauma and devastation to their lives and those close to them. The heroes in this series, apart from the tolerant and forgiving wrongfully convicted innocents, are the Innocence Project, the conviction integrity units seeking the truth.

“We need more documentaries to expose the flaws in our justice systems across the world and we must fight for change so we can all regain trust and respect for our legal systems,” she adds in hope.

The series is compelling in its subject matter, thorough in its story telling and excellent in its production. My confidence in anticipation was boosted when I saw that among the filmmakers as executive producer and director of an episode (the Chester Hollman case), is New York born Alex Gibney, the multi awarded documentarian famous for Enron: The Smartest Guys in the Room (2005), Taxi to the Dark Side (2007, 2008 Oscar winner) and Going Clear: Scientology & the Prison of Fear (2015) – among many other works.

I watched this crime thriller series in two sittings and recommend it without reservation.

ADDENDUM
* Posted by David Greenwald in April 2020: As Radley Balko described West in 2016, “In the early to mid-1990s, Michael West became a rock star in the world of forensics. West claimed to have developed techniques that he and only he could perform. According to West, those techniques could both identify bite marks on human skin that no other medical specialists could see, and then match those marks to one person, to the exclusion of everyone else on the planet.” 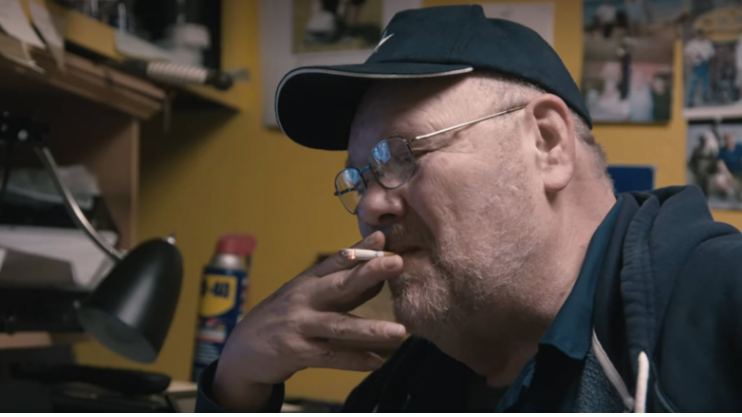 Such an exploit helped to put a lot of people in prison—a lot of them unfortunately innocent. 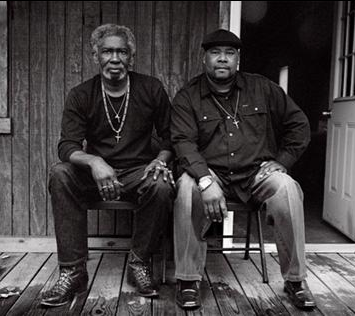 Two people that Michael West sent away were Kennedy Brewer and Levon Brooks—two men who were convicted in the separate murders of two girls in the same rural Mississippi town in the early 1990s.  The key evidence: bite mark analysis and testimony by Michael West.

As it turns out, neither girl had suffered human bites at all and it was more likely insects and crawdads that created the marks—post mortem.”

West is 67, retired, and currently living in Hattiesburg, Mississippi. In a 2011 deposition, West said that he “no longer believes in bite-mark analysis. I don’t think it should be used in court. I think you should use DNA. Throw bite marks out.” However, it seems West still believes in his work. He gave a lengthy statement to Oxygen in which he said he still thinks bite mark analysis is valid, but “amateur practitioners” don’t know what they’re doing.

In 2009 the National Academy of Sciences published a study that discredited using bite mark analysis as a means to identify and/or convict defendants.