The Legend of Sue Neill-Fraser

With the High Court’s August 12, 2022 refusal (the second time in 10 years) to grant Sue Neill-Fraser special leave to appeal her 2010 conviction for the 2009 murder of her partner, Bob Chappell, she has assumed legendary status.

The Legend: A law-abiding middle aged mother and upstanding citizen with no record of criminality is accused and convicted, with scant evidence, of murdering her beloved partner of 18 years years who had disappeared from their yacht. She immediately appeals but is unsuccessful. She then seeks leave to appeal to the higher court. Leave is refused. She remains a prisoner.

Years pass. A new law allows her a further appeal but a global pandemic adds two years to the usual delays. Altogether another five years pass before she is able to appear in front of the appeal court. By now, she is in a wheelchair. She is again unsuccessful. Yet again, she takes her case to the higher court, which again refuses to hear her appeal, 13 years after her arrest. 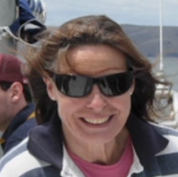 By then she has become a heroine, known the world-over to have been wrongfully convicted, yet relentlessly pursued by the wicked local gang masquerading as the operators of the local criminal justice system. Thousands (35,000 to date) clamour for her case to be the subject of a full inquiry …

And so do her family. Neill-Fraser’s daughter Sarah Bowles issued a statement to say (among other things): “We will continue to fight to press for an Independent Commission of Inquiry.” So The Legend continues …

As Robert Richter QC argued in a letter to then Attorney-General Brian Wightman in August 2013 (2013!), “The advantages of an Inquiry approach are that it is, and will be seen to be, independent of Government, police, prosecution and defence.” He added that another key advantage is that an inquiry will investigate and “seek the truth”.

In the event that the Tasmanian government continues to find a way NOT to establish such an Inquiry, the High Court has jurisdiction to hear a further appeal on grounds not raised at the trial or before the Court of Criminal Appeal (Gipp v The Queen).

The negative decision of the High Court has left open the possibility of several further appeals on any one of a number of ‘unused’ and powerful grounds each of which warrants the conviction be set aside. Here are a few:

1       Prosecutor speculating about a) murder scenario; b) disposal of the body (never found) via the boat’s dinghy; c) wounds the victim “would have had” [arguably the most absurd speculation ever put to a jury]

2       As part of his speculation about the murder scenario, the prosecutor showing the jury the Four Winds dinghy stained blue with luminol, a preliminary test for blood, even though he never believed there was Bob Chappell’s blood in the dinghy

3       Refusal to recall Meaghan Vass at trial, whose DNA was found at the crime scene (this was ground for 2012 High Court seeking  leave …)

4       Prejudicial statement by the trial judge: in his summing up, the judge referred to ‘evidence’ which suggested that ‘the body’ was taken away and disposed of in some unsearched part of the river. There was in fact, no such evidence, and no rational basis upon which ‘the jury’ could make such a finding

5       Prejudicial statement by the trial judge: in his summing up, the judge mentioned Neill-Fraser having ‘intimate knowledge of the boat’ as being relevant to ‘an attempt to sink it’, but failed to mention that she had stated the boat was virtually unsinkable because of its ‘six watertight bulkheads… it can’t sink’ – and it did not sink

But while these issues are framed in a legal context, a properly constituted independent inquiry would include them as part of its report to reflect the failures of the legal process. (Does leaving the prosecution’s speculation undisturbed create a new precedent?)

The inquiry would be tasked with examining the police investigation as well as the trial and the appeals. The cumulative effect of new evidence in the Etter/Selby dossier tabled in Parliament in August 2021, leaves no doubt that just about the entire machinery of criminal ‘justice’ in Tasmania failed Bob Chappell, Sue Neill-Fraser and the people of Tasmania.

The mass of information gathered by such an inquiry would lead to a set of recommendations that would be made public, setting the record straight.

We published the results of our own ENQUIRY in June 2021.

14 Responses to The Legend of Sue Neill-Fraser