Who Killed Bob? The Podcast

A homeless girl’s DNA, a strange grey dinghy, witness misidentification, tunnel vision, no murder weapon, no body, an impossible murder scenario … nothing adds up to a valid murder conviction in the case of Sue Neill-Fraser. Hear all about it …

If the Tasmanian Court of Criminal Appeal judges deliver a verdict (they heard the appeal at the start of March 2021) to uphold the appeal against Sue Neill-Fraser’s 2009 murder conviction, there will be no shortage of material to provide recriminations against all those in Tasmania’s legal system responsible for her wrongful conviction. But at the top of that long list will be the 10-part podcast produced by Eve Ash, who made Shadow of Doubt, the 2013 documentary feature film and the 2019 6-part TV documentary series, Undercurrent, all exploring this astonishingly unconvincing case against the accused. And now, in 2021, Ash has orchestrated the story together with the voices of key participants in the drama. Sue Neill-Fraser herself, Police Inspector Peter Powell and the many key players who reveal their parts in what is a profound blemish on the Tasmanian justice system. (If the appeal is dismissed, the recriminations will multiply…)

The drama of it all is well captured in the 10 x 50 minute (approx.) podcast episodes, available by subscription on Spotify from 22/11/21 in advance of its general release on 13/12/21, under the title Who Killed Bob? It may as well be called Who Framed Sue? (TRAILER)

The many practical benefits of a podcast (from virtually unlimited access to rewind and replay functions) to its dramatic potential with the spoken word as distinct from the written word… have already established ‘true crime’ podcasts as hugely popular. Who Killed Bob? is destined to propel that popularity.

With Eve Ash as the documentary investigator and primary story teller and Mark Mitchell representing the listener, asking relevant questions to expand details, (as well as reading the words of the judge and the DPP, for example), this podcast brings the whole scandalous case immediately to life. More even than the three books, the stage play, the screen documentaries and the various current affairs shows that pored over this case, this podcast asks and answers the multitude of questions that have continued to haunt the conviction. 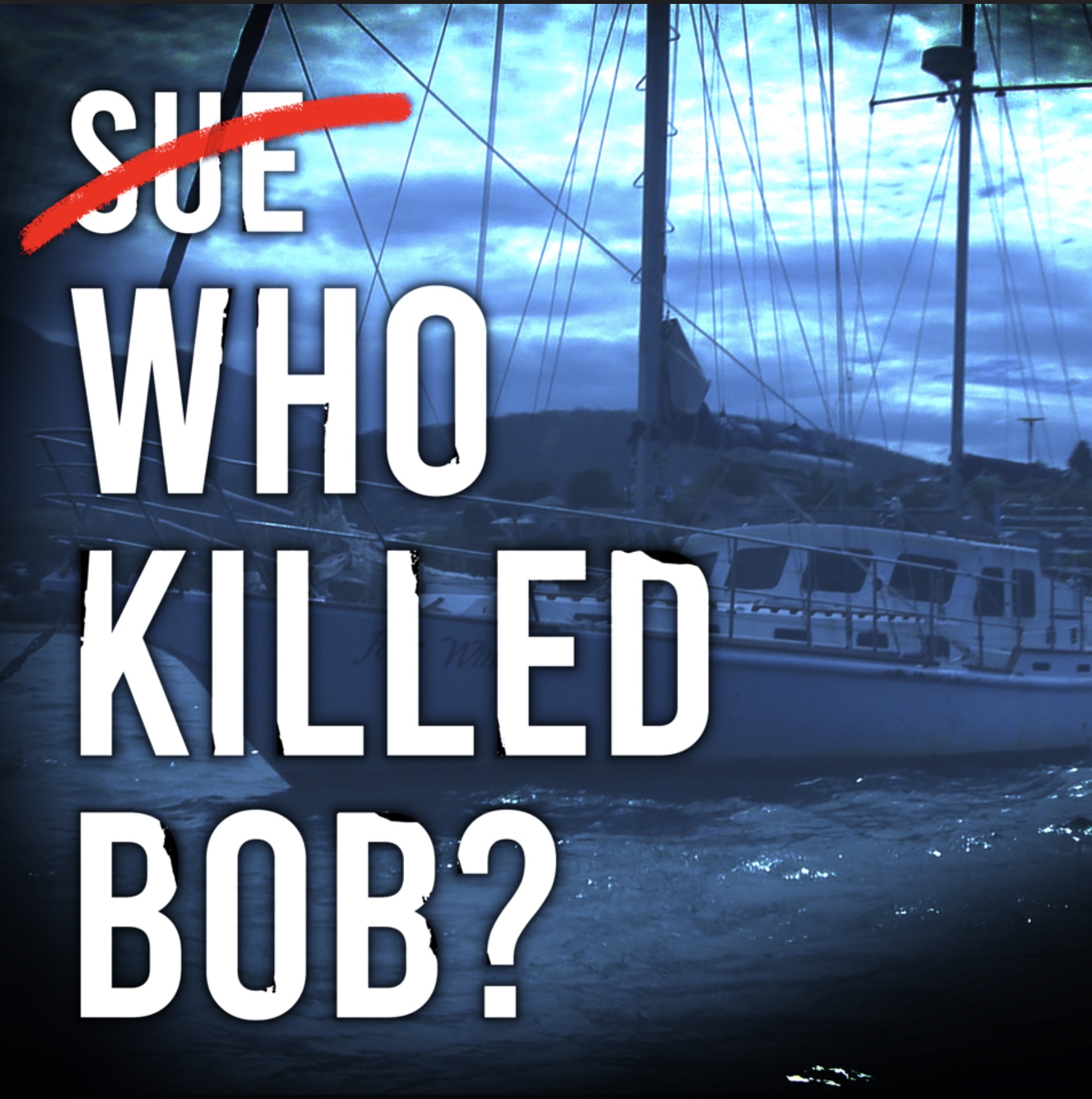 The podcast appeals to the intellect as well as the emotion. In one revealing trial extract, we hear the judge tell the jury that he is satisfied beyond reasonable doubt that Sue Neill-Fraser’s motive for murder was “Possibly a desire to acquire all the assets that she stood to receive upon his death and at least a desire to place herself in a position where she could acquire Mr Chappell’s interest in the Four Winds without having to borrow.”

A little later, the judge tells the jury that he is satisfied beyond reasonable doubt that after killing him, she had tried to sink their jointly owned yacht, the Four Winds.

The podcast is released in partnership with Podshape, The Australian independent podcast production company who recently released the popular Podcast – The Sydney Siege which documented two horrific days in the Lindt café where two people lost their lives and a terrorist was killed by police, told through the eyes of hostage survivor – Louisa Hope.

Jay Walkerden, founder of Podshape said “Eve’s tenacity in following this story over 13 years and seeking justice for Sue and her unique story telling ability is was what attracted us to this project. With each episode you will be shocked how this story unfolds.”

12 Responses to Who Killed Bob? The Podcast