Former Tasmanian Premier and A-G, Lara Giddings, puts the case for a full review of the  Sue Neill-Fraser murder case, in a double page spread in the Hobart Mercury (Sept. 15, 2021), referring the public to the mass of damning new exculpatory evidence revealed in the Etter/Selby papers tabled in Parliament two weeks ago.

By giving Giddings’ text such prominence and presentation, the Mercury has made it clear that it editorially supports her call for an independent review of the case – irrespective of the outcome of the appeal (which isn’t even mentioned). 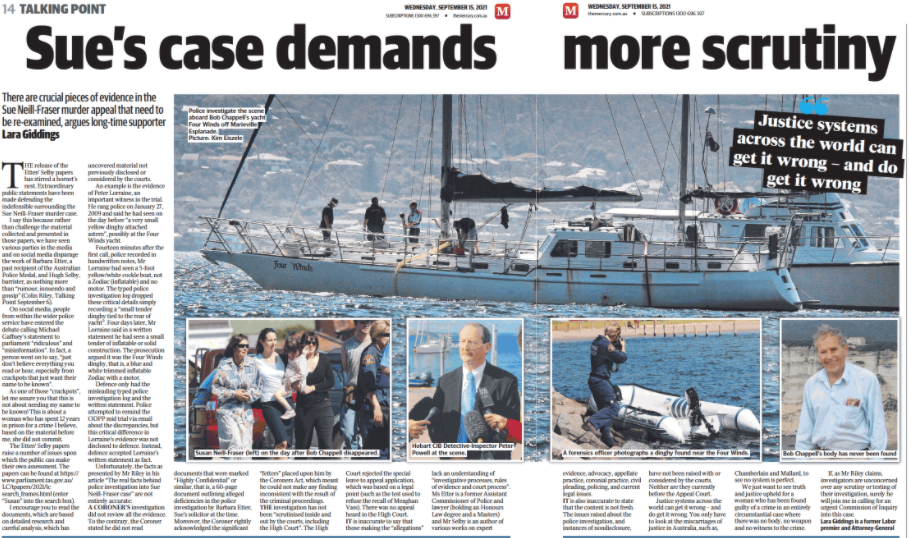 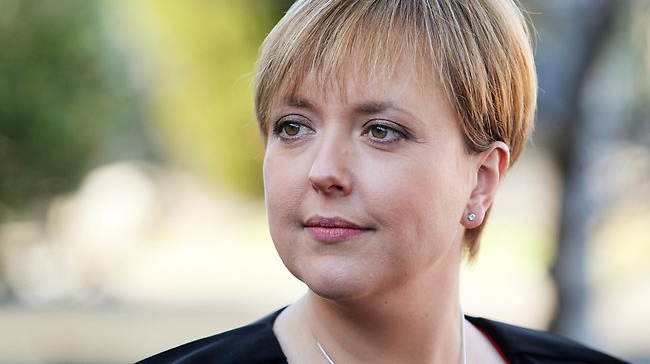 “As one of those “crackpots”, let me assure you that this is not about needing my name to be known! This is about a woman who has spent 12 years in prison for a crime I believe, based on the material before me, she did not commit.”