STOP PRESS – MONDAY, AUGUST 8, 2022
The controversial, five year old charge of perverting justice against Hobart solicitor Jeff Thompson was dropped (nolle prosequi) today before Justice Brett in Hobart’s Supreme Court. Thompson was one of the figures in the long running saga of the Sue Neill-Fraser case, which goes to the High Court four days after this decision, seeking leave to appeal.

A detailed judgement will be issued over the next few days by Justice Brett.

(Nolle prosequi is usually used when there is insufficient evidence to ensure successful prosecution.)

Prosecutors had accused Mr Thompson of attempting to influence a potential witness to identify a person from a photo array in June 2017. He was also accused of preparing a document outlining the evidence he would or could give for Neill-Fraser’s appeal, relating to the witness’ identification from the photo array.

In April 2017, when filming the Channel 7 doco series Undercurrent, Jeff witnessed Meaghan Vass sign a statement that she was on the yacht with two other males the night Bob Chappell went missing. Four months later, Jeff was raided, then arrested by TasPol. The film crew was targeted, phones tapped, film footage seized, warrants for bank records. “Now Undercurrent TV series will air on Channel 7, 10.40pm Sunday 14 August for all Australia to see, including Tasmania,” says the producer/presenter Eve Ash.

David Edwardson QC comments (see below):
Frank Merenda (my Junior counsel) together with John Munro (instructing solicitor) and I have been fighting this case now for some years. Finally when the Judgements are published everyone will appreciate how misconceived this prosecution was and why the conduct of TASPOL in the context of this case is so reprehensible. Every now and again there is a case which is so important and this is one of them. Jeff Thompson was just trying to help fight for Sue Neil Fraser’s freedom. In return, his life and career was turned upside down by illegal conduct the details of which will be published in due course. Today is a very important day not just for Jeff Thompson. 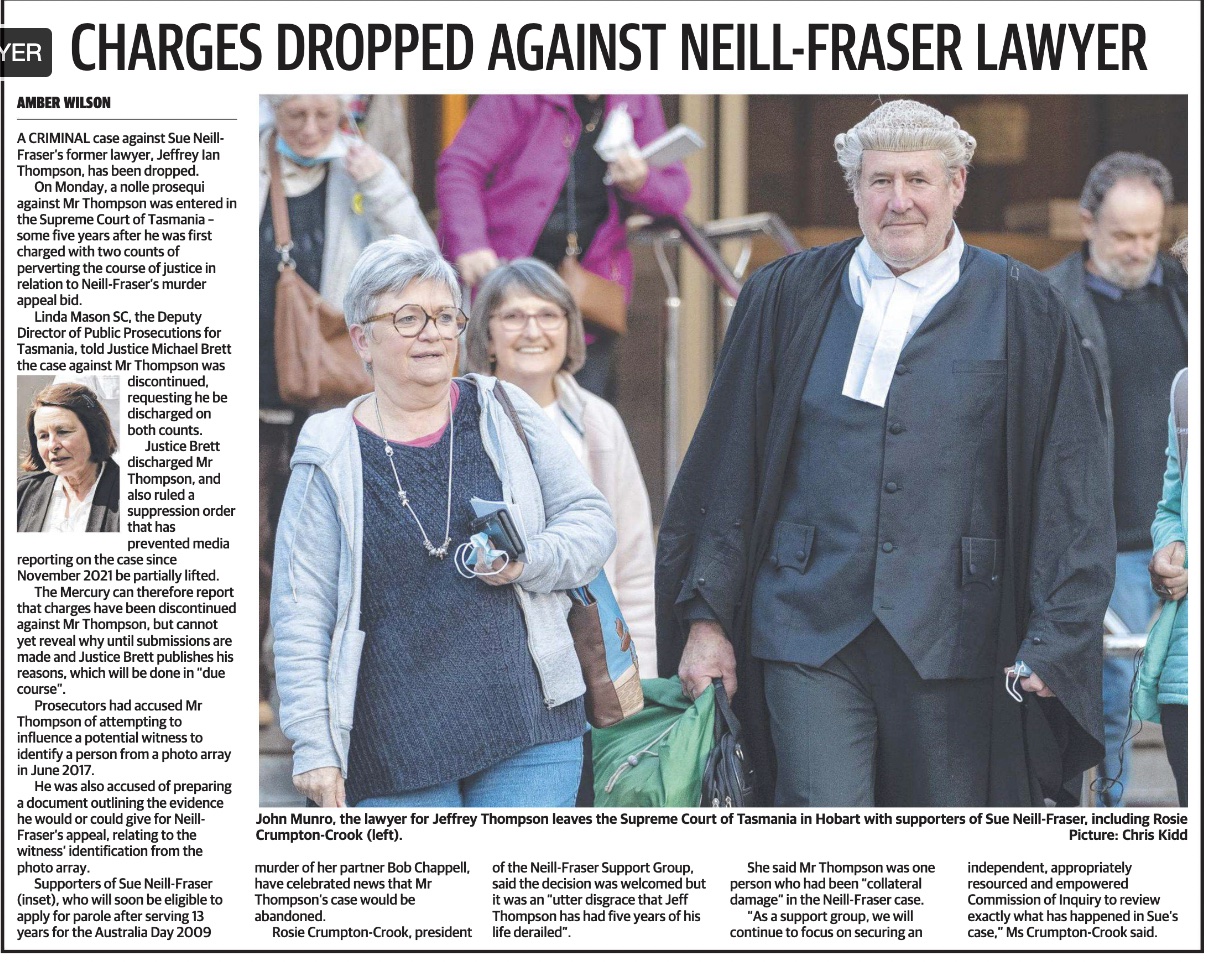