Will big question be exposed in High Court?

A question of profound and long lasting importance will be laid bare before the High Court on Friday, August 12, 2022, when the application for special leave to appeal her 2010 murder conviction by Sue Neill-Fraser will be put before the learned judges – a question not exposed before in any court.

The long-running and controversial debate between the Tasmanian legal establishment and thousands of Neill-Fraser’s supporters, has seen the Crown’s case now come down to the very DNA deposit (that of Meaghan Vass) that the prosecutor at trial dismissed as a ‘red herring’. That DNA deposit is the subject of the appeal.

The Crown continues to maintain its position: that the DNA deposit is irrelevant because (they claim) its manner and time of deposit is uncertain. Expert evidence (they say) is ambivalent: it may have been transferred, it may have been deposited a day or three after the murder. It denies the validity of the Vass eye-witness testimony: that she was at the crime scene at the relevant time and Neill-Fraser wasn’t there. At best, the Crown is in fact providing reasonable doubt ….

But what the Crown has done here is really to obfuscate, to make the relevance of the DNA the central issue, the key element on which to refute Neill-Fraser’s application. Rather like the magician who attracts attention with his left hand while his right hand preforms the trick. Misdirection, as it’s called.

If the High Court were to find that the expert testimony does not support the appellant’s claim that it was deposited as Neill-Fraser’s legal team claims, it may dismiss the appeal. In other words, the defendant will have had the presumption of her innocence trashed.

And the question thus exposed would be : how does that decision turn the Crown’s assertion into evidence that Neill-Fraser murdered Bob Chappell? It simply means that, according to the court, Vass was not there at the relevant time and therefore could not testify to Neill-Fraser’s absence. That is not evidence of Neill-Fraser’s presence.

And in turn, that means that Neill-Fraser would remain convicted of murder in the absence of evidence beyond reasonable doubt. 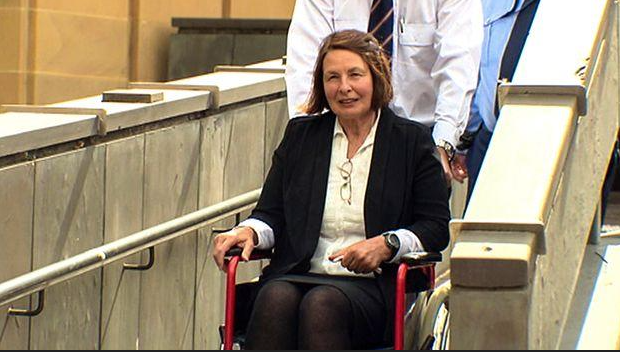 In several previous articles, we have argued that there is a logical flaw in the assertion that Vass was making up her evidence about what she saw. It may be that she gave conflicting accounts, but that doesn’t explain why she would admit to the world on 60 Minutes (in March 2019) that as then a homeless 16 year old, she was an eye witness to what ended up as a death (probably manslaughter). She stood to gain nothing and lose everything

But if the court grants leave and hears the appeal, Neill-Fraser’s legal representatives would be entitled to point out how the Crown, in the absence of probative evidence, reversed the onus of proof, challenging Neill-Fraser to prove her innocence.

The Crown did not provide any evidence that Neill-Fraser was on board the yacht (the crime scene), that she murdered Chappell, or that she disposed of his body. It was all speculation.

Her success at this appeal would provide some assurance that the outrageous mishandling of her case by the Crown does not provide unacceptable precedents, from the prejudicial speculations of the prosecution and prejudicial remarks by the trial judge, to the inadmissibility of forensic evidence.

28 Responses to Will big question be exposed in High Court?