The last of the Etter/Selby investigative papers into the case of Sue Neill-Fraser reveal failure by police to meet basic exhibit standards, false evidence – and non-disclosure. They also raise questions about who knew about the broken chain of evidence custody and when.

A red yachting jacket, found on a Hobart waterfront street, was held out by the Crown to be an important piece of evidence in the case against Sue Neill-Fraser, who the Crown charged with murdering her partner Bob Chappell on Australia Day 2009 on their yacht, Four Winds. Her denial of ownership was claimed to be ‘yet another incriminating lie’ by her. It turned out to be one of many family jackets kept for visitors on their yacht. But after being shown it on the morning of the 26th, she had failed to recognise it, her own personal one being navy blue. When interviewed in March 2009 by police she had said that she had no idea at all how the jacket ended up on a fence in Margaret Street. 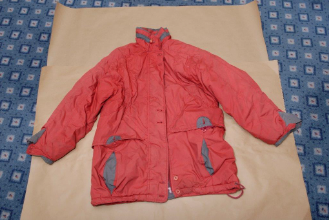 At the trial in 2010, the Crown alleged that Sue Neill-Fraser had left the red jacket “on the fence or thereabouts” after she had returned from her misdeeds on Four Winds late at night, in case she had been seen. You might think this was a rather desperate bid in trying to beef up a flimsy case … Alternatively, as a juror in 2010, it might have been the final ‘nail’ to persuade you beyond reasonable doubt as to her guilt.

Yet, notes the Etter/Selby report, “The jacket is logged in on 6 February 2009, 10 days after it was seized by police. Why was the jacket only treated as an exhibit from 6 February 2009?”

Perhaps because, as Sergeant Sulman’s statutory declaration dated 7 April 2017 reveals, the jacket was not initially considered relevant to the investigation and was thus not packaged or treated by police as a forensic exhibit.

“Police officer Plunkett, who handed the jacket to Sergeant Sulman, was examined by Jack Shapiro – the junior counsel – at trial:

All right, so where did you place the jacket …

In the boot of that vehicle on a brown paper bag

Did you retain the jacket?……Yes.

However, “at no time during his evidence did Sergeant Sulman disclose the loss of the exhibit for a period of 3 days. So he had twice made false statements: in his 18 March 2009 statutory declaration, and then at the trial.”

The report adds: “Despite discussion in court, it is clear from Tasmania Police documentation that there was no proper or continuous chain of custody or ‘chain of continuity’ – a basic evidentiary requirement.

“The jacket was lost for 3 days from Tuesday 27 January 2009 to Friday 30 January 2009 in the Hobart Police Station car park near a relatively busy thoroughfare. It was found to have been contaminated by a hair belonging to another person who may have travelled in the police car – a young woman who had been arrested at 8.30 pm on 26 January 2009 in a northern suburb of Hobart in an unrelated matter.

“He stated that when he concluded his supervisory duties that day he did not remove the jacket from the boot of the vehicle. On Friday (30 January 2009) Constable Elphinstone spoke with him and inquired about the jacket. The jacket was subsequently located by him and Constable Elphinstone near the rear of the relevant vehicle in the Hobart Police HQ car park.

“The statement advised that the jacket was either on the ground or sitting on a table within a few metres of the rear of the police vehicle.

“Sulman stated at page 2 of his 2017 statutory declaration (six and a half years after the trial):
….someone unknown to us had removed the jacket from the rear of the police vehicle between Tuesday afternoon and time (sic) we located it. That person had presumably placed it where we located it. 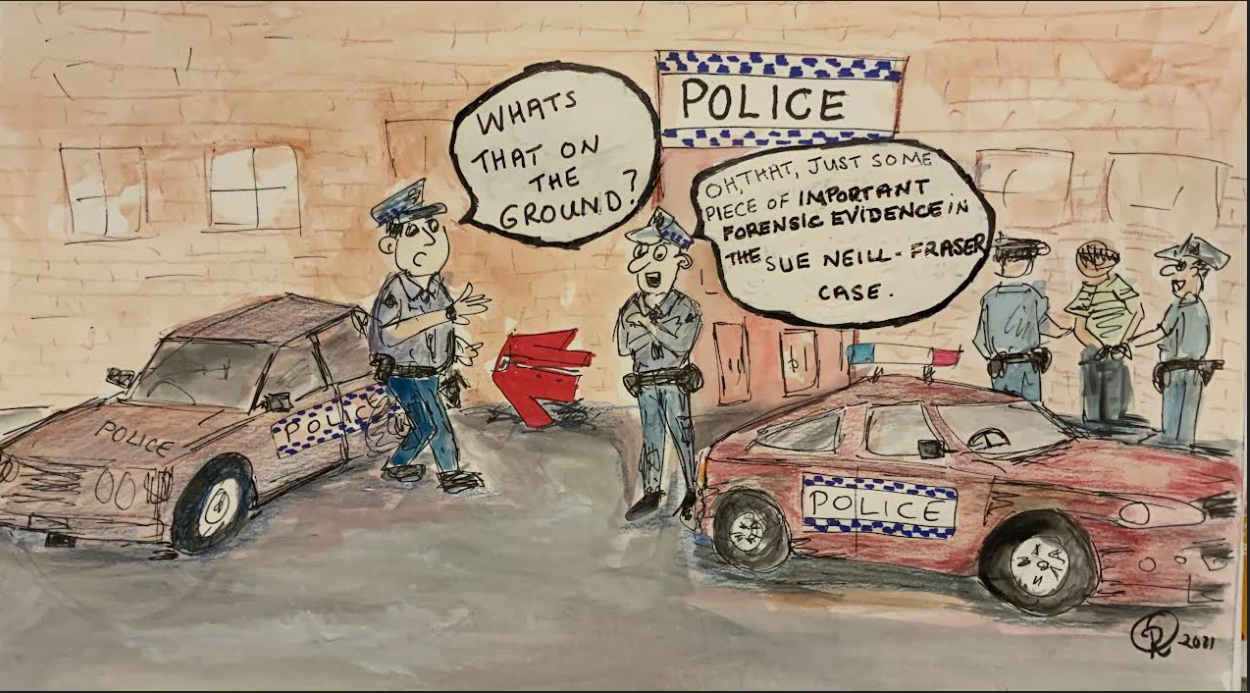 “The Sue Neill-Fraser legal team was not advised about the flawed chain of custody prior to, or during the trial, or in the first appeal period. Information about the loss of the red jacket was not disclosed to the team until May 2017. This is yet another example of non-disclosure by the Police. As pointed out by Kirby J in Mallard, one also has to consider the cumulative effect of non-disclosure, as to which see separate Etter/Selby papers regarding non-disclosure by police and by (and within) the ODPP.

“At the 2010 trial the Crown noted that the jacket contained the DNA of at least three contributors, one of whom was Sue Neill-Fraser.

“Given that Ms Vass first made a statement in 2017 and then swore a statement in February 2019 that she was on the Four Winds it is obviously necessary to see if her DNA or the DNA of any of the named males, or other potential persons of interest, can now be found on that jacket. When the jacket was first tested in 2009 Ms Vass’ DNA was not in the database. We do not know about the others that she has named as being with her on the yacht that afternoon.

“Checking and the results of any retesting of DNA found on that red jacket has been repeatedly requested by Ms Etter (including under RTI) but the police, even in 2021, refuse to say they have already, or will do such testing.”

Which prompts Hugh Selby to ask: “why would that be?”

The authors, who are not members of Neill-Fraser’s current legal team, argue that their findings justify the Attorney-General to seek leave to have the appeal currently under consideration reopened.