In Part 1 of this series, we referred to the damaging effect that tunnel vision can have on the entire criminal justice process, from start to finish. Following the Australian examples in Part 1 (published January 15, 2020), here in Part 3 we outline a deeply disturbing example of tunnel vision from the US which demonstrates its extraordinary ‘stickiness’. (Part 2, concerning the case of Cardinal George Pell, was published March 13, 2020. The High Court decision in Pell will be delivered on Tuesday, April 7, 2020.)

We rely for this example on a paper by Keith A. Findlay (University of Wisconsin Law School; Legal Studies Research Paper No. 1116: Conviction of the Innocent – lessons from psychological research. Tunnel Vision by Keith A. Findley) to demonstrate the long term detrimental effect that tunnel vision can have.

The wrongful conviction of Marvin Anderson illustrates how tunnel vision can corrupt the truth-finding functions of the criminal process. In 1982, Anderson was convicted of robbery, forcible sodomy, abduction, and rape of a twenty-four-year-old woman in Hanover, Virginia (Joannou & Winstead, 2006). Police focused on Anderson because the rapist, who was African American, had mentioned to the victim that he had a white girlfriend, and Anderson was the only black man police knew of who was living with a white woman. 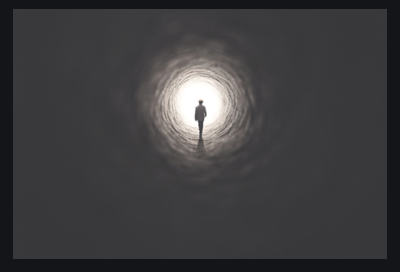 But Anderson did not fit the victim’s description of her attacker in several respects.

Anderson was taller than the man the victim described and, unlike the attacker, Anderson had a dark complexion, no moustache, and no scratches on his face. Nonetheless, the victim selected Anderson’s photo from a photo array-an array in which Anderson’s photo was the only one in color, and the only one with his social security number printed on it. Thirty minutes later, police presented Anderson again in a live-person lineup, and the victim again picked him. Many of the procedures used in Anderson’s identification process are now widely recognized as suggestive or flawed in ways that can lead an eyewitness to mistakenly identify an innocent person.

There were other reasons to doubt the identification as well. A forensic scientist testified that she had performed blood typing on swabs from both Anderson and the victim and was unable to identify Anderson as the source of semen samples collected in the rape kit. In addition, Anderson presented four alibi witnesses who all testified that they saw him outside his mother’s house washing his car at the time of the attack. None of this evidence, however, was enough to overcome the eyewitness identification.

Tunnel vision infected Anderson’s case from the beginning, leading police, prosecutors, defense counsel, and eventually the jury and reviewing courts, to minimize and discredit the alibi evidence, the mismatch between the victim’s description of the perpetrator and Anderson’s appearance, and the absence of physical evidence. Even more significantly, the premature focus on Anderson meant that no one pursued evidence that was available before trial that pointed toward the true perpetrator (Joannou & Winstead, 2006).

In 2002, twenty years after Anderson’s conviction, DNA testing proved that he did not commit the crime. The DNA testing also identified the true perpetrator – a man named Otis “Pop” Lincoln. The match to Lincoln should not have come as a surprise. Two friends of the Anderson family said before trial that just before the rape they saw Lincoln riding a bicycle toward the shopping center where the attack occurred-a significant fact because the attacker rode a bicycle.

Moreover, these witnesses heard Lincoln make sexually suggestive comments to two young girls, and then boast that he would force himself onto a woman if she refused his advances, as he rode past. The owner of the bicycle that was used by the assailant said that Lincoln had stolen it from him approximately thirty minutes before the rape. After Anderson was arrested, others in the community reported that Lincoln drove by Anderson’s house because he wanted to see “the young boy who was taking his rap” (Joannou & Winstead, 2006). Moreover, unlike Anderson, Lincoln had a criminal record for sexual assault and was awaiting trial for another sexual attack at the time. Despite all this, no one had investigated Lincoln.

Eventually, six years later, at proceedings on Anderson’s application for habeas corpus, Lincoln confessed fully to the crime in court under oath and provided details of the attack.

Nevertheless, the same judge who presided over Anderson’s original trial refused to credit Lincoln’s confession. The Governor subsequently refused to intervene and denied clemency. Anderson remained in prison, and then on parole, for several more years until DNA testing confirmed that Lincoln, not Anderson, was the attacker.

Other aspects of the case also reveal just how sticky erroneous beliefs in guilt can be. Despite the weakness of the case against Anderson, and the abundance of evidence that should have alerted authorities to investigate Lincoln, the original prosecutor in the case claimed that, until the exoneration, he thought the Anderson case was “the clearest case he had ever had”. And although Anderson’s trial lawyer made numerous egregious errors, including failing to disclose a conflict of interest and failing to introduce known evidence against Lincoln, the trial court was unwilling to grant a new trial on a claim of ineffective assistance of counsel.

In short, from start to finish, actors at every stage of the process focused entirely on Anderson and refused to consider the possibility that other compelling evidence pointed toward another person. The system clung to the early belief in Anderson’s guilt until DNA testing conclusively and irrefutably proved the error and forced the system to look outside the tunnel.

As Anderson’s case illustrates, tunnel vision is a serious problem in police investigations, but it also infects all other phases of the criminal justice process.