The Dreyfus Affair – 124 years later, not much change

October 15 this year (2018) marks the 124th anniversary of the first of two dates that reverberate through the annals of justice, recalling one of the most infamous cases of a wrongful conviction – thanks to ill will and bad ‘science’. (Not much has changed.) On October 15, 1894, French Army Captain Alfred Dreyfus was arrested for treason – without any credible evidence. On October 15, 1906, Dreyfus was put in command of an artillery unit at Saint-Denis – having been fully exonerated in July that year.

His crime was said to have been passing secret information to the Germans regarding new artillery parts. The prosecution case rested on a single piece of paper, the bordereau. His handwriting, said Alphonse Bertillon, an ‘expert’ witness, didn’t match his real handwriting because it was a self forgery. That was the ‘damning’ evidence against Dreyfus – a failure of expert witness testimony, which bedevils our criminal justice system to this day.

That damning evidence brought to the court by Lieutenant Hubert-Joseph Henry was in fact a real forgery. Henry was later called in for questioning and managed to protest his innocence for only an hour before he confessed. He was sent to the military prison at Fort Mont-Valerin. While halfway through a bottle of rum and midway through a letter to his wife, Hubert-Joseph Henry wrote “I am like a Madman” and proceeded to slit his throat with a shaving razor. 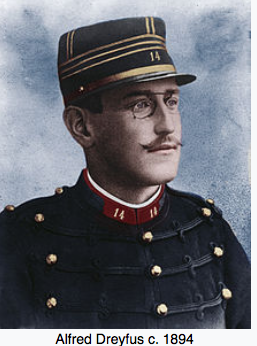 On January 5, 1895, Dreyfus, the youngest son of a Jewish family originally from Alsace-Lorraine, was convicted in a secret court martial and sentenced to life imprisonment on Devil’s Island, the penal colony in French Guiana (which boasted a 75% death rate). Before his deportation, he was subjected to the public humiliation of being stripped of his rank – with a crowd of 20,000 watching and roaring as his sword was ceremonially broken and his uniform torn.

He spent four years in that cruel prison before being released after the new Chief of Military Intelligence, Lieutenant Colonel Georges Picquart, reported to his superiors that he had found evidence to the effect that the real traitor was Major Ferdinand Walsin Esterhazy. Picquart was sent off to French Tunisia to get him out of the way and avoid embarrassment. But the news was leaked to the papers, and there ensued much heated debate about anti-Semitism – and justice.

But in what is by now a familiar show of establishment camaraderie, Esterhazy was found not guilty by another secret court martial – before fleeing to England. There was a massive outpouring of support for Dreyfus, notably from artists and intellectuals – and famously, novelist and journalist Emile Zola, whose impassioned plea to President Felix Foure for a pardon was published on the front page of the January 13, 1898 edition of the Paris daily, L’Aurore under the title, J’Accuse. 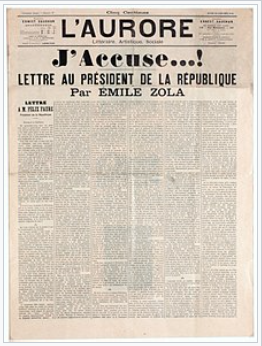 It accused the highest levels of the French Army of obstruction of justice and anti-Semitism, a sentiment which had fuelled sections of the press, the public and the establishment. It was left to Emile Loubet as the new President, to pardon Dreyfus, 10 days after the sudden death of Faure in scandalous circumstances.

But when in 1899, Dreyfus returned to France, he faced another trial; and he was again convicted. It again divided and further embittered France.

FOOTNOTE: This is a scant and superficial summary of the Dreyfus affair. Recommended reading: An Officer and A Spy (Hutchinson, 2013) by Robert Harris, a superb historical fiction (based on facts) about the Dreyfus affair, told through the eyes of Lieutenant Colonel Georges Picquart 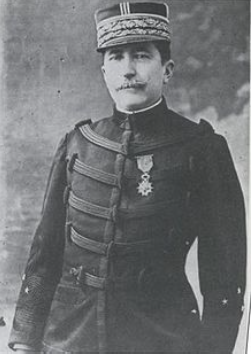 1 Response to The Dreyfus Affair – 124 years later, not much change