Australian democracy not always by the ‘rule of law’

In the context of the immigration debate Australia’s Prime Minister (and lawyer of renown), recently extolled the virtues of Australian democracy and its adherence to the ‘rule of law principles’, yet “the criminal appeal system in Australia has failed to comply with its obligations to apply the rule of law,” according to two legal academics, Associate Professor Bibi Sangha and Dr Robert Moles, both of Flinders University, who are calling for an inquiry into ‘abuse of process’ in the system.

“The requirement to ensure that persons accused of criminal offences receive a fair trial and that they also have the right to an effective appeal would hardly be contentious,” they say in a joint statement which claims that Australia is failing its human rights obligations “contained in the International Covenant on Civil and Political Rights which Australia ratified in 1980.”

As the law stands in Australia, after an unsuccessful appeal a person is only entitled to bring a further appeal with the consent of the Attorney-General – the very person who has responsibility for the conduct of the courts, prosecutions and the forensic services.

Since they first raised these concerns, South Australia (in 2013) and Tasmania (in 2015) “have passed legislation to create a new right of appeal which grants further access to the courts without requiring the permission of the Attorney-General. Western Australia is in the process of implementing a similar amendment. This means that the other Australian states and territories continue to operate appeal systems which are defective in this way.”

Whilst criminal law and criminal appeals are largely a matter of state and territory law, say Sangha and Moles, “compliance with international human rights obligations comes within the jurisdiction of the Federal Attorney-General. Until these recent changes, Australia had ‘common-form’ appeal provisions for over 100 years. For some states now to have criminal appeal rights not available to citizens in other states is not only unfair but is also a breach of the rule of law principles which require equal treatment under the law.”

Sangha and Moles refer in their statement to significant deficiencies in the South Australian criminal justice system which represent departures from the rule of law principles “well beyond anything previously experienced in Australia, Britain or Canada.

“In the mid-1970s, then recently appointed Chief Forensic Pathologist (since retired) was experiencing some difficulties with his employer, the forensic science centre in Adelaide. Unsatisfied with his performance, they had tried to appoint a senior pathologist above him. He responded by taking them to court claiming the proposed appointment would have breached his contract which made him the head of the department.

“During those proceedings, the head of the forensic science centre stated on oath the difficulties they had with this pathologist. He said the pathologist was not qualified to certify cause of death. He had never been trained in histopathology (looking at tissue slides down the microscope) – which was an essential component of a complete forensic autopsy. He said the pathologist did not have any expert qualifications which would have meant that he was not qualified to give expert evidence in criminal trials.

“Whilst the civil proceedings were determined in favour of the pathologist, that did nothing to improve his qualifications as a pathologist or as an expert witness. It remains to be explained why the state of south Australia then allowed him to continue in both capacities for the next 20 years.” 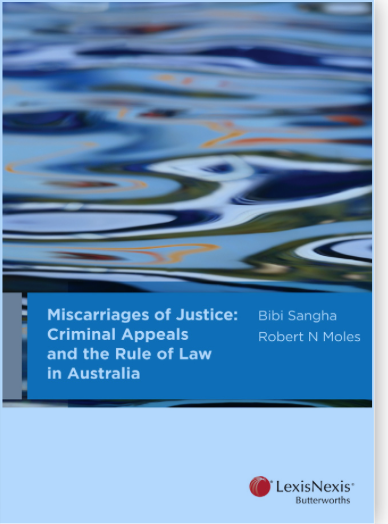 In their 2015 book, Miscarriages of Justice: Criminal Appeals and the Rule of Law in Australia, Sangha and Moles explained that this matter brings into question all of the 400 or so convictions which that pathologist had helped to secure, and, in addition, the 10,000 autopsies which he undertook.

In their statement, they cite a further cause for alarm: the Coroner in 1995 had delayed the disclosure of his report on some baby deaths in which he had described the pathologist, in effect, as being incompetent and dishonest. “That non-disclosure could well have contributed to the wrongful conviction of Henry Keogh who only recently had his conviction for murder overturned after he had served 20 years.”

Further, the authors also note, “the Solicitor-General in 2004 had failed to disclose another report which made it clear that the death of the young woman in the Keogh case had resulted from an accident and not a homicidal assault. That failure cost Keogh ten years of his imprisonment. The report was not disclosed until Keogh exercised his right of appeal under the new appeal provisions. By then, the former Solicitor-General had become the Chief Justice in South Australia.”

The information about the failures of the appeal process and of the trial and forensic processes in South Australia has been on the public record now for many years, say Sangha and Moles. “If we truly wish to be a nation which requires our new citizens to respect the rule of law, then it is imperative that our prosecutors, judges and other legal officials set a good example. Perhaps the Federal Attorney-General should be speaking to his state counterparts to see if they can improve their game and perhaps conduct an inquiry into what is the worst abuse of process to take place in the common law system in recent memory.”

* See for example the ABC 4 Corners Program Expert Witness 22 October 2001 and the book by Moles, A State of Injustice, 2004, both of which are available online.